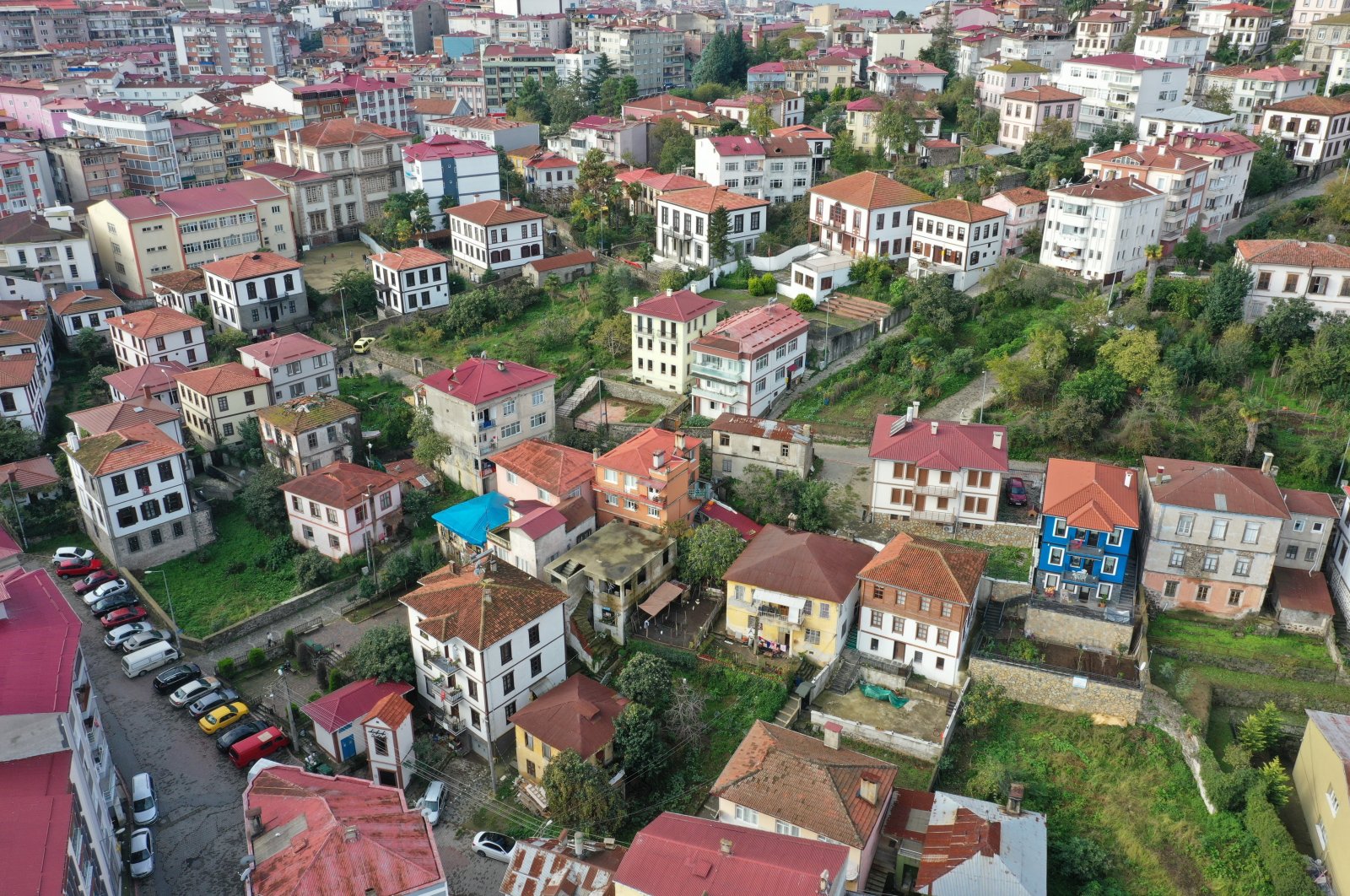 The authentic houses of the Zeytinlik neighborhood in northern Giresun province, built with the materials brought by trading vessels from the French city of Marseille nearly 200 years ago, are poised to enter the Tentative List of UNESCO World Heritage Sites. Creating a rare neighborhood culture in Anatolian civil architecture, the houses have been restored with the support of the Eastern Black Sea Development Agency (DOKA), which operates under the Ministry of Industry and Technology.

Wealthy miners who came to Giresun from Gümüşhane province in the 19th century settled in the area known as Zeytinlik today. The people of Zeytinlik grew their business through shipping line operations and hazelnut trade. They also built fascinating houses with their earnings. These houses made with materials brought from Marseille, with which they traded hazelnuts, eventually became one of the landmarks of Giresun. Zeytinlik had an important place in the social life of the region with its houses featuring large gardens, ovens, hearths, wells, laundries and outbuildings.

However, some of the houses that were sold over generations were in a dilapidated state while others had lost their original charm due to the changes made over the years. Joining hands with the Giresun Provincial Special Administration, DOKA prepared a model project for regional development to revive the houses of the neighborhood. Forty registered buildings in Zeytinlik have been restored in accordance with their original state as part of the Historical Zeytinlik Region Street Improvement and Urban Design Project with a budget of TL 4.5 million ($570,385). Some of the buildings were also serving as boutique hotels, cafes, restaurants and museums in an attempt to attract tourists to the region.

In a video message, Industry and Technology Minister Mustafa Varank said: “Built 200 years ago in Giresun with materials brought from Marseille, the Zeytinlik neighborhood is a beautiful reflection of our efforts for regional development. This ancient neighborhood, which has been revived with the support of DOKA, is now preparing to enter the Tentative List of UNESCO World Heritage Sites.”

The Zeytinlik neighborhood, where Greeks and Turks once lived together for years, was inhabited since the 16th century and known as the “Gogora Neighborhood” back then. During the population exchange following the Treaty of Lausanne in 1923, Greeks who migrated from the neighborhood were replaced by Turks who came from Thessaloniki. People whose homes were burned in a fire in Giresun’s Tirebolu district also relocated to the neighborhood.

The houses in Zeytinlik, which is the subject of folk songs, were registered by the Ministry of Culture and Tourism in 1991. Ottoman land registry records helped identify who built the houses and when, and who resides in them at the moment. While all the houses in the neighborhood were identified, the oldest one of them dates back to 1840.

The houses are notable for their architectural features such as unique gardens, gates, windows and interior design. It is worth noting that each was constructed in accordance with the golden ratio rule. This ratio, which describes the harmony of horizontal and vertical dimensions, has been used in architecture from ancient Greece to the present day. The golden ratio, which is an indicator of the excellence of the work in visual arts such as painting, photography and cinema, is defined as the numerical equivalent of universal beauty. Additionally, each house was positioned in a way that none of them blocked the daylight, landscape or air circulation of the others.

Gazanfer Iltar, the coordinator of the Zeytinlik neighborhood project, said that people see a European city in this neighborhood. Noting that almost all the materials of the houses including roof tiles, wrought iron and the door designs are from Marseille, Iltar said: “Furniture, chairs, pianos and consoles were also brought from Marseille. The houses you see here were actually smart houses of that era. Each house has its own ecosystem. There are cisterns, wells, hearths and ovens in their large gardens. The water flowing from the roofs is saved in cisterns under the entrances of the houses and used in daily work.”