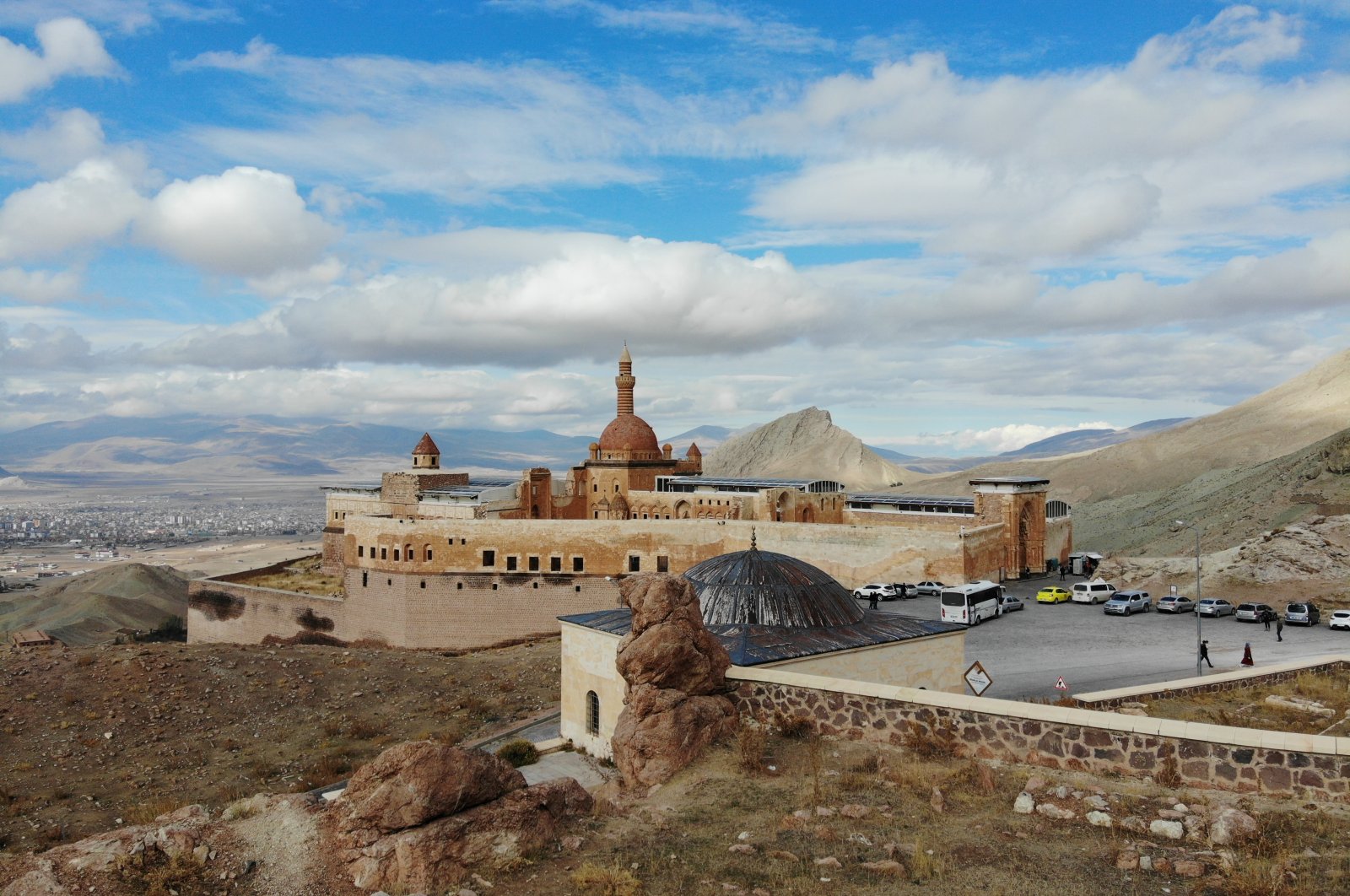 Every year tens of thousands of local and foreign tourists flock to historical Ishak Pasha Palace to soak in the architecture and history of the magnificent structure located in the Doğubeyazıt district of the eastern province of Ağrı.

The palace as an attraction brings significant revenue to the region as visitors come to see the spectacular structure consisting of 116 rooms, a shrine, a mosque, the palace walls, interior and exterior courtyards, a divan and harem halls. However, the Ottoman artifact remained closed for two and a half months, from mid-March to early June, due to the coronavirus outbreak.

During the normalization process launched in June as part of the fight against the COVID-19 outbreak, the palace reopened its doors to visitors. According to data from the Provincial Culture and Tourism Ministry, August was the busiest month for the palace as it attracted 27,169 visitors.

Ishak Pasha Palace's unique grandeur, positioned against the backdrop of the changing colors of nature over the cycle of the seasons, fascinates visitors and has hosted 105,000 tourists since January. The palace, experiencing an influx of visitors in the autumn months as well, currently receives visitors in accordance with mask-wearing and social-distancing rules under COVID-19 measures.

Considered one of the most prominent Ottoman artifacts in the Eastern Anatolia region, the palace is an ancestral heirloom of the Tulip Era, which was a peaceful and prosperous period between 1718 and 1730 in the Ottoman Empire. The palace is nestled on a hill between steep cliffs, bearing resemblance to an eagle's nest, and is noteworthy due to its history and architectural structure. Located at an altitude of 1,900 meters and 7 kilometers (4.34 miles) away from the district center, it is featured on the UNESCO World Heritage Tentative List.