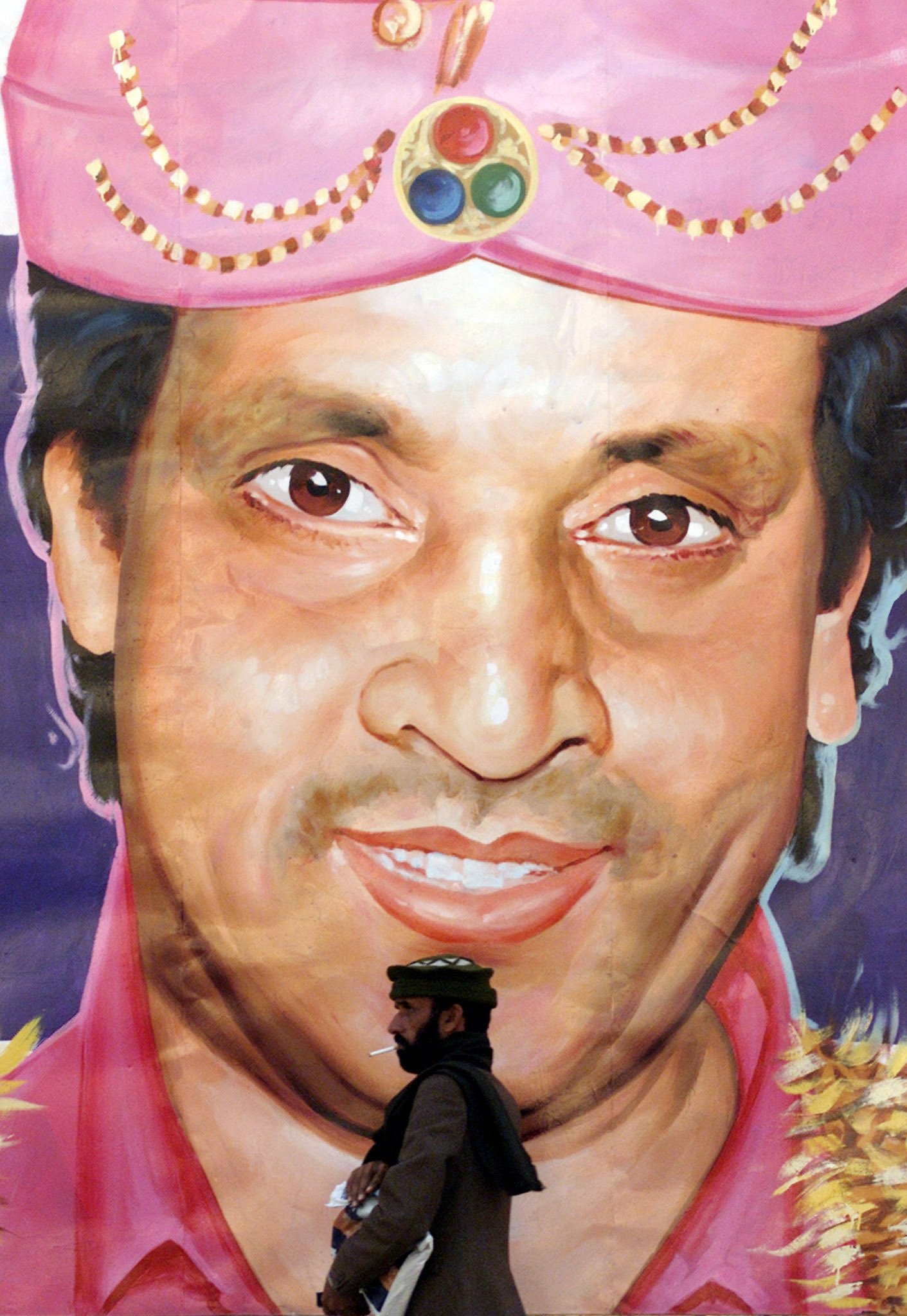 A Pakistani man walks past a huge portrait of Pakistani comedian and stage actor Umar Sharif outside a theater in Rawalpindi on the outskirts of Islamabad, Pakistan, Jan. 21, 2002. (Reuters Photo)
by Anadolu Agency
Oct 02, 2021 6:04 pm

Legendary Pakistani comedian Umer Sharif died at the age of 66 in a German hospital on Saturday, his family confirmed.

Sharif was battling cardiac ailments and was flown out of Pakistan on an air ambulance on Sept. 28 for a surgery in the U.S. scheduled for next week.

However, he was admitted to a hospital in Germany during a stopover as his condition deteriorated.

Born in 1955 in the southern port city of Karachi, Sharif started off as a comedian in stage dramas in 1974.

He also tried his luck in television and films, producing several major hits.

The stage, however, remained his forte as he, along with the late comedy icon Moin Akhtar, who passed away in 2011, pioneered stage dramas in Pakistan.

Sharif performed in dozens of countries around the world during his career.

His talent transcended the boundaries of politics, as proven by the love and adoration he received in neighboring rival India, where many entertainers over the years regard Sharif as a teacher and mentor.

Tributes for the famous comedian have poured in from people from all walks of life.

Prime Minister Imran Khan and opposition leaders Shehbaz Sharif and Bilawal Bhutto Zardari were among a number of politicians and dignitaries who joined the entertainment and media industry in grieving the entertainer's death.