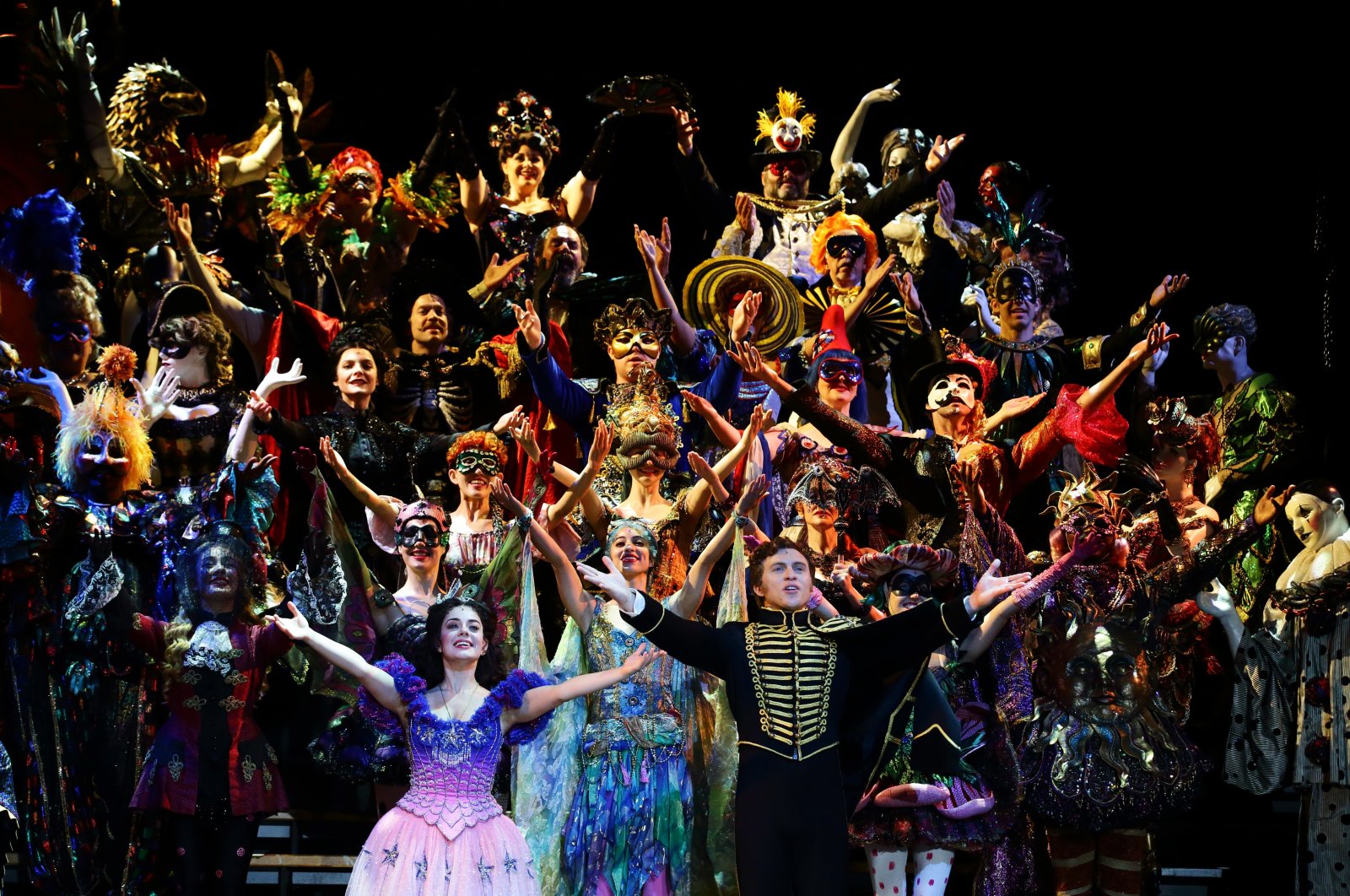 Cast members for "The Phantom Of The Opera" perform on stage during a media preview at the Sands Theatre at Marina Bay Sands, Singapore, April 25, 2019. (Getty Images)
by REUTERS May 27, 2021 9:45 am
RECOMMENDED

After a delay of more than a year due to the COVID-19 pandemic, the Tony Awards, the highest honors for plays and musicals of Broadway theater, will finally take place on Sept. 26, The Broadway League announced Wednesday.

The awards will be handed out during a four-hour special on CBS television and streaming platforms and will mark the return of live shows in New York City that have been shuttered since March 2020.

"After this devastating past year and a half for our industry, our city and for the entire world, we are excited to finally be able to celebrate the return of Broadway, our Tony Award nominees and winners," Charlotte St. Martin, president of The Broadway League, and Heather Hitchens, president and CEO of the American Theatre Wing, said.

The nominations for the 2020 Tony Awards were announced last year but the annual ceremony was postponed indefinitely because of the pandemic.

Many Broadway shows, including the three biggest musicals "Hamilton," "The Lion King" and "Wicked" have announced in recent weeks that they will reopen in mid-September.

Called "The Tony Awards Present: Broadway's Back!," the Sept. 26 special will include a live concert featuring Broadway stars performing classic hits on stage.

There will also be performances by the casts of best musical Tony contenders, "Jagged Little Pill," "Moulin Rouge: The Musical," and "Tina: The Tina Turner Musical."

The top three Tony awards – best play, best play revival and best musical – will be handed out during the portion of the show that will be broadcast on CBS television.

Other Tony awards will be presented during a presentation broadcast on the Paramount + streaming platform.

Some of the Tony-nominated shows, including "Slave Play," and AIDS drama "The Inheritance" have closed and will not resume performances when Broadway reopens in the fall.

The Alanis Morissette-inspired "Jagged Little Pill" got a leading 15 Tony Award nominations, followed by "Moulin Rouge! The Musical," an adaptation of the 2001 film, with 14.