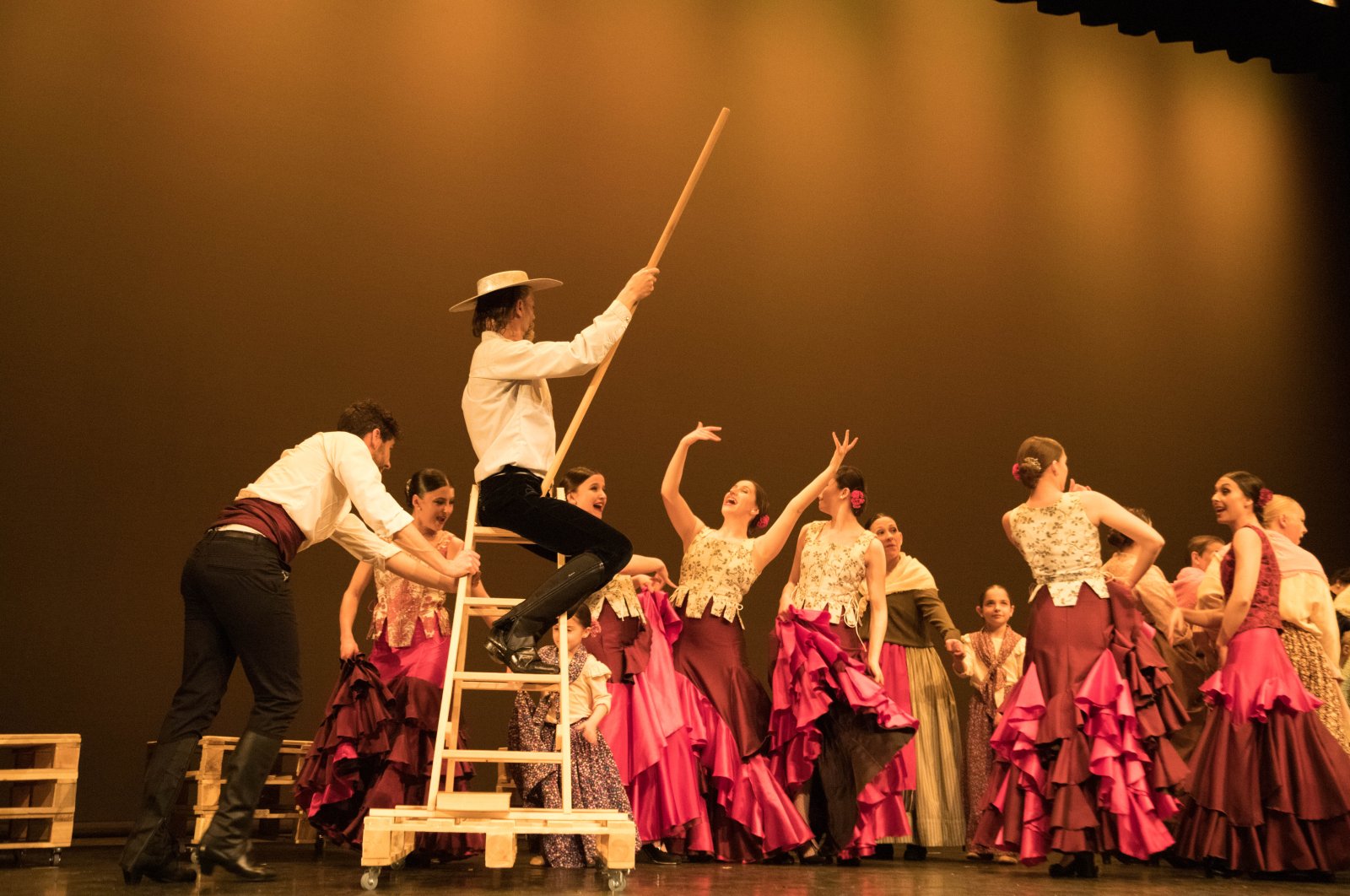 A scene from the “Don Quixote" show by the Jose Huertas Flamenco Ensemble.
by DAILY SABAH Mar 13, 2020 12:56 pm
RECOMMENDED

This rendition of “Don Quixote” by Jose Huertas deals with all aspects of the life of the noble knight. So far, Huertas has cooperated with Antonio Gades and Aida Gomez, two veteran flamenco artists and has founded his own dance troupe while continuing his bright career full of success.

Huertas, the artistic director, choreographer and principal dancer of the show, touched on the “Don Quixote” rendition they will perform, saying: “I do not think this character that Cervantes created nearly 400 years ago is crazier than any of us. He is a character who has experienced what we call ‘emotional development’ today. Sometimes he fights with the windfalls to overcome his fears, sometimes he pursues the woman he loves and the pure love, and sometimes he finds his inner voice, his sane and mature side in his loyal friend Sancho. In this adaptation, we will try to reflect Don Quixote with all these features.”

The show, which describes Don Quixote's world of emotions with music and costumes reflecting Spanish folklore, will be staged at the CRR Concert Hall in Istanbul for the first time at 8 p.m.

Life of the dancer

Huertas was born in 1970 in Seville. He moved to Barcelona in 1975 and began studying flamenco with his mentor Jose de la Vega. He received a master's degree in Spanish dances at the Instituto del Teatro en Danza Espanola. He made his first tour to Italy with the show “Flamenco Por Derecho." Thanks to his talent and disciplined study, he had the opportunity to dance with the most well-known national ensembles in the field of Spanish dances and flamenco. He danced in the play “Cordoba Lejana” under the direction of Yoko Komatsubara. He was invited as a guest dancer to the Spanish Ballet by Rafael Aguilar in 2000 and to the Spanish National Ballet by Aida Gomez one year later. He toured to perform the shows “Oripando” and "Poeta." At the age of 24, he joined the ensemble of Antonio Gades, one of the doyens of flamenco, and he became a principal dancer one year later. He took to the stage instead of Gades in the representations of Carmen and Fuenteovejuna. In 2002, he founded his own company to present a more modern flamenco vision. His performances were staged in respected halls in Spain as well as in Europe. As well as being a dancer, choreographer and artistic director, Huertas has been teaching at the Malaga Conservatory since 2009. Huertas is known in the dance world for his respect for his teammates, his work ethic, his ideals and his efforts to make sure that new generations take advantage of this knowledge and experience.