Shadow play 'Karagöz and Hacivat' visits you at home throughout Ramadan 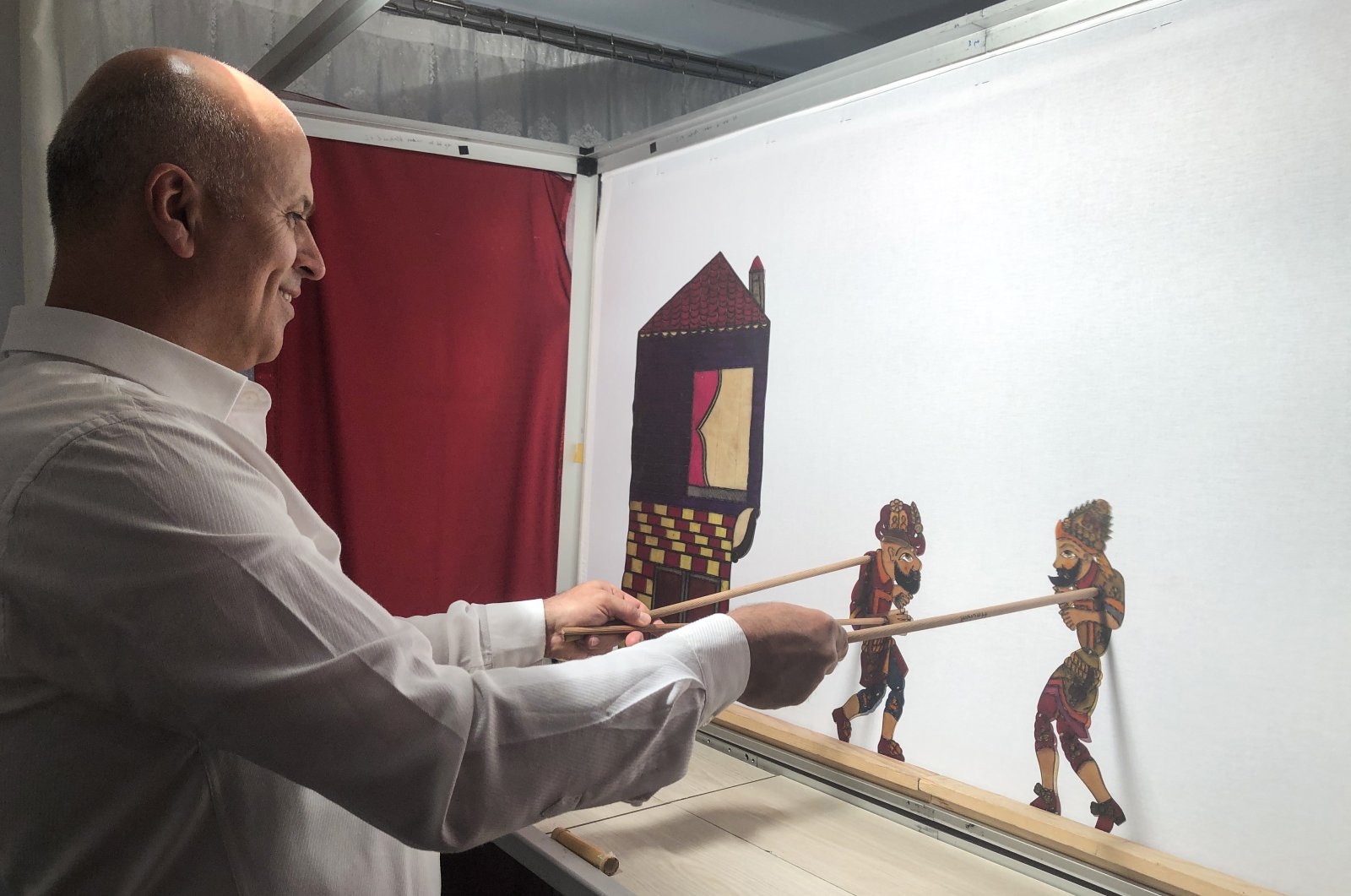 Suat Veral performs a shadow play with the Karagöz and Hacivat characters, in this undated photo. (AA Photo)
by Anadolu Agency May 05, 2020 11:58 am
RECOMMENDED

Tango Bardo to sizzle Istanbul with a special show

"Karagöz and Hacivat," a traditional Turkish shadow play that is a popular form of entertainment on Ramadan nights, is being performed on social media by Suat Veral, one of the outstanding masters of this art, and his niece Merve İlken, the first female Karagöz artist in Turkey, during the coronavirus pandemic. Veral and İlken, who have made great efforts to pass down the traditional Turkish shadow play to the next generations, have brought their online "Karagöz-Hacivat" performance to Turkish people across the country during this time of self-isolation.

The show, prepared and presented by the duo, airs half an hour after iftar, the fast-breaking meal, every evening during Ramadan on the Instagram account of a carpet company that sponsors them.

Shadow play artist Veral said that the iconic characters Hacivat and Karagöz are at home like everyone else in the month of Ramadan due to the measures taken to stop to spread of the coronavirus pandemic. Indicating that they are continuing their shows online, Veral said that Karagöz and Hacivat appear in front of the audience with new subjects and that they have adapted very well to the current environment.

Emphasizing that Karagöz and Hacivat continue to boost the morale of the audience in these tough times, Veral noted: “The content of the subjects in the shows of Hacivat and Karagöz gives children and adults a fun and beautiful adventure. They continue to convey their messages to the public with their shows. In this month of Ramadan as well, children, young people and society take great interest in Karagöz and Hacivat.”

Veral, who has been in the profession for 41 years, added: "I always prepare for new innovations that I can offer to the community. Surely, innovations have shed light in the present day as well. Karagöz and Hacivat have shown their readiness on social media.”

Expressing their dedication to performing shadow play art, Veral continued: “Shadow play has always supported the community and these two characters have told us a lot. With new topics today, Karagöz and Hacivat give us good messages in terms of morale and motivation.”

“In these times, Karagöz and Hacivat make their voice heard in many houses, maybe by all the people at the other end of the world, through the internet, in an environment where the audience is mostly online. I think we should look at the bright side of the issue. Sometimes we have to go through this. We are at home, but Karagöz and Hacivat are at home as well, and beautiful messages from home go all the way to the other end of the world," he said.

İlken, the first female Karagöz artist in Turkey, also noted that they have pondered the questions: “How will 'Karagöz and Hacivat' advance with technology?" "Will Karagöz be affected by technology?"

Pointing out that Karagöz is a guest in all houses thanks to technology in this month of Ramadan, even if not in the squares, İlken stated: “We continue the shadow play through social media without breaking Karagöz's line. At this point, our kids will try to use social media for good. They will meet with their families at a common point on social media.”

Tango Bardo to sizzle Istanbul with a special show