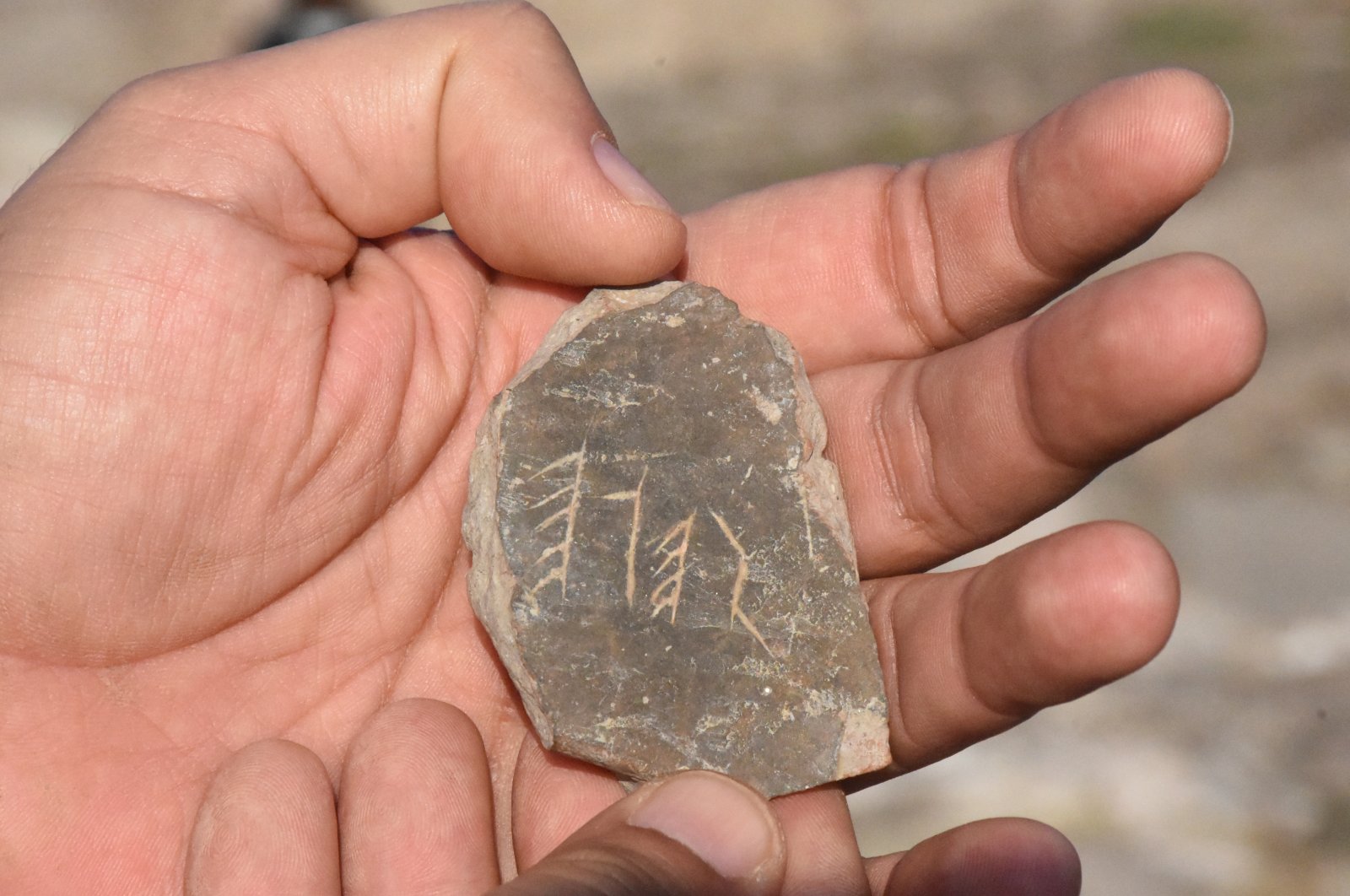 A member of the research team holds an artifact featuring Runic inscriptions discovered in the ancient city of Tieion in Zonguldak, northern Turkey, Dec. 9, 2020. (AA Photo)
by Anadolu Agency Dec 10, 2020 10:18 am
RECOMMENDED

Inscriptions believed to be the oldest ever found in the Black Sea region and Doric headers used in ancient architecture have been unearthed in the ancient city of Tieion in northern Turkey.

The ancient city is located in the town of Filyos in Zonguldak province, and excavation work is being carried out by a team of 30 archaeologists.

"We have found pieces (with inscriptions) in the Runic alphabet. This is of great importance for us in terms of being the oldest written document found on the shores of Turkey's Black Sea," Şahin Yıldırım, head of the excavation team, told Anadolu Agency (AA) on Wednesday.

Yıldırım said the findings unearthed around a Roman temple show the presence of Phrygians before the Hellenes. "Earlier we found residential structures dating to the last quarter of the seventh century B.C., all of which were linked to the Hellenistic colonization," he added.

It was believed that the cities were set up by the Hellenes in the region; however, earlier local settlements and cultures have been discovered with these excavations, he said. "So, we can say that when the Hellenes came to the Black Sea region and established cities, tribes of Phrygian origin were among the local tribes."

"We have uncovered more information about the oldest Doric temple in the Black Sea region," Yıldırım said, referring to the discovery of Doric headers dating back to the seventh century B.C.

"As far as we can see, one of the oldest Doric temples of the Black Sea has been discovered. This will provide very important archaeological data," he said, adding that the ancient city was the only one on Black Sea shores.

Tieion was founded by the Miletus colony led by a priest named Tios. The city was demolished and looted by the Romans and rebuilt as a trade and fishing area. The region was later turned into a fishing town. Excavations in the ancient city, which started in 2006, intend to shed light on the history of the Black Sea and Asia Minor.