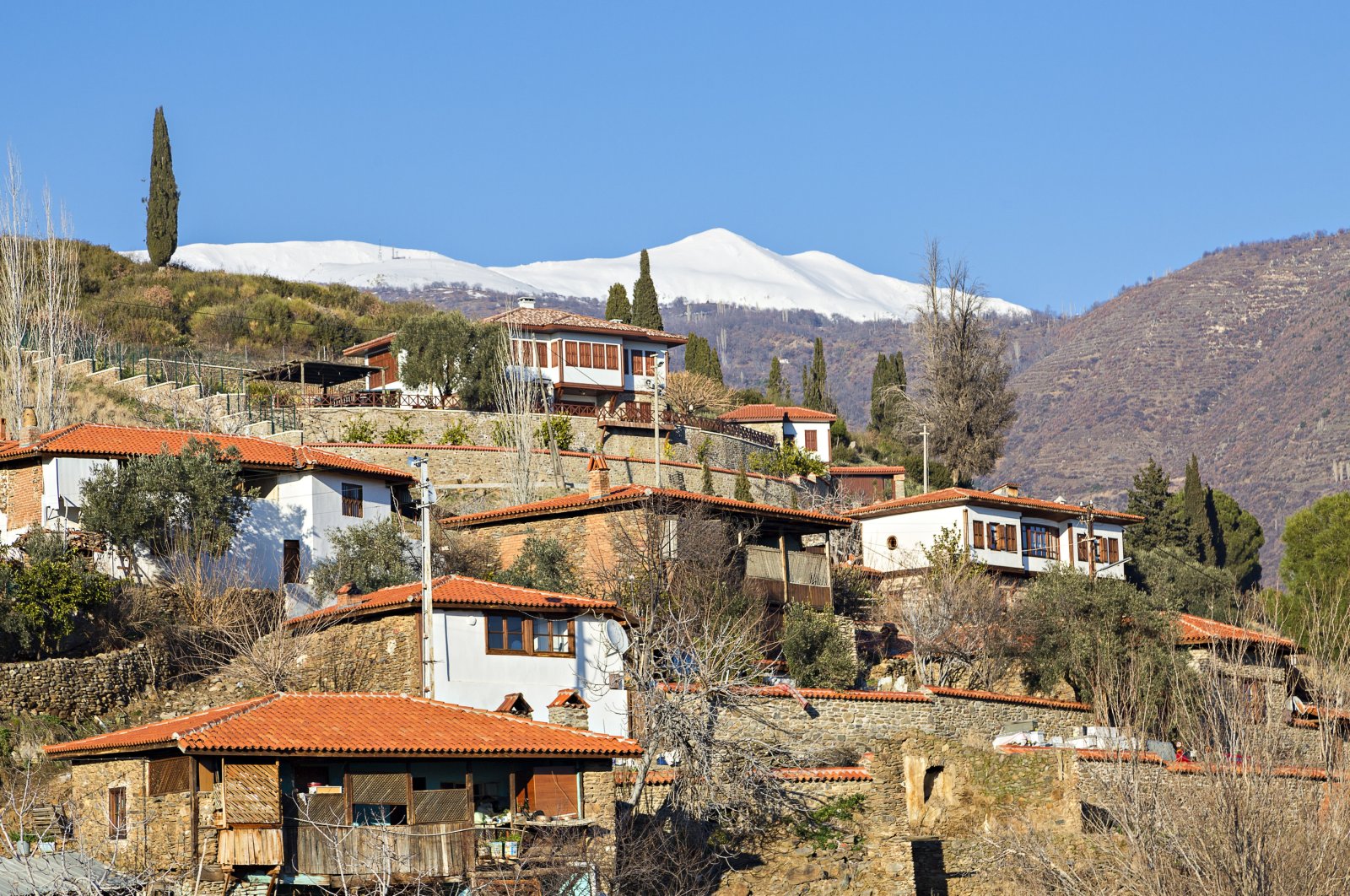 Izmir’s small town of Birgi, known for its showcasing of Turkish architecture and as a hub for cinematic productions, will become a more popular destination for tourists with a new walking trail project

The Birgi town of Izmir province, situated on Turkey's Aegean coast, will attract even more tourists thanks to the "Efeler Walking Trail" project. This trail connects the villages and plateaus in the Bozdağlar – an age-old mountain range known as the Tmolus mountains in Greek and Roman history – and the Aydın Mountains.

Birgi, located in the Ödemiş district southeast of the city of Izmir, is estimated to have been a residential area since 750 B.C. Bearing traces of the Phrygian and Lydian civilizations, the Persian and Pergamon kingdoms, the Roman and Byzantine empires, and the periods of the Aydınids and the Ottomans, Birgi has hosted a vibrant social life for nearly 3,000 years, sustained by its water resources and fertile lands. The influence of diverse civilizations that lived in the region can be seen in the architecture of its tombs, mosques, fountains, baths and libraries.

The historical place, whose architecture built during the time of Aydınids has survived to the present day, was also placed on United Nations Educational, Scientific and Cultural Organization’s (UNESCO) World Heritage Sites Tentative List in 2012. The new trail through the area takes visitors on a journey through time and showcases astounding Turkish architecture.

Birgi, which has made a name for itself in cultural tourism in recent years, aims to host more local and foreign tourists. The Efeler project is a 500-kilometer (311-mile) walking trail that connects the villages and plateaus which were inhabited by Efe, the leaders of Turkish irregular soldiers from the Aegean Region in the Bozdağlar and Aydın Mountains, to the old villages. It is expected to make major contributions to regional tourism. The project is jointly being carried out by the Izmir Governorship, Izmir Metropolitan Municipality, Ege University, the Regional Directorate of Forestry and Izmir Provincial Directorate of Culture and Tourism.

In an interview with Anadolu Agency (AA), Yaşar Günaydın, the Birgi representative of the Rural Tourism Association, said that Birgi is historically very important and has been receiving an increasing number of tourists recently.

Indicating that TV series and films shot here play an important role in boosting tourism, Günaydın said: “A lot of TV series and movies have been shot in the last seven to eight years, boosting Birgi's recognition. Everyone who comes here is amazed. Meanwhile, Birgi is developing; touristic businesses continue to open here. There was an external restoration process that started 10 years ago, which made Birgi very beautiful and revealed its values. Most of the visitors are local and a small number of foreign tourists come. Therefore, Birgi is not in a position it deserves. This is a very impressive place that should be seen by everyone.”

Günaydın noted that they expect this place to become a center of attraction with the implementation of the trail project and that they are excited by ongoing works.

Pointing out that the project bears many elements and that a special walking route has been prepared, Günaydın said: “The project is a very comprehensive work. With the project, we expect foreign tourists to flock here. When they discover this place, I am sure more people will come.”

With the project, in a month's time, tourists will be able to walk along a scenic route immersed in history and surrounded by nature. On the trail, which will be open for walking nine months out of the year, visitors will be able to see many historical villages and national parks and discover the historical value of the Birgi neighborhood and its amazing architecture.

One of the important architectural works in the town, the Great Mosque of Birgi, with its rich decorative woodwork and tiling, was completed in 1312 on the orders of Mehmed Bey, the founder of the Aydınid dynasty.

The Çakırağa Mansion, another spectacular structure in the town, was built by a leather merchant in the 18th century. It represents the architectural style of that era.

The Kerimağa Mansion, which has been under restoration recently, also comes to the forefront. The mansion, thought to have been built in the 19th century or a little earlier, bears the characteristics of the two-story classical residences in Birgi. It was built with a wooden carcass system, with bricks and mud mortar, and there are skylights covered with a straw plaster. In certain parts, there is plaster-stained glass.