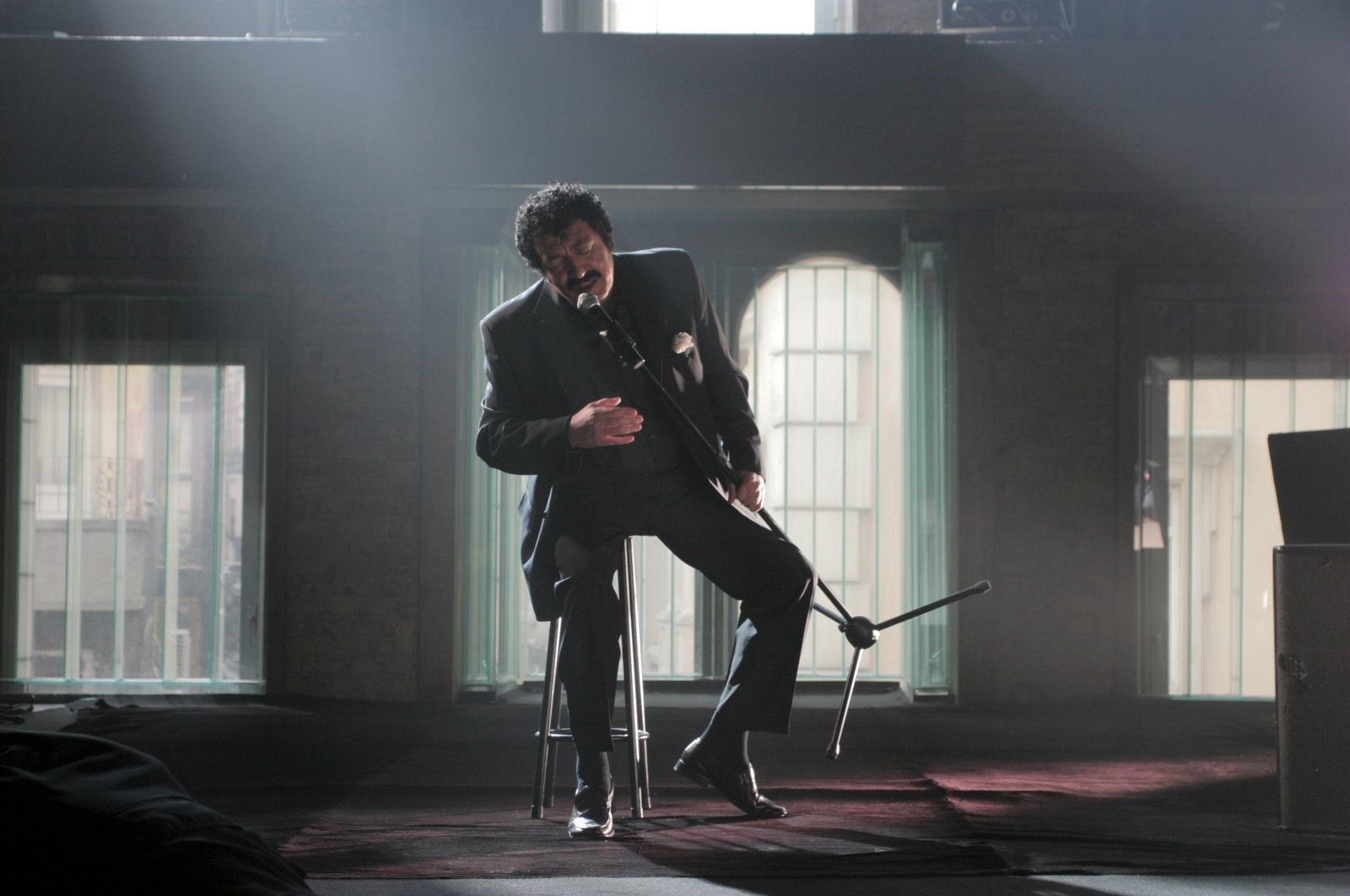 Müslüm Gürses in a scene from his clip for the song "Bir Ömür Yetmez Ki."
by Anadolu Agency Mar 03, 2021 1:42 pm
RECOMMENDED

Müslüm Gürses, one of the biggest talents of the arabesque genre in the Turkish music scene, is commemorated on the 8th anniversary of his passing today.

Gürses was the first child of agricultural workers Mehmet and Emine Akbaş, born on May 7, 1953, in southeastern Şanlıurfa province in Turkey. The Akbaş family, including Gürses' siblings Zeyno and Ahmet, migrated to southern Adana province when he was three years old due to economic difficulties. He was unable to continue his education after primary school and earned money repairing shoes and as a tailor for a period of time.

In an interview, the unforgettable artist reminisces on those days, saying: “I was fond of singing requiems as I lay on the roof of our house at night. Meanwhile, a friend of mine was a regular at the Halkevi (people's house, a public institute for cultural activities), and I accompanied him once. We had valuable masters who trained us there.”

He was 12 years old when he first sang at a garden cafe in Adana and took home first prize at a contest held by the same cafe when he was 14. After that, he assumed the stage name Gürses (which translates into English as rotund voice).

Müslüm Gürses recorded his first LP in 1968. He went to Istanbul to make a second record in 1969, which became a total hit. In the early 1970s, he abandoned traditional folk songs and began singing real arabesque. Although he carried the world before him, the singer experienced deep tragedies in his life.

But in 1969, his father murdered his mother and sister Zeyno Akbaş on the same day and was jailed. Gürses refused to see his father even after he was released from prison.

In 1978, he was involved in a terrible accident while on tour in which he was presumed dead and sent to the morgue. At the last moment, it was discovered that the singer was actually alive and he was rushed to surgery. While lucky to be alive, the singer completely lost his olfactory perception and the incident partly affected his hearing.

However, Gürses overcame the dark years and lived life, playing a part in 38 films and producing 78 albums. He went on tour across Turkey putting on concerts and also performed in some European countries. During one of these tours, he met film actress and pop music singer Muhterem Nur. They married and Nur became his biggest supporter and healer.

In the 1990s, a special fan-base formed around Gürses, who dotingly refer to the singer as “Father Müslüm.” Despite all his fame, Gürses had a modest character. In the 2000s, the singer recorded covers of popular songs from other genres, cementing his position as a pop culture icon.

On Nov. 15, 2012, Gürses underwent bypass surgery and was put into intensive care due to heart and lung failure after this operation. He passed away on March 3, 2013, at the hospital and was buried at the Zincirlikuyu Cemetery in Istanbul.

The life story of the beloved singer was also reflected on the big screen with the movie “Müslüm,” directed by Can Ulkay and Hakan Kırvavaç, aka Ketche. The film became the most viewed film at theaters in Turkey in 2018, selling over 5 million tickets within a month of its release.