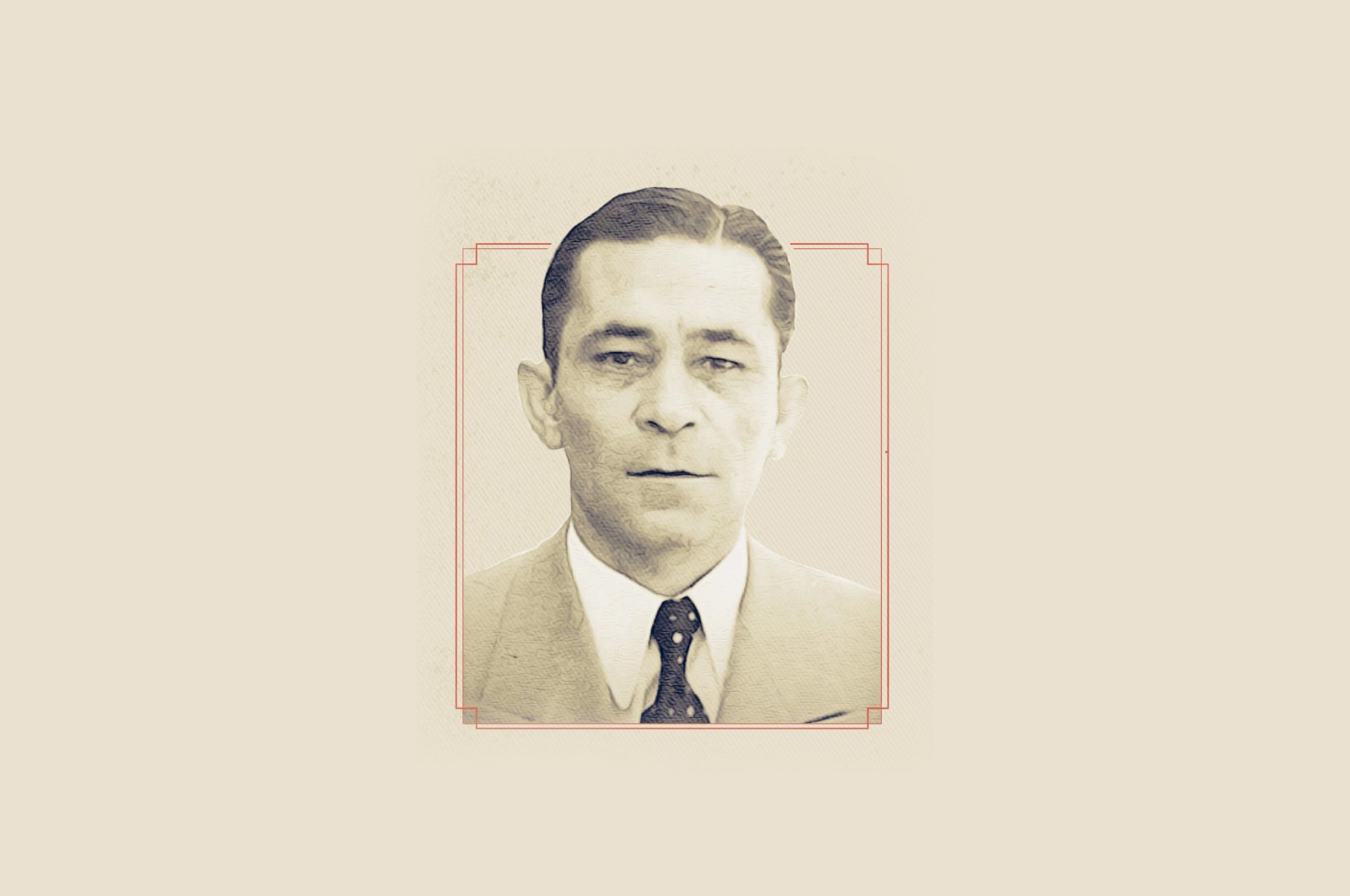 Cahit Sıtkı Tarancı worked as a public servant and a translator of poetry in public agencies during his literary career. (AA Photo)
by Hakan Arslanbenzer Sep 11, 2020 10:51 am
RECOMMENDED

Turkish poetry modernized via two different, perhaps rival, channels: The political, or ethical, channel carved by Namık Kemal – perhaps the greatest poet of the 19th century – and the channel rooted in the pensive poetry of the 17th and 18th centuries, as written by such literary titans as Nefi, Yusuf Nabi and Koca Ragıp Pasha. The former channel should be called "New Epic" within the history of modern Turkish poetry. On the other hand, the second trend was a lyrical one created by later poets, who were influenced by the French tradition, such as Yahya Kemal and Ahmet Haşim.

Though lyricism had been a core component of classical Turkish poetry, which was enriched by lyrical forms such as ghazals and rubaiyat, the new modern lyrical poetry owed much of its heritage to the Baudelairian approach (owing to the influence of French poet and critic Charles Baudelaire). This kind of poetry was a novelty for all national languages beginning with the mid-19th century, and the Turkish lyrical poets of the early 20th century bridged the pathetic soul of Turkish lyricism with the modern French styles, which yielded a new genre of delicate, short but delicious Turkish verse.

While the likes of Yahya Kemal and Ahmet Haşim carved the valley of modern Turkish lyricism, they were followed by literary figures such as Necip Fazıl Kısakürek, Ahmet Muhip Dıranas, Ziya Osman Saba and Cahit Sıtkı Tarancı, who managed to write subtler works than their masters. Saba, in particular, had a great influence on the subsequent Second New Movement, while Tarancı was the close trendsetter for the "Garip (or "First New") Movement" and many other separate writers.

Even today, the popular understanding of poetry owes much to Tarancı, perhaps because of how poetry is taught at schools. Moreover, there is something very adolescent in Tarancı’s style. Tarancı is a poet who explores loneliness, sudden pathetic moods, meaninglessness and the quest for joy in life.

Tarancı, born Hüseyin Cahit on Oct. 4, 1910, grew up in his family's stone mansion in the southeastern province of Diyarbakır. The 14-room manor was built in 1733 and consisted of four separate departments used over four seasons. The Ministry of Culture bought the kiosk from the Tarancı family in 1973, restoring it to be opened as the Cahit Sıtkı Tarancı Museum in 1974.

Tarancı’s father, Bekir Sıtkı, was a farmer and a merchant, while his mother Arife were cousins to each other. They had three daughters and three sons, of whom he was the eldest. The extended family recorded “Pirinççioğlu” as their surname after the 1934 Surname Law, while Bekir Sıtkı chose “Tarancı” (meaning "farmer" in old Turkish) for his nuclear family as a surname, partly because he had a great deal of money because of the rice trade – “Pirinççioğlu” means "son of rice farmer."

Tarancı was first schooled in his hometown, Diyarbakır. After elementary school, his family sent him to Istanbul, where he enrolled at the Saint Joseph French school and subsequently Galatasaray High School. At Galatasaray, he met Saba, who would be his closest friend for his entire life.

Tarancı graduated from Galatasaray and enrolled at the Mülkiye Mektebi (Faculty of Political Sciences) in 1931. However, he could not cope with the cultural shock he suffered and began drinking heavily. Furthermore, he was rejected by a number of female counterparts, which made him obsessed with his physical appearance. His early poems thus reflect a search for intimacy, aimlessness and indifference to the daily normal.

Tarancı left the Mülkiye Mektebi and enrolled at the Higher School of Commerce in 1935. Though he was not able to graduate from this school either, he began to work at Sümerbank in 1936. Two years later, he was sent to France to continue his higher education with the help of journalist and writer Nadir Nadi Abalıoğlu, who also published Tarancı’s short stories in the Cumhuriyet newspaper he presided over. Tarancı enrolled at the Paris Institute of Political Studies. During this time, he also worked as a speaker on the Turkish broadcasts of Radio Paris together with Oktay Rifat, another modern lyrical poet.

Tarancı was then forced to flee Paris due to the German invasion. He moved to Lyon, and then to Geneva before returning to Istanbul on a frightful passage over the war-stricken continent.

Tarancı was a well-read and loved poet from his first forays into verse. Such lyrical pieces as “Gece Bir Neticedir” (“The Night is a Consequence”) and “Uzak Bir Iklimde” (“In a Remote Climate”), written in his early 20s, have kept their place among the most-read lyrical poems of all times. These early works also reflect a serious influence from Kısakürek, especially in the theme of horror, the ambiguity between fantasy and reality, and a deep feeling of ressentiment.

Tarancı wrote frequently. He wrote more than 250 poems, though many of these consist of eight to 12 lines of folkloric meter and rhyme. He was a successful representative of modern lyrical poetry relying on the folkloric style. On the other hand, he only published two volumes of poetry during his lifetime. His complete works, including poetry, short stories and correspondences, mainly with Saba, have been published posthumously.

Tarancı worked as a public servant and translator of poetry in public agencies including Anadolu Agency (AA), the Turkish Grain Board (TMO) and the Industry Ministry.

He married in 1951 and divorced three years later. That year, in 1954, he suffered a severe stroke and was hospitalized. His family tried to get the best help for him, moving him to a hospital in Istanbul and later to his family home in Diyarbakır.

Tarancı died on Oct. 12, 1956, in Vienna, Austria, where his close friend Samet Ağaoğlu took him in order to get the necessary treatment. Tarancı’s body was buried in the capital Ankara, where he lived the last decade of his life.