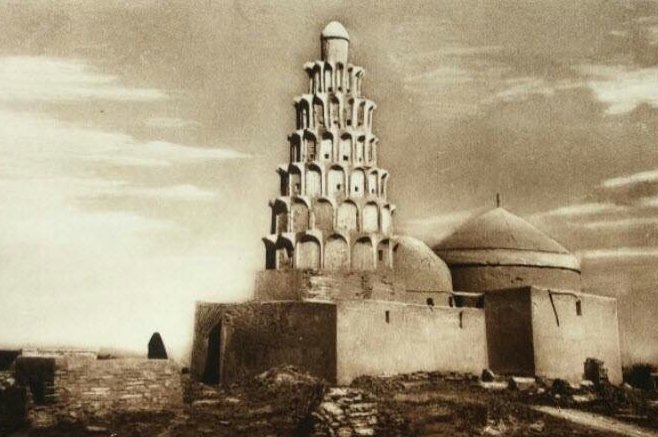 As an individual in the generation after the companions of Prophet Muhammad, Hasan al-Basri was a prominent Sufi figure blessed with keen insight and eloquence

Although there are numerous alternatives explaining the historical emergence of Sufism, the popular narrative tells us that Ali ibn Abi Talib or Abubakr al-Siddiq was the first of the Sufis. All Sufi orders attribute their lineages to Prophet Muhammad. However, it’s obvious that piety and asceticism, which are fundamental for Sufism, were not common among companions of Prophet Muhammad. The initial Muslim society did not renunciate any part or color of life. Some Muslims were inclined to leave certain aspects of living after Prophet Muhammad passed away. People began to praise such behaviors and feelings as asceticism, piety and melancholy after political clashes emerged among the leaders of the Islamic society.

First Sufi behaviors included weeping often and not laughing, continuous sadness, fear and love for Allah. Among the prominent figures of that initial period of Sufism, Rabia al-Adaviyya, Said ibn Musayyab and Hasan al-Basri can be noted due to their fame among Muslims of all ages. Al-Basri especially is considered the patriarch of Sufi tradition by many.

Al-Basri was born in 642, nine years after the Prophet’s death, in Medina to Yaser and Khayra, both freed slaves. Hasan was raised within the inner circle of the Prophet’s family. Umar ibn al-Khattab is said to have given the name Hasan (which means beautiful) to him and prayed for him when he was a child. He met more than 100 companions of the Prophet, 70 of which were ghazis who joined the Battle of Badr. Hasan went to Wadi al-Qura for studies. Anas ibn Malik, a companion of the Prophet, was his tutor.

Al-Basri’s family moved to Basra after the Battle of Siffin, an armed political clash between sects. Basra served both as a commercial port and as a military base. Military expeditions disembarked from Basra to the east, some of which al-Basri participated in. He accompanied Rebi ibn Ziyad, the commander of one of such expeditions, as his clerk. He also participated in another military expedition on Kabul.

After returning to Basra, Hasan acted as a qadi (Islamic judge) without pay for a while upon request of the governor, Suleiman ibn Harb. After quitting the job, he began to preach Muslims. In his preachings, he mostly underlined that a true Muslim should not only avoid sins but stay in continuous anxiety against the fact that death was certain, and nobody could be sure of their own destiny in the other world. This cautious mentality would lead to the foundation of asceticism and mysticism in Islam.

Al-Basri had a natural talent for preaching. Though his sermons are not available in the text form today, authors of his time report that his style was a rhetoric masterpiece. He fluently spoke in philosophical depth. Some of his tropes and allusions are still remembered and used in Sufi orders.

Al-Basri was apolitical in his attitude toward power. He never supported the Umayyad dynasty; however, he never participated in revolts against the Umayyad rule. On the other hand, he opposed them in certain situations. For instance, he criticized Muawiya – the founder and first caliph of the Umayyad Caliphate – when he assigned Yazid, his son as his heir because he was incapable. He condemned Hajjaj, the cruel governor of the Umayyad. He was forced to hide for some time because of that condemnation. He thanked Allah after Hajjaj’s death and prayed for his policies to be destroyed.

Al-Basri offered an intense way of piety saying that the true Muslim should avoid the color and taste of this world for the sake of the benefits to be collected in the other world. This otherworldly approach gathered masses around him. Once he preached, “Every ummah has got its own idols. This ummah’s idols are the gold and the silver.” He always emphasized working toward the other world and doing nothing for this one. He embodied what he preached, so it had a great effect on all those around him. He taught many students.

According to al-Basri, munafiq (the hypocrite) is capable of doing more harm to Islam than a kafir (the infidel). Because Muslims do not believe in what the kafir does or says, but they could be cheated by a munafiq.

For the free will-fate debate, al-Basri refused fatalism and defended that people were responsible for their actions, which caused some critics to believe that he was a Mutazili, a rationalist school of Islamic theology. In fact, al-Basri was on the strict path which the Ahl al-Sunnah (Sunni Muslims) have walked on so far. On the other hand, both the Mutahzilah and the Ashariyyah sects of theology praised al-Basri as one of their founders.

For most historians and critics, al-Basri was the founder of Islamic asceticism and mysticism, meaning that the Sufis are right to put him at a critical stage in their history. He was the connection of the companions of the Prophet with the next generation.

Sufis have invented too many stories about al-Basri just like they have done for every pious scholar in Islam. According to one of these stories, al-Basri was originally a merchant of gold and silver but saw the temporality of riches when he observed that nobody including the warriors, scholars, servants could do anything against the death of a beloved prince in Byzantium. So, he decided to quit all material wealth and dedicated his life to reading, contemplating and preaching.

Al-Basri died in October 728. He had three children, one girl and two boys.