In memory of Cemil Meriç, Turkey's intellectual titan of literature 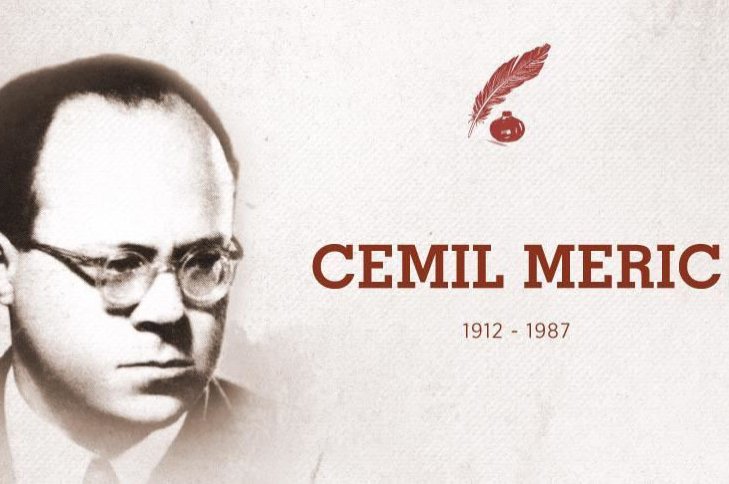 Turkey on Saturday marked the 33rd anniversary of the death of eminent intellectual Hüseyin Cemil Meriç. A writer, translator and thinker, Meriç was born in 1916 in the town of Reyhanlı along modern-day Turkey's border with Syria.

Meriç grew up studying Arabic, French, the Quran and ethics throughout his early years before moving to the city of Antakya in Hatay – then under French rule – to complete his high school education. Here, he received private lessons from French and Turkish lecturers.

Meriç soon discovered Divan literature, one of the leading literary features of the Ottoman era, in which Turkish, Arabic and Persian languages were predominantly used. In 1936, he went to Istanbul to complete high school but was forced to leave a year before his graduation due to having criticized the writing of one of his teachers.

In the same year, he met legendary Turkish poet and intellectual Nazım Hikmet and writer Kerim Sadi. In 1937, Meriç moved to Iskenderun in Hatay due to financial troubles and worked as a teacher in a village for nine months. Later, he began working for a local translation office.

He was arrested two years later on charges of seeking to oust the administration in Hatay. He was put on trial with prosecutors demanding the death penalty but was acquitted after two months. Soon after, Hatay became a Turkish province.

He started studying philosophy at Istanbul University in 1940 but failed to complete his degree. However, he earned a scholarship in the university's foreign language school and graduated from the French philology department in 1944.

On the anniversary of Meriç's death, book lovers across Turkey took to Twitter to mark the passing of this legendary author, with #CemilMeric becoming a trending topic in Turkey with more than 41,600 posts. One of the many seeking to commemorate the writer was none other than Vice President Fuat Okay, who commented: "I remember #CemilMeric with grace and respect on the 33rd anniversary of his passing, who was the best writer telling us ourselves, and the writer of books we found ourselves in each of."

The first book Meriç translated was French author Honore de Balzac's “Girl with Golden Eyes,” published in 1943, a year after his marriage to Fevziye Menteşoğlu.

He then worked as a teacher in various schools between 1944 and 1974. As his eyesight was declining in 1954, he went under the knife to improve his vision, but the failed surgery rendered him completely blind.

Despite losing his eyesight at the age of 38, Meriç remained undeterred in his literary pursuits. He verbally translated the French and English texts read to him by assistants and continued to write articles by dictation.

He wrote a book on Indian literature in 1964, a book compiled after four years, and aimed to break down prejudices against Eastern literature. With a view to shedding light on one of the more significant aspects of Western thinking, he wrote a book about Saint Simon in 1967, whom he addressed as the first socialist and sociologist.

His magnum opus, “Bu Ülke” (This Country), was published in 1974, and was a publication Meriç once said he felt he was born to write. In 1980, he received an award from the National Culture Association of Turkey for his book “Kırk Ambar” (Forty Warehouses), and was named Author of the Year by the Writers Union of Turkey in 1981.

Meriç lost his wife Fevziye in 1983, and later that year, a cerebral hemorrhage paralyzed the left side of his body. He passed away in Istanbul on June 13, 1987, at the age of 71.

Using the contrast between East and West as the backbone of his thinking and labeling Orientalism a reconnaissance mission aimed at increasing the efficacy of exploitation, Meriç once penned his famous words: "The Ottoman Empire is wisdom, Europe is culture."