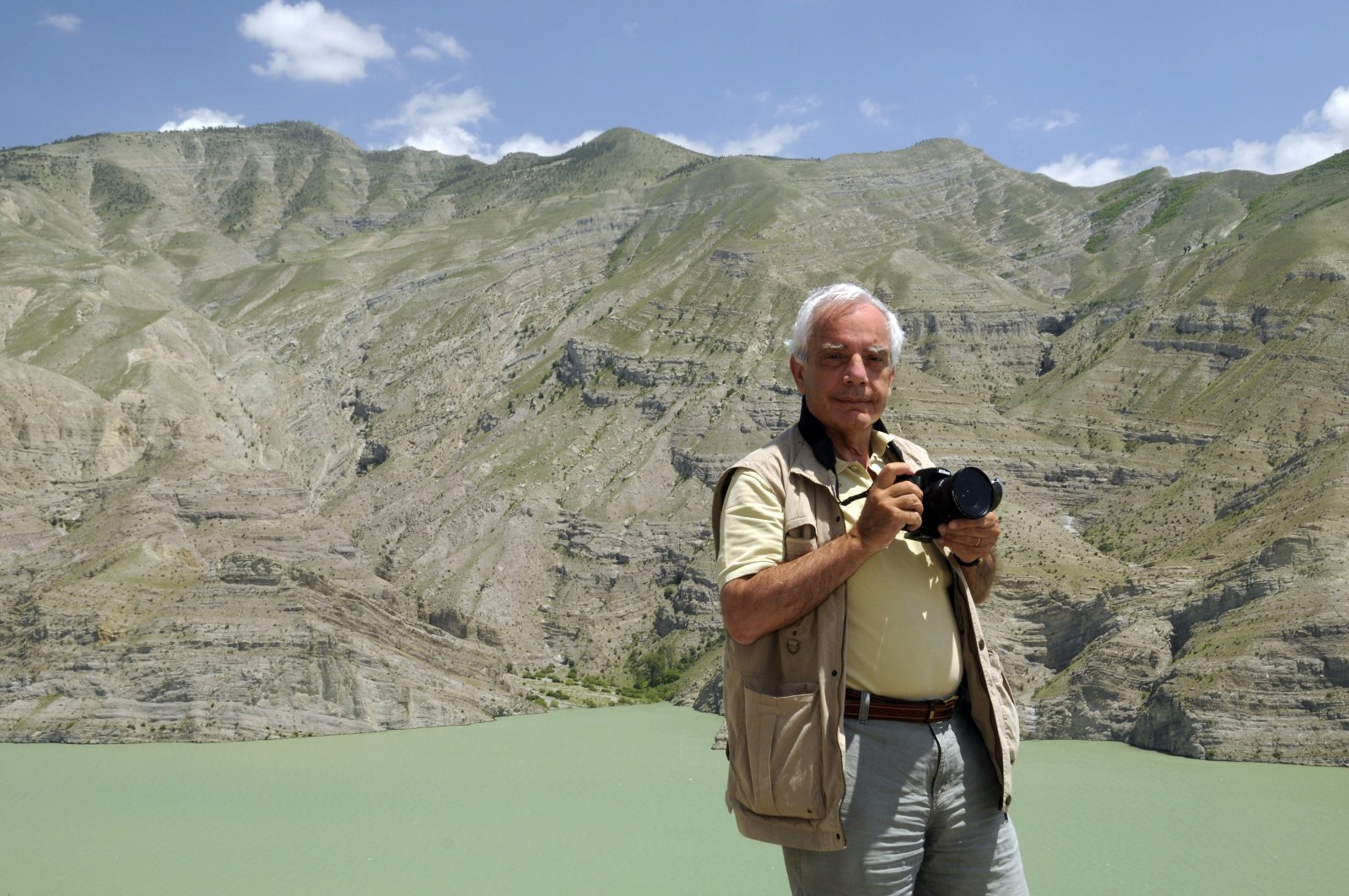 İzzet Keribar was among the receivers of the 2018 Presidency Culture and Arts Grand Awards. (Photo by Saffet Azak)
by Hakan Arslanbenzer Mar 12, 2020 4:31 pm

Developing a great interest in photography in his early teens, İzzet Keribar could never keep away from this passion throughout his whole life. His photos, especially the ones shot in Korea, will never fail to mesmerize

People from religious minorities and foreigners carried many modern inventions to Turkey during the 19th and early 20th centuries. The first person to take people’s photographs as a trade-in Istanbul was Monsieur Campa, who used the Daguerreotype. After Campa’s experience in 1842, another “Monsieur,” namely Naya, an Italian national, opened a photography shop as an enterprise in Istanbul in 1845. While Naya’s shop stayed open until 1857, some Ottoman citizens of Greek or Armenian origin opened their shops in Pera district, recently known as Beyoğlu. Among those photographers, Abdullah Brothers – Viçen (known as Abdullah Şükrü after converting to Islam), Kevork and Hovsep Abdullahyan – (“Abdullah Freres” being their trademark) were the most famous ones. Their trademark was known as "Abdullah Freres." Sultan Abdülaziz declared them as the official photographers of the Ottoman dynasty. The Abdullah Brothers took historical photographs of some Ottoman sultans, pashas, international figures like Mark Twain and some historical moments and scenic views until they closed their business at the end of the 19th century.

Baha Gelenbevi, Sami Güner and Şakir Eczacıbaşı all made great contributions to the Turkish art photography. The Istanbul Photography and Cinema Amateurs Associations (İFSAK) was founded in 1959. It became a home for many individual photographers and helped institutionalize the art of photography in Turkey.

İzzet Keribar is one of those individual photographers. He started as an amateur and became one of Turkey's most celebrated photographers.

İzzet Keribar was born in 1936 to a wealthy Jewish family in Taksim, Istanbul. His father ran a glassware shop in Beyoğlu. They lost their assets because of the Conscription of Wealth enacted by the government during the World War II, which is sometimes interpreted as the İsmet İnönü government’s deliberate policy to diminish the position of the minorities within the capital market. Keribar remembers that one day his father came home and said, “They finished us,” referring to the conscription. Keribar says his father reached his earlier position after 10 years’ work, but their way of life changed forever, meaning that they learned how to live as poor.

Whatever the financial situation of his family was, Keribar enrolled at a private French school in Istanbul, Saint Michel Lycee, which has been one of the private schools with the most expensive fees. Keribar graduated from Saint Michel in 1953. He didn’t attend the university. Instead, he decided to become a businessman like his father. He ran a textile enterprise until the late 1990s.

Keribar learned photography from his elder brother Leon. The two wandered around the old districts of Istanbul and took photographs of the streets, landscapes and people.

İzzet Keribar volunteered for the Korean War as a soldier-interpreter in 1956 with the Turkish Armed Forces, who were fighting within the scope of the NATO mission at that time. He remembers this move as a need for a youth adventure. He took his Leica camera to Korea, too. He stayed for 14 months in Korea, 40 days of ship voyage included, and took many photographs. People liked him and frequently asked him to show how he took photographs. Cameras and photography were still mysterious for ordinary people.

After his return, Keribar got married and started his own business, which caused him to postpone his enthusiasm as a photographer for years. He rather collected rare objects such as the Swiss stamps, Meissen and Vienna porcelain. He was fond of Western classical music and interior design as well.

In the 1980s, Keribar returned to photography. He calls this as his second birth. He was trying to teach photography to his son as he decided to become a member of İFSAK, which “flamed his enthusiasm toward his old craft.” He realized that he had to catch up with the developments in the art of photography. So, he read, studied and observed what to do to recreate his original style.

After a while, Keribar rediscovered his talent and began entering photography contests, becoming a fellow member of a group named the FOG, which opened group exhibits throughout the 1980s, gaining a reputation in the İFSAK circle.

Keribar became an AFIAP, an official “Artist” of the FIAP (Fédération Internationale de l'Art Photographique) in 1985. He also received the distinction of "Excellence" from the group in 1988. His name soon became recognized in international photography circles following a bevy of international awards.

He took on his late father-in-law’s textile factory, employing 150 workers in 1987. He had to close down in 1997 due to the onset of the Asian Financial Crisis. After the closure, he is said to have owned “only a house, a car and photographs.”

After losing his textile business, Keribar decided to work as a professional photographer. He traveled around and took many pictures, many of which he managed to sell. Keribar managed to remain relevant even with the digital revolution, learning Photoshop at the age of 68 in 2004.

The Turkish Ministry of Culture and Tourism granted İzzet Keribar, Ara Güler, Sabit Kalfagil and Sıtkı Fırat the 2011 Culture and Art Grand Award for their successful representation of Turkey in their role as photographers nationally and across the globe. Keribar was also among those to receive the 2018 Presidency Culture and Arts Grand Awards.