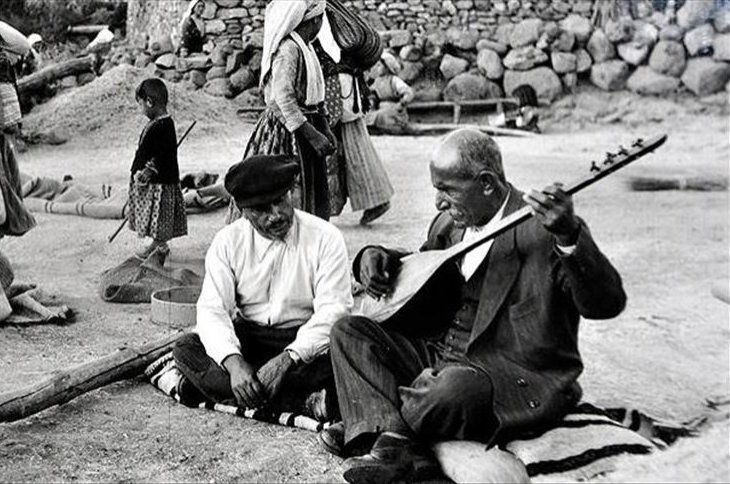 Nearly half a century since his passing, Aşık Veysel, a torchbearer of Turkish folk poetry and bard culture is still remembered fondly for his verses championing peace, harmony and unity in society.

Veysel Şatıroğlu, widely known as Aşık Veysel, was born in the central Anatolian province of Sivas in 1894. At the age of 7, he lost the use of one of his eyes due to smallpox and was left completely blind after losing the other in an accident. Though deprived of his ability to see, Veysel continued to engage with the world through his poems and songs. His bağlama, a Turkish lute-like stringed instrument, became one of his closest companions and a vessel for his art.

Veysel devoted himself to the centuries-old Anatolian tradition of minstrelsy. In one of his poems, he wrote a powerful plea for common humanity amid the country's various communal tensions:

"Kurdish, Turkish or Circassian
They are all children of Adam
Together they become martyrs, veterans
What would be wrong with that?
Have a look at the Bible, Quran
Worthy all four (holy) books are,
Discriminating and looking down
What a shame that is."

Following his death on March 21, 1973, due to lung cancer, Veysel's house was turned into a museum and continues to draw visitors interested in his life and in traditional Anatolian culture.

His verses capture the essence of the Anatolian songwriting tradition and feelings on the most integral elements of life. "Your beauty would be utterly worthless (to me) were it not for my love for you," he says in one of his heartfelt works.

In another of his best-known songs, Veysel addressed the certainty of death, saying: "I'm on a long and narrow road, I walk day and night."

Veysel's influence on Turkish music flowered in the 1970s as renowned Turkish singers from the time quoted his songs and poems, often tinged with both happiness and melancholy, inspiring a new generation of folk artists in Turkey.

Veysel was also a source of inspiration for guitar virtuoso Joe Satriani. Satriani included two tributes to the Turkish bard, "Andalusia" and "Aşık Veysel," on his 2008 album Professor Satchafunkilus and the Musterion of Rock.