Münif Pasha: A liberal educational reformist in the Tanzimat era 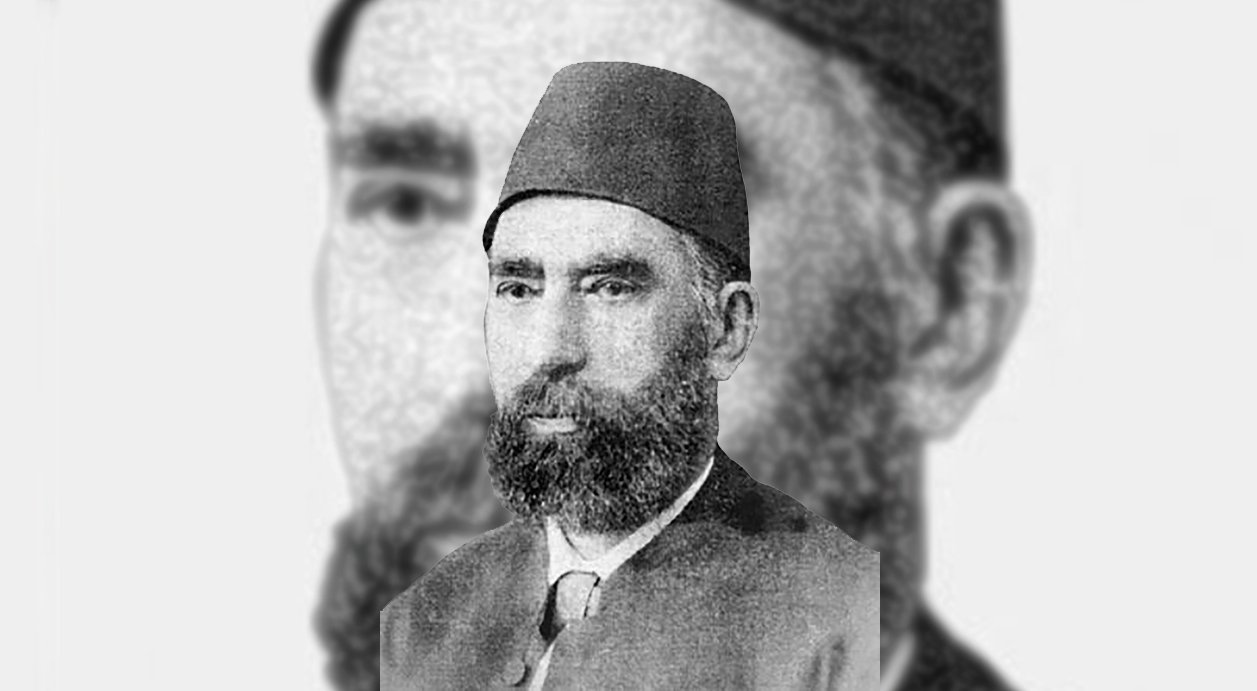 Ottoman civil servant and bureaucrat Münif Pasha owed his reputation to the work he did at the ministry of education.
by Hakan Arslanbenzer
Nov 27, 2020 11:45 am

When discussing the intellectual circles of the Tanzimat era in the 19th century, many people would mention names such as Mustafa Fazıl Pasha, Namık Kemal, Ibrahim Şinasi, Ziya Pasha, Ebuzziya Mehmed Tevfik and Ali Suavi, most of whom were members of the Young Ottomans group. The Young Ottomans, officially known as the New Ottomans Association, was a group of young intellectual bureaucrats who were trying to conceptualize the new constitutional Ottoman state to save it from decline. That is, the association, led and sponsored by Mustafa Fazıl Pasha, was a secret club of intellectuals aimed at finding a solution to the state's crisis. The great poets and thinkers Namık Kemal and Ziya Pasha were among the members of the association, as well as Ali Suavi, a very colorful and controversial revolutionary.

On the other hand, the full picture of the intellectual scene of the Tanzimat included others, too. Particularly, there were the older bureaucrat intellectuals with higher ranks than the Young Ottomans. These senior bureaucrats were not revolutionaries, nor did they run out of the country to find the liberty to publish their ideas on Ottoman politics. In fact, they were Ottoman politics. Other than the grand viziers and ministers, such as Mustafa Reşit Pasha, Ali Pasha and Fuat Pasha, perhaps Ahmet Cevdet Pasha, the official historian of the Abdülmecid era and the author of the famous “Mecelle” or the civil code of the Ottoman Empire, was the best example of these conservative but reformist bureaucrats. Reformism was indeed the job he was assigned to.

There were other official reformists as well. Münif Pasha, for example, was the man behind the pedagogical reforms of the Tanzimat era. He was appointed as the minister of education three times. He was a significant columnist at the first private Turkish daily newspaper, Ceride-i Havadis. Moreover, he was the archetype of the instructor-columnists, who were a type of Turkish author that gave basic knowledge to the reader in order to enhance the intellectual level of the general public. Finally, Münif Pasha was among the liberal intellectuals such as Süleyman Pasha, Ahmet Vefik Pasha and Ethem Pertev Pasha who supported the idea that the Ottomans should adopt all Western European institutions in order to develop.

Münif Pasha was born “Mehmet Tahir” in 1830 in Aintab sanjak (today’s southeastern Gaziantep province) to Abdülhadi Efendi, a madrasah instructor. He was first schooled in Nuruosmaniye Madrasas in Aintab before he moved to the Kasr-ı Ali Madrasah in Cairo, where his father was officially transferred. His father and friends taught him Arabic, and he learned Persian from an Iranian native speaker and scholar named Mirza Senklahdam. Furthermore, he began to study French.

Münif’s family left Cairo in 1849 after anti-Ottoman sentiment peaked in Egypt. While his family returned to Aintab, Münif moved to Damascus to finish his higher education at the Umayyad Madrasah. He then worked at the editorial office of the Damascus vilayet grand assembly. In 1852, he was promoted and transferred to Istanbul to work at the Sublime Porte (Babıali) Translation Bureau, the central government of the Ottoman Empire. This was the turning point of Münif’s rise through the ranks of Ottoman bureaucracy. After that, he was transferred to the Ottoman Embassy in Berlin as the second secretary, and he was promoted to the first secretary a short while later.

Like all of his peers, Münif Pasha worked at every stage of the Ottoman state. As a well-educated, intellectual young man, he was a good candidate to be patronized. As the Ottoman bureaucratic system relied on patronage, civil servants needed to find a supporting patron, a senior bureaucrat or royal family member, to rise through the bureaucratic ranks. Kemal Pasha, then-Ottoman ambassador in Berlin, supported Münif and had him receive higher education there from German institutions. Münif also read the works of the Enlightenment intellectuals, which convinced him to adopt their understanding of the Ottoman system.

Münif Pasha served as a civil servant and bureaucrat until the end of the 19th century, working half a century for the revival of the Ottoman state. Although he worked in various departments including diplomacy, he owed his reputation to the work he did at the ministry of education. He had political ideas, too, and authored some literary works besides his journalism, but today he is best appreciated as an educational bureaucrat and a pedagogist.

Münif Pasha’s reputation as a pedagogist and an educational reformist is more significant than his official bureaucratic career. He worked on the educational question of the Ottoman state from the inside out. He not only did bureaucratic work but also worked as a pedagogical journalist and philosopher. Mecmua-i Fünun, the first modern scientific periodical in Turkish, was one of his greatest achievements. The periodical, which was published by the Cemiyyet-i Ilmiyye-yi Osmaniyye (Ottoman Scientific Association), helped promote young students’ awareness of the modern sciences. Münif Pasha wrote about nearly every scientific field including geography, history, law, sociology, philosophy, political economy and pedagogy. Besides his work in scientific circles, the pasha also addressed the masses directly through his columns in daily newspapers. He also hosted many scholars from all around the world, including from Japan and Morocco, who addressed intellectuals as well as ordinary citizens at the kiosk of Münif Pasha in the Cağaloğlu quarter of Istanbul.

Münif Pasha was one of the early examples of a complete Westernist Turkish intellectual, who thought that the Turkish state and society should adopt Western European civilization without any hesitations or omissions. Unlike the Young Ottomans, who sought an independent path to Ottoman revival by adopting some features from Europe but not without customizing them, Münif Pasha was very liberal in neglecting the political realities of the 19th century, such as the violent capitalism and imperialism of the Western European forces.

He was also an archetypical example of educational modernists. According to him, the revival and progress of the Ottoman nation could be possible if only the young people were raised with the liberal ideas of the 18th century European Enlightenment, some parts of which he translated into Turkish. Liberal concepts including freedom, individualism, the ideal man, the natural rights of men, freedom of religion, progress and economic development constituted the repertoire of Münif Pasha’s writings. The fact that he never mentioned collective concepts such as the Ottoman territory as homeland, the historical significance of the Ottoman state, the difference of the Ottomans from the Europeans, the East-West difference or the centrality of Islam in the Ottoman state enables us to place him in contrast to the Islamist-Ottomanist Young Ottomans. The pasha, a practitioner rather than a theorist, was coming from the Westernist line of Mustafa Reşit Pasha’s liberal Tanzimat ideas, while the Young Ottomans were representing the younger generation who were not only opposed to the sultan but to the senior bureaucrats as well.

Münif Pasha died in 1910 in Istanbul. His grave is in the Sahrayıcedit Cemetery.