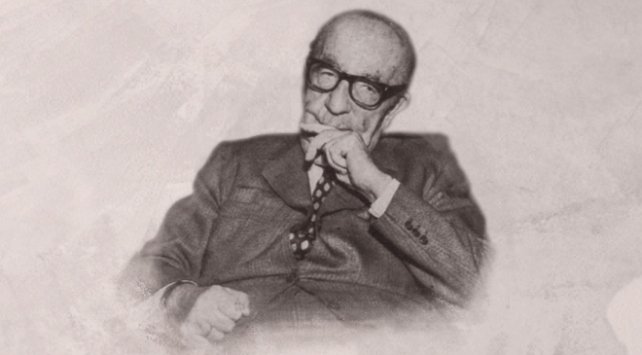 Modern Turkish poetry was shaped by combining canonic national literature and the diversified personal styles of poets who all supported individualism. The voice and imagery derived from the latter have gained significance over time, especially in the case of poet Yahya Kemal who merged messages of conservative nationalism and liberal individualism in his poetry. Although national literature remains central to the official Turkish literary canon, Yahya Kemal's poetry speaks more to the modern era.

Beyond poetic styles, some critics particularize poets based on their political causes. The politicizing of poets and poetic movements held little meaning before “Acılı Kuşak” in the 1940s, who were a group of leftist poets who used their poetry as a tool to incorporate their political messages. This movement was followed by the “1960 Kuşağı,” another group of young leftist poets who promoted Marxism within the context of poetry.

Conservatives, nationalists and Islamists to some extent imitated the sectarian leftists of the 1940s and 1960s by defining their group with political labels. Young Islamist authors debated "Islamic literature" and the "Islamization of literature" in the early 1980s before a silent resolution was reached that Turkish literature could not be divided into camps by religion. Since the term "Islamic" implies the presence of other religious affiliations or atheism and given that there had been no literary movement or party affiliated with a religion other than Islam, the Islamists realized it would be wiser to align their works to the traditions of Turkish literature rather than Islam as a religion or ideology.

A new argument stemming from leftist populist logic offers that there could not be any poets (in general any authors or artists) other than leftists. This argument is often repeated by even writers and not only does not make sense but is unfeasible in literary history and chauvinistic in nature. Throughout its history, Turkey has seen poets, writers, novelists, essayists and critics belonging to diverse political causes and affiliations. Aside from the greats, let us look into a more minor poet of the early 20th century, Orhan Seyfi Orhon, to showcase a conservative poet in the modern era.

Orhan Seyfi Orhon was born in 1890 in the neighborhood of Çengelköy near the Bosporus in Istanbul to Mehmet Emin Bey, a colonel in the Ottoman army, and Nimet Hanım. He studied at Çengelköy Elementary School before he was transferred to Havuzbaşı Elementary School in the same neighborhood, graduated from Beylerbeyi Junior High School and then attended Mercan High School. He initially enrolled at Mekteb-i Mülkiye (the School of Political Sciences) in Ankara, then at the Tıbbiye Mektebi (the School of Medicine) in Istanbul before realizing that he didn’t want to be a physician and left for the “Mekteb-i Hukuk” (the School of Law) in Istanbul, from which he graduated in 1914.

During his law school years, Orhon published a small literary journal named “Hıyaban” with a friend of his, which lasted only five issues. After that, he began to publish his poems and essays in renowned journals such as “Türk Yurdu,” “Yeni Mecmua” and “Büyük Mecmua,” making him a familiar figure within the literary circles of Istanbul.

After law school, Orhon began to work at the Chamber of Deputies as a secretary of law but during World War I, enlisted in the army in 1915 and served until the end of the war. During his military service, he accompanied the “Çanakkale Edebi Heyeti,” a committee of authors who visited the Gallipoli front and shared their impressions with the public.

Orhon’s debut poem “Fırtına ve Kar” (“The Storm and the Snow”) was a seven-page epic poem and although he was only 22 at the time, he was accepted into poetic circles for his innovative style. The work itself reflects heavy influences of writer-poet Abdülhak Hamid Tarhan, the "genius" of late Ottoman poetry as well as Tevfrik Fikret and Mehmet Akif, the founding fathers of the modern epic. The piece is an intense dialogue between the storm and the snow, demonstrating a powerful use of personification and “serbest müstezat,” a form of Turkish free verse.

During World War I, Orhon joined a new movement known as “Beş Hececiler” under the guidance of National Literary circles, with particular encouragement from Ziya Gökalp. As a cultural nationalist, Gökalp asked the young poets to write with folkloric rhymes rather than the artistic and high brow style derived from Arabic and Persian poetry. Orhon was among the young poets making the shift from the elevated style to the traditional.

After the war, Orhon was left unemployed when the Allied forces closed the Chamber of Deputies. Orhon did not follow the members of the chamber, who gathered in Ankara for the national struggle, but chose to stay in Istanbul and work as a teacher and publisher.

Orhon continued his works as a teacher and publisher after the War of Independence until 1946, when he was elected a member of Parliament. Orhon would be elected once more in 1965, but this time left the People’s Republican Party (CHP) for the Justice Party (AP), which reflected his political ideologies better.

Orhan Seyfi Orhon was not only a devoted nationalist and conservative in politics but also in poetry. His poems were a form of political expression that implemented traditional words in the place of the "derived" or "fabricated" and addressed traditional notions in relation to religion and nationalism. Belief, prayer, acknowledgment, morality, sacred love and heavenly mercy were among the traditions Orhon touched on through his work.

Though included in schoolbooks, Orhon’s poems were out of print for a long time following his death in 1972 due to the deliberate negligence of poetic circles, whose political attitudes I have already speculated about. Orhon’s nationalism, conservatism and satirical representations of certain leftists such as Ismet Inönü, the second president of Turkey, and author, poet Nazım Hikmet cost him as he disappeared into oblivion following his death.

Orhon and his poetry were only remembered after he was listed in the “100 Temel Eser” ("100 Seminal Works") of the Ministry of National Education, which convinced private publishers to reprint his books. Orhon’s complete poems were published in 2007 and have since been reprinted numerous times.

A street and elementary school have been named after him in the Üsküdar district of Istanbul.