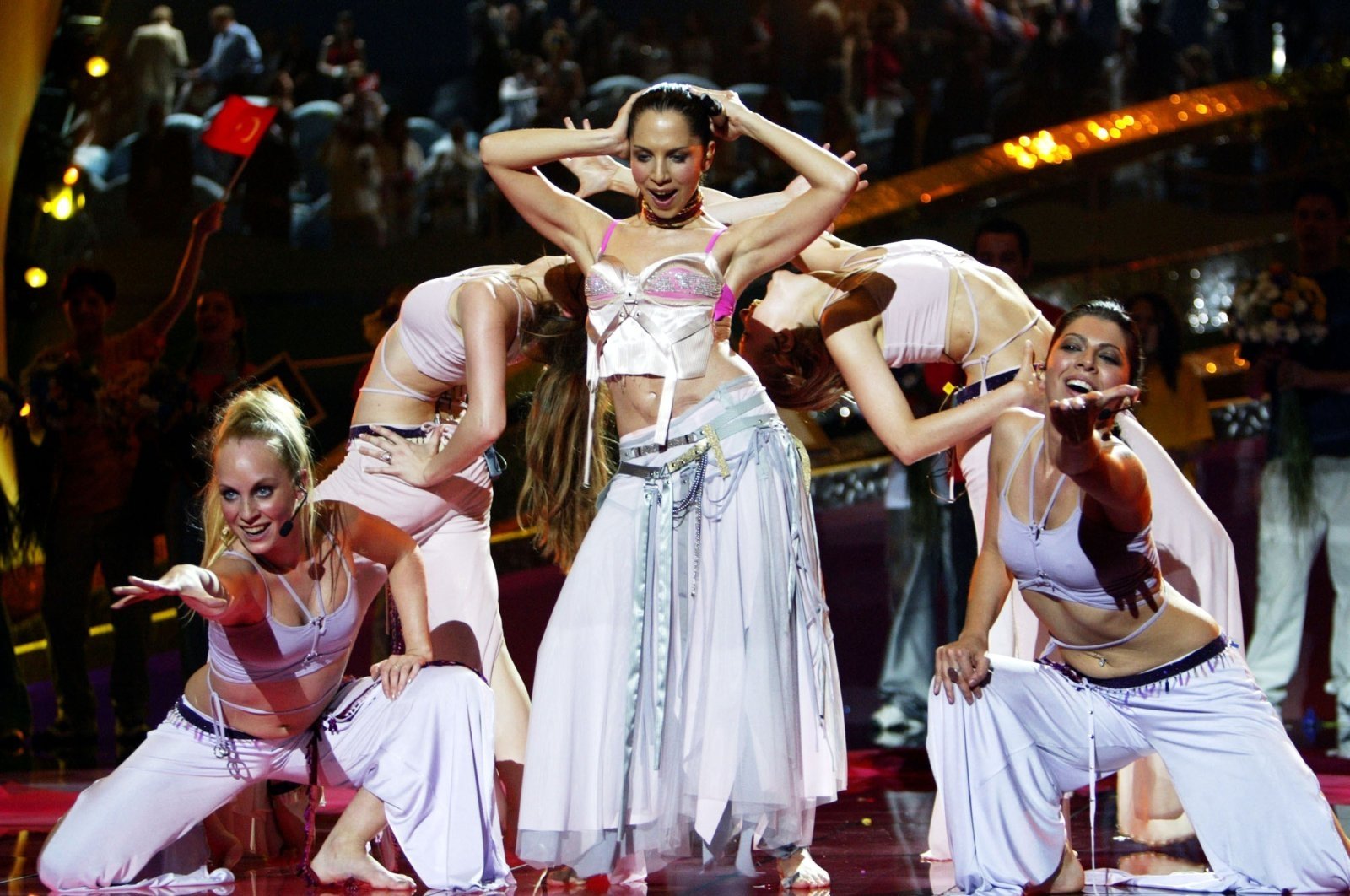 Singer Sertab Erener, who took the Turkish pop scene by storm with her stunning coloratura soprano-like voice, also marked Turkey's first victory in Eurovision with the song 'Every Way That I Can'

The Eurovision Song Contest was once a national matter for Turkey because it was an opportunity to show how "European" Turks were. Making its debut participation in 1975 with Semiha Yankı’s “Seninle Bir Dakika” (“A Minute With You”), which received three points and came in last place during the contest finals, Turkey continued to show great interest in the contest, earning a win nearly three decades later. When the winner of the 2003 contest was announced, all of Turkey was jumping with joy as if the country’s national football team had won the World Cup.

Indeed, Turkey’s overreaction to the European contest was not the only problem. The points Turkish songs and performers received were problematic since Turkish musicians tried every genre of music, costumes, band formation, et cetera to get rid of the curse of Eurovision losses, but their place at the bottom of the list didn’t change until the beginning of the new millennium. So, it was not a surprise that Turkey left the contest in 2013, criticizing the voting system, which Turkish officials accused of being politically influenced.

Turkey’s final reaction can be taken as an honorable protest against Eurovision because it came years after a win and some very good results. However, it was also a result of the shame of the past. Sertab Erener, the Eurovision winner of 2003 with “Everyway That I Can,” changed the destiny of the Turkish cultural attitude toward Eurovision in two ways. First, the great singer repaired the nation's pride, injured by disastrous moments when the Turkish songs received zero or single-digit points and came in last place time after time. Second, her winning song allowed Turkish officials to proudly criticize the Eurovision Song Contest of being politicized. Erener was one of the top singers in Turkey during her participation at the Eurovision contest; yet, she became a national icon after “Everyway That I Can,” an interesting name for a song since it might be read as an expression of Turkey’s striving for a win.

Sertab Erener was born on Dec. 4, 1964, in Istanbul to Nizamettin and Yücel Erener. Yücel Erener’s family were Yugoslavian migrants, while Nizamettin Erener’s family was a combination of Eastern communities. The singer’s mother graduated from the Istanbul State Fine Arts Academy, though she chose to stay at home with her family over a career in arts. Nizamettin Erener was a good singer and sang for Istanbul Radio for a month, yet he chose to be a lawyer to support his family.

Erener grew up in a home where her father used to sing classical Turkish songs. In fact, her name Sertab, meaning "main light" in old Turkish, comes from a particular song her father loved to sing.

After elementary school, Sertab Erener attended Işık High School, where she decided to continue with music education in the Conservatory of Istanbul Municipality, today’s Istanbul University State Conservatory. She also attended lessons at the Opera Department of the Mimar Sinan Fine Arts Academy but left school for a professional career in pop music.

The young singer met Sezen Aksu, the No. 1 diva of Turkish pop, at her birthday party in 1987. She was among the volunteer singers who sang for the diva on that day. Aksu loved her voice and offered her a position on her backup team, which Erener first rejected thinking that backup vocals was a step down for her as a singer. However, Levent Yüksel, one of her friends then and husband later, convinced her to work for Aksu. So, she became a part of Sezen Aksu's team, which produced some of the best pop singers in Turkey during the 1990s.

Erener joined some contests, including her participating twice in the Turkish qualification round of the Eurovision Song Contest, in 1989 and 1990, where she did not make the cut for the European finals. After that, she concentrated on her domestic career.

Erener released her debut album, namely “Sakin Ol!” (“Keep Calm!”), in 1992 with the help of a great team including Aksu, musician-composer Garo Mafyan, composer and music producer Uzay Heparı and composer Atilla Özdemiroğlu. Erener’s songs, mostly written and composed by Aksu and arranged by the rest of the team, worked well with Aksu’s style; however, Erener’s voice and interpretation were uniquely powerful, which helped her carve out a place for herself among the pop audience of the early 1990s. Aksu helped many of her backup singers try to find their own way, but she put also the stamp of her style on their careers by giving her songs to them.

“La’l” (“Scarlet”) in 1994 followed Erener’s debut album. It was a great success thanks to Erener’s powerful operatic voice. She became an independent icon after “La’l” because this time her songs showed her talent, not simply the Aksu sound. She released another album in 1997, named “Sertab Gibi” (“Like Sertab”), which was also a declaration of her independence from her previous life and career, which was still under the shadow of Aksu.

'Everyway That I Can'

Erener performed numerous public concerts and participated in various social responsibility projects in the second half of the 1990s, which established her as a serious artist rather than a simple pop icon. She made two more albums and some singles before she participated in the Eurovision Song Contest with “Everyway That I Can,” the winning song of the 2003 contest.

Though she became a national hero after the contest, her song was criticized since it was mainly an English song but not a song in her mother tongue. The Turkish Language Institute made a call to participate in the Eurovision contest with a Turkish song, which reflected the point of view of intellectual circles in general. Erener replied: “People abroad don’t understand our language. So, why should we insist on singing in Turkish? The Turkish Radio-Television asked me for a song and I wrote in English.” The song received 167 points and earned first place in Riga, Latvia, on May 24, 2003. As a single, it also made music lists in many European countries. It was No. 1 on the Swedish and Greek lists.

After her win, Erener was awarded the Turkish Republic Medal for High Service. The presidency held a special reception in her name. She sang at the opening of the following year's Eurovision contest held in Istanbul.

Erener made an album with songs in English, “No Boundaries,” in 2004. She also released a jazz album in 2009 with rock musician and composer Demir Demirkan, her former husband, with Turkish folk songs sung in English, “Painted in Water.” In total, Erener made 12 feature-length albums, “Ben Yaşarım” (“I Live”) being the latest, launched in 2020.