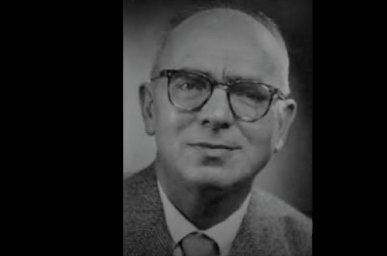 Ziyaeddin Fahri Fındıkoğlu completed his doctoral studies in the sociology department at France's University of Strasbourg in 1935.
by Hakan Arslanbenzer Sep 25, 2020 10:28 am
RECOMMENDED

The Late Ottoman Renaissance, which did not appear in the form of a rebirth of national heritage but in the adoption of institutional, artistic and scientific achievements of the modern West, succeeded in establishing the educational and vocational grounds of the natural sciences. This was because the instant and material needs of the state had to be met, while social sciences had to wait until the 1930s to enjoy a real institutionalization.

Before the university reform of 1933, social sciences depended on endeavors of individual intellectuals and scholars, most of whom were also social critics trying to bring about a change in Turkey. Ziya Gökalp’s attempts in sociology and Mehmet Fuat Köprülü’s works in historiography deserve a special mention for their endeavors. Today, both are praised as the founders of the related disciplines. However, Turkish social sciences weren’t institutionalized based on the programs of these founding figures.

Gökalp formed a well-organized syllabus for the sociology department at the Darülfünun (today’s Istanbul University), established a research institute for sociology and began to publish a sociological journal, namely “Içtimaiyyat” (the Ottoman Turkish word for “sociology”). However, Gökalp’s exile to Malta by the occupation forces after World War I halted all of these efforts.

The real institutionalization of social sciences in Turkey began with the university reform of 1933, when all departments were reorganized, many scholars were fired and foreign scholars, mainly German, were assigned to “reform” the university. As for sociology, there was a mixture of styles since many graduates of the old system began to work under the newly assigned professors.

Among many brilliant examples is Ziyaeddin Fahri Fındıkoğlu, a follower of the Gökalp tradition, who was taught by famous sociologist Mehmet Izzet. He created his own genre of sociology after working under professor Gerhard Kessler of Germany. Indeed, Fındıkoğlu acquired the theoretical knowledge from his studies at the Darülfünun, within what he liked to call the "Gökalp style," while he adopted the social policy orientation brought by Kessler, which helped him to rethink empirical questions surrounding the Republic of Turkey, including law, work, family life and city planning.

Fındıkoğlu’s attitude toward the methodology of social sciences was holistic and historical. He explored social questions as separate areas that needed to be looked at from the wider lens of history and total social relations. According to Fındıkoğlu, one-dimensional explanations of social matters would not solve problems, but a social scientist should consider the relativity in social realities.

Fındıkoğlu was born Ahmet Halil in the Çamlıyamaç village of Tortum district in the eastern province of Erzurum, to Halil Fahri, an Islamic jurist, and Fatma Zehra, a housewife. Halil Fahri worked as a judge (qadi) in many provinces of Turkey before he died in 1916, while Fatma Zehra died in Hejaz, Saudi Arabia, where she had gone to perform Hajj, during World War II.

Due to his father's rotation as a civil servant, Fındıkoğlu finished elementary school in neighboring Erzincan province and southeastern Hakkari province along the Iraqi border and secondary school in central Malatya and Kayseri provinces. He then enrolled at the Gelenbevi High School in Istanbul’s Fatih district. When he was a sophomore, his class was shut down by the school administration as only three students remained, including Fındıkoğlu, after the rest were drafted for the army because of having reached the appropriate age. After a while, Fındıkoğlu passed an exam and was admitted at the Posta Telgraf Mekteb-i Alisi, an educational institution equivalent to a high school opened to train civil servants to work in the field of communication. He graduated from the school in 1922.

Fındıkoğlu then began to work at the Galatasaray Post Office. At the same time, he enrolled in the philosophy department of the Darülfünun. After the Republic of Turkey was founded, he worked as a philosophy, sociology and French teacher at several high schools in Anatolia. Finally, he found the opportunity to study social sciences in France. He completed his doctoral studies at the University of Strasbourg in 1935 with his dissertation on Gökalp.

Prior to his doctoral studies, Fındıkoğlu was assigned as an associate professor at the Faculty of Letters of Istanbul University in 1933. After completing his studies in France, he received his second assignment in 1936 as an associate professor for sociology and community discipline, which was a new program started to help the state establish a new society, at the Faculty of Economics of Istanbul University. He helped Kessler for years in the Faculty of Economics. Kessler was assigned to create the roots of the social state in Turkey.

Like Gökalp, Fındıkoğlu was a very active academician. He began to publish the “Iş ve Düşünce” journal in 1934, as he was an associate professor in the sociology and ethics program of the Faculty of Arts. He continued to publish the journal for four decades. The journal exhibits a nationalist approach for the creation of a modern nation, which he adopted from Izzet. Izzet and Fındıkoğlu departed from Gökalp’s understanding of a nation and nationalism by depending more on humanistic and pragmatic aspects including work, sacrifice and solidarity. Both criticized the over-politicization of the nation concept by Gökalp, which depended on the social determinism approach of French sociologist Emile Durkheim. Izzet and Fındıkoğlu thought that this approach was very mechanical. Instead, they explained that the formation of nations relied on common humanistic aims.

Fındıkoğlu became a professor at the Faculty of Economics in 1941 and worked until his retirement in 1973. He worked as the dean of the same faculty from 1947 to 1949. He chaired the sociology program of the faculty for years. He was also the head of the Sociology Institute and Institute for Journalism. He died on Nov. 15, 1974, in Istanbul.

Fındıkoğlu is considered the third ring in the chain of the sociology tradition in Turkey after Gökalp and Izzet. For more than four decades, he wrote many books, hundreds of scientific articles and thousands of newspaper columns. His interests included the methodology of sociology, sociology of law, sociology of economics, criticism of Marxism, social institutions, city planning and population, the modern Turkish nation and nationalism, folklore and national education. It is an unfortunate fact that his books and articles have not been reprinted after his death.