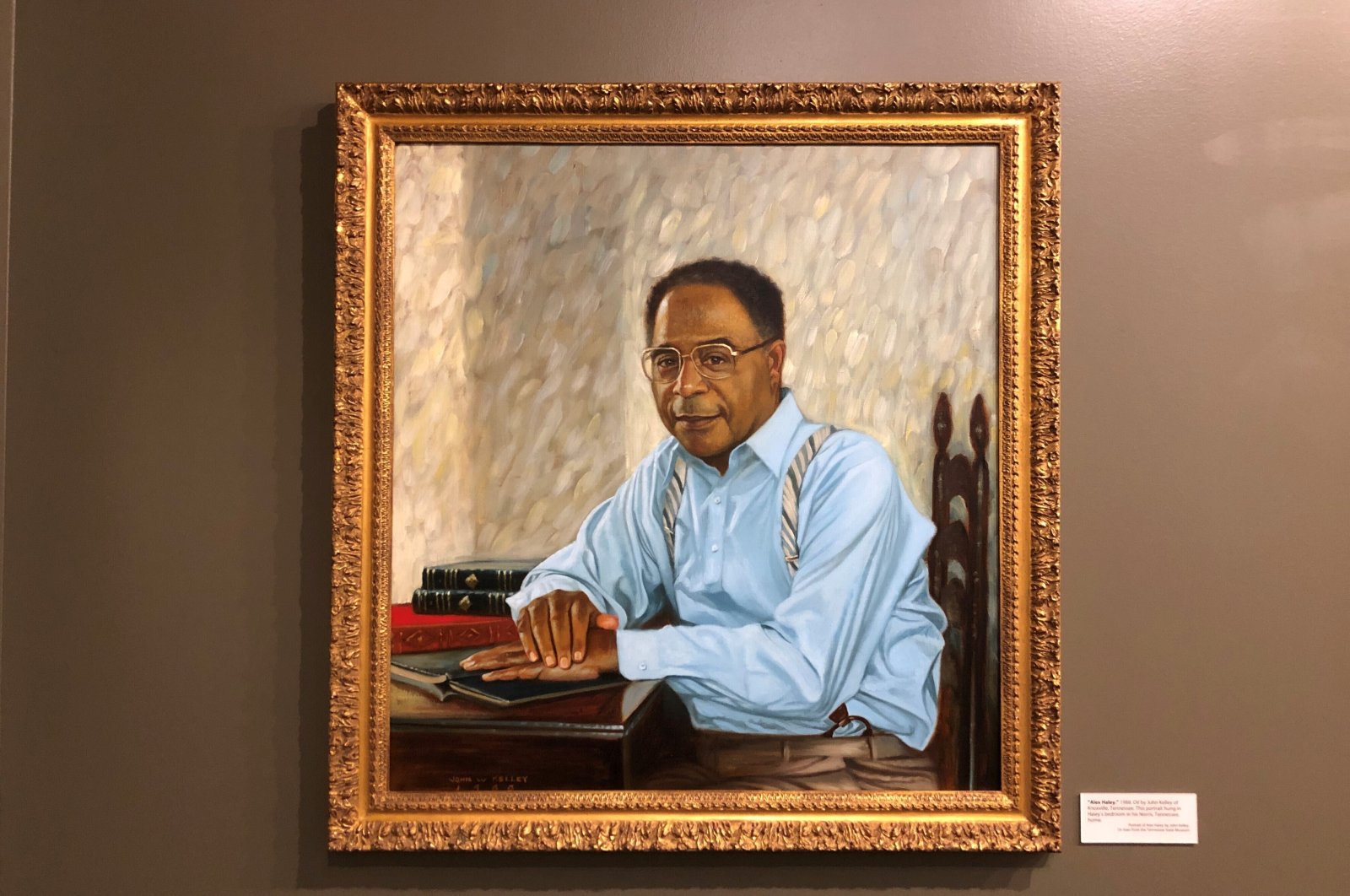 When the miniseries "Roots" had aired in 1977 it had broken numerous records in viewers, raising the public awareness of African American history and inspiring a broad interest in genealogy and family history.

"Find the good and praise it."

That is a phrase the late Alex Haley, author of the 1976 novel "Roots: The Saga of an American Family," which the miniseries was based upon, often said during his life, from his days residing in the small West Tennessee town of Henning through his world travels as a journalist and writer.

His seminal book about the horrors and injustices of slavery include messages of perseverance, courage and strength.

Now, on the occasion of his 100th birthday, the author's bridge-building legacy is being invoked once again as a kind of antidote to an especially contentious period of American life. A ribbon-cutting at the renovated Alex Haley Museum and Interpretive Center took place Friday, and a community celebration featuring music, food and a fashion show was scheduled for Saturday.

Haley's life was filled with examples of living by those words. There was the time he encouraged close friend Fred Montgomery to become his hometown's first black mayor, pushing back at resistance from some of the town's white populace.

Haley, who was black and died in 1992, also is remembered in this month's re-release of a 2003 book entitled "Finding the Good" by former Associated Press journalist Lucas L. Johnson II.

Johnson's book discusses the life of Montgomery, who befriended Haley in Henning. As young boys, they would swim together and write love poems to girls.

Haley had wanted to write a book about Montgomery, who was born into a family of sharecroppers and endured racism in the Jim Crow South before becoming a successful plumber, farm owner, alderman and mayor. Johnson weaves Montgomery's story with examples from his own life dealing with racism, family members grappling with substance abuse and incarceration, and issues of faith.

Haley is most well known for "Roots," which earned him a Pulitzer Prize and was turned into a TV miniseries watched by a record-setting 130 million people when it was released in 1977. Haley also wrote "The Autobiography of Malcolm X," based on interviews with the civil rights leader.

The Henning museum and the home where Haley lived with his grandparents from 1921 to 1929 are state historic sites.

In his book, Johnson includes examples of Haley's influence on himself and Montgomery. In this month's re-release, Johnson updates his book to bring Haley's message of "finding the good" into the context of current-day issues like the coronavirus and the killing of George Floyd, a black man, by a white police officer in Minnesota.

"Prayerfully, I started looking for the good," Johnson writes. "And I found the inspiring stories of health-care workers and first responders – as well as everyday people – who risked their lives to help others."

"I saw people who had once ignored the reality of racism remove their blinders, embrace humanity, and work alongside non-whites to create change," he continues. "I saw hope for a truly divided nation."

The re-release also includes a timely foreword by former Tennessee governor and Republican U.S. Sen. Lamar Alexander, who was friends with Montgomery and Haley and cites Haley's inspirational motto.

Alexander, state and local elected officials, and Haley's grandson, Bill Haley, attended Friday's event marking the renovation of the museum, located on the grounds of his boyhood home. The museum sits near the location of a house Haley bought for Montgomery, another example of Haley "finding the good." Alexander and other speakers cited Haley's favorite phrase during their remarks.

As a boy, Alex Haley would sit alongside his grandmother on the porch of the 10-room, bungalow-style house and listen to her tell stories about his ancestors.

Bill Haley called the home "the spiritual center, the lifeblood" of his grandfather's interest in his family's oral history, their roots.