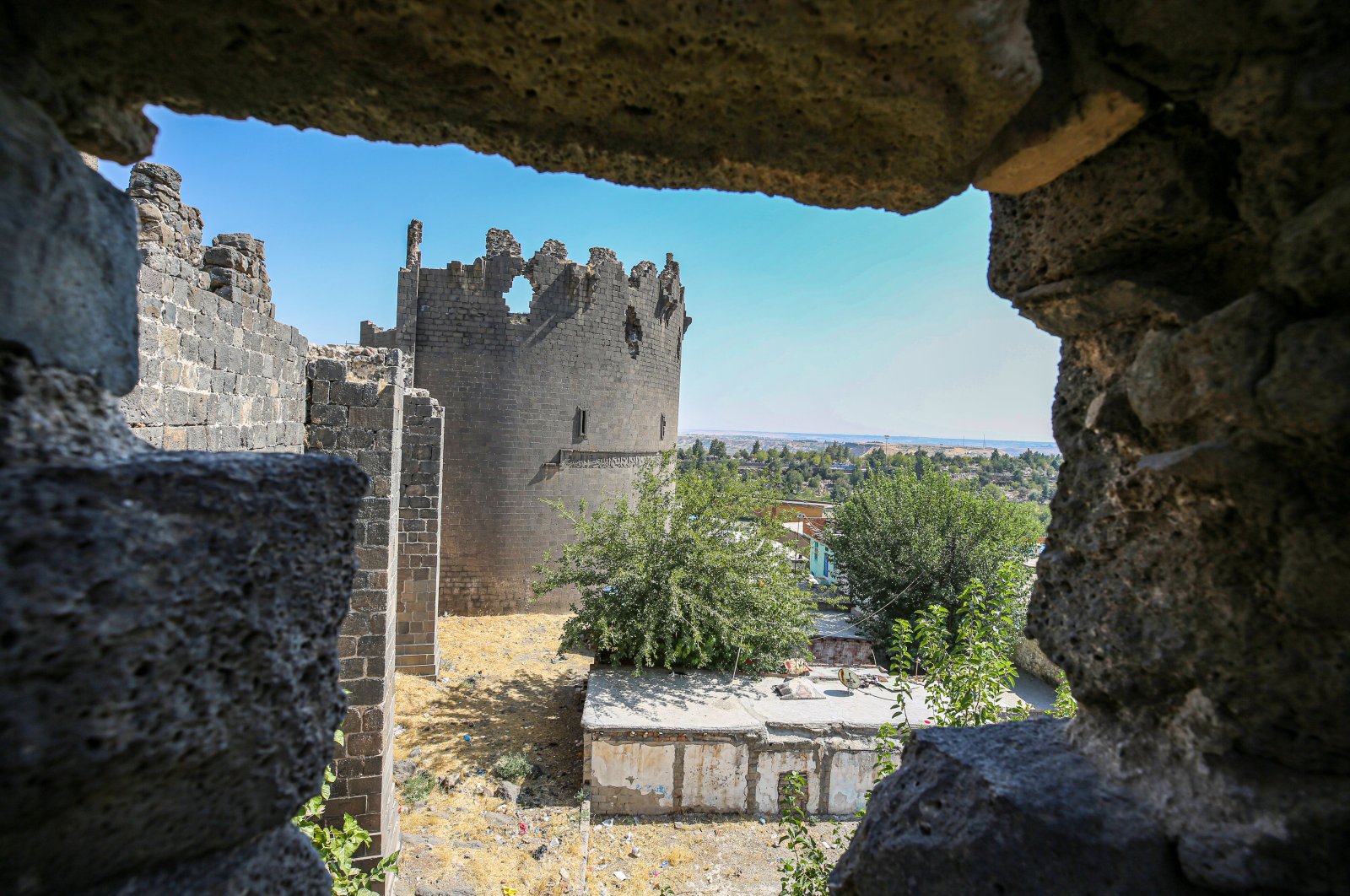 Restoration of the ancient walls of southeastern Turkey’s Diyarbakır province, which have been on UNESCO's World Heritage List since 2015, has begun, ensuring minimal interference to the original structure.

The restoration to strengthen the splendid building began at some of the bastions of the walls, including the ones named Ben-u Sen, Yedikardeş, Selçuklu and Nur, on Aug. 10, 2020.

Stretching nearly 6 kilometers (3.72 miles), the walls of Diyarbakır make up one of the largest city walls in the world. The walls are located in the central Sur district of the city, some 60 kilometers above the valley of the mighty Tigris river.

According to UNESCO's website, the rare and impressive Diyarbakır Fortress illustrates several significant historical periods, including the Roman period until the present through its extensive masonry, city walls and gates, inscriptions, gardens and fields. "The city walls and the evidence of their damage, repair and reinforcement since the Roman period, present a powerful physical and visual testimony of the many periods of the region’s history," the website says.

Kenan Aksu, head of Diyarbakır Culture, Tourism and Music Association (DIKTUM-DER), stressed that the walls are unique in the world in terms of masonry and length. Underlining the importance of protecting the walls after the restoration, Aksu said these structures play an important role in attracting tourists. "This is such great work that completely encircles Diyarbakır. The walls are standing strong, with a history dating back 5,000 years," he added.

Abdulaziz Yatkın of the Association of Turkish Travel Agencies (TÜRSAB) also praised the restoration. "The walls of Diyarbakır are a cultural value," he said, adding that the restoration will help promote the city. Both Aksu and Yatkın thanked the governor and other officials for contributing to the project.

The restoration is being carried out through the coordination of the Culture Ministry, the Directorate of Surveying and Monuments in Diyarbakır, the Diyarbakır Governorship and Diyarbakır Metropolitan Municipality.