‘6 Artists in Search of a Precedent’ draws connection between past, present 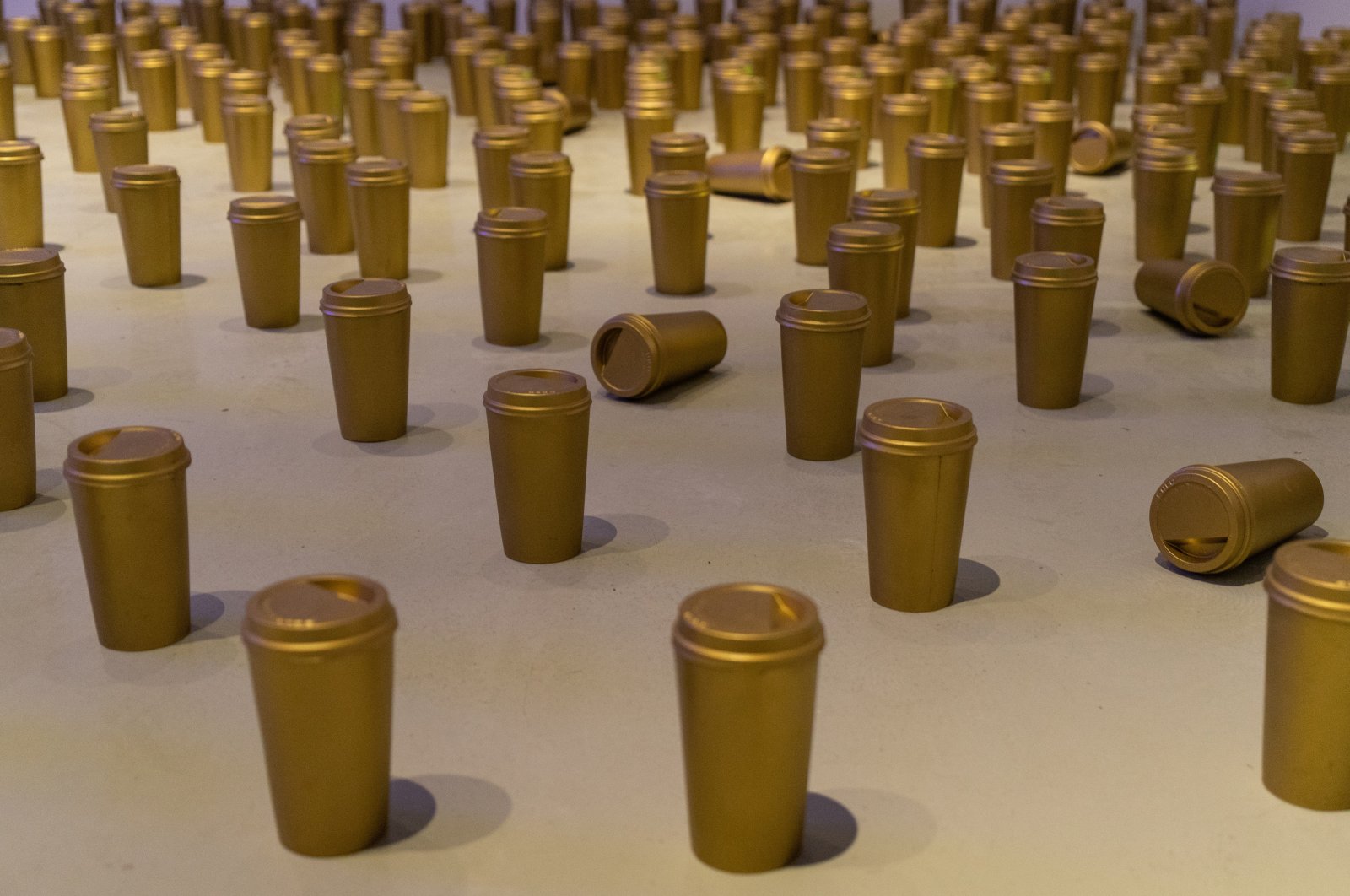 Hosting six contemporary artists and their predecessors, Akbank Sanat's newest exhibition offers insight into the history of Turkish painting with past and contemporary works

Akbank Sanat, a creative center that has stimulated the dynamics of contemporary art, promoted studies in this field and supported young artists since its inception, is hosting a new exhibition prepared with a unique concept. Curated by Hasan Bülent Kahraman, “6 Artists in Search of a Precedent” features the works of six artists and the works of those they chose as their predecessors.

The exhibition draws a connection between the six artists and the six predecessors through their iconic works. While the works create a bridge between the past and the present, they also show the bond between the traditional and the contemporary, which remains close and strong.

Describing the exhibition, curator Kahraman said: “There is a misconception brought about by the harsh modernization in Turkey: the new, the modern and finally the contemporary are severed from the past. However, there is no such thing. The modern structure of memory and remembrance keeps the past alive through another understanding.”

Akagündüz, who was born in 1970 in northwestern Kocaeli province, graduated from the Fine Arts Faculty of Mimar Sinan University with a degree in painting. Especially known for his lithography and fresco works, the artist was also a founding member of the Hafriyat Art Initiative between 1995 and 2010. The references to art history in his works are what make them remarkable.

Born in 1988 in western Izmir province, Bağcık graduated from the Painting Department of Dokuz Eylül University in 2007. The artist, who currently lives and works in Istanbul, draws inspiration from defining moments in the history of the 20th century in his photorealist paintings. While revealing his thoughts on authority and the delusion of power in his creations, Bağcık also scrutinizes the notion of reality that photography presents with his oil paintings and pencil drawings.

Can, who was also born in 1988 in western Manisa province, graduated from Gazi University's Fine Arts Education Department in 2011. The artist’s intriguing paintings, installations, sculptures, carpets and weaving offer viewers a chance to discover the old Anatolian tradition of Shamanism, rituals and totems. Therapeutic rituals he underwent to cure an illness he suffered during his childhood were the first inspiration for his works. He, then, researched the rituals and realized that they are based on Shamanism and certain mythological stories. Certain habits that continue today help the artist handle current issues of modern life from a Shamanist perspective. While the artist defines his own identity, memory and time, he bases his inspiration on the land where he was born and people who were once nomads but switched to a settled lifestyle.

Born in 1982 in the capital Ankara, Engin graduated from the Sculpture Department of Hacettepe University. The artist continued his works at Ecole Nationale Superieure D'art De Bourges art school in France and took part in many national and international projects in various cities including New York and Egypt’s Alexandria and Cairo. Focusing on social issues in his creations, Engin utilizes different types of materials such as neon, sound, wood, stone and metal.

Terkol, born in 1981, graduated from the Painting Department of Mimar Sinan University. Drawing inspiration from her surroundings and collecting stories, the artist weaves them into her sewing pieces, videos, sketches and musical compositions. The Istanbul-based artist is also a member of HaZaVuZu artist collective.

Born in 1981 in Istanbul, Yağcıoğlu also graduated from the Painting Department of Mimar Sinan University. Including patterns, video, collages and painting in her practice, the artist focuses on information circulation, nature perceptions and cultural hierarchies in her works. She feeds her productions with visual systems like animations, books and encyclopedias.

Lifij was one of the leading figures of the generation of 1914, who are also known as the Turkish Impressionists. The artists of this group were sent to receive education in Paris and returned to Turkey upon the outbreak of World War I. They brought impressionism back with them to the country. Lifij even played a leading role in the spread of Western-style painting in the Ottoman Empire. The artist’s works covering a wide range of genres such as self-portraits, pochades, landscapes and compositions with figures can be evaluated as the modern pieces of his time.

Önürmen is one of the representatives of Turkish figurative painting. Critically questioning cultural and social change and transformation, the artist created a different language for himself by using diverse materials such as tulle, jeans, lace and shirt collars on his canvases. His work reveals the relationships between personal and public experience through the lens of contemporary media. Önürmen also addresses the impact of mass media on the human experience.

Gökçebağ is a visual artist especially known for his sculptures and installations in which he transforms everyday objects into hybrid entities. While combining different materials, he changes the usual function of objects and alters the position from which people view them.

Turkish-born Armenian artist Zabunyan is simply known as Sarkis in the art world. As a leading conceptual artists, Sarkis uses installation, photography, watercolor and video to bring together the legacies of art and cinema with the intellectual traditions of East and West. His art explores issues of presence and absence, place and identity, and permanence and transience. Drawing on the mystical traditions of the East, he is particularly interested in the relationship between time and memory and emphasizes the temporary nature of matter and experience.

Karamustafa is one of the most celebrated female artists in Turkey. Using historical and personal narratives to create her art, the artist's productions are a response to the modernization period of Turkey. They revolve around sociopolitical themes including gender, exile and migration.

Opera singer and painter Berksoy is one of the most significant figures in Turkey’s modern cultural history. The artist’s paintings reflect her own life, creating a visual diary of both her storied career and her vital and turbulent inner world. While important characters or scenes from operas and plays are depicted in her works, one can see deeply personal and sometimes painful subjects from the artist’s inner world as well.

In the show, the works of the six contemporary artists and their chosen predecessors, placed side by side, talk to each other in a metaphorical sense by proving that all productions feed off of each other like living organisms. The selection can be viewed until Feb. 13. The gallery is free of charge Tuesdays to Fridays.