Comic campus novel, serious questions of history in ‘The Netanyahus’ 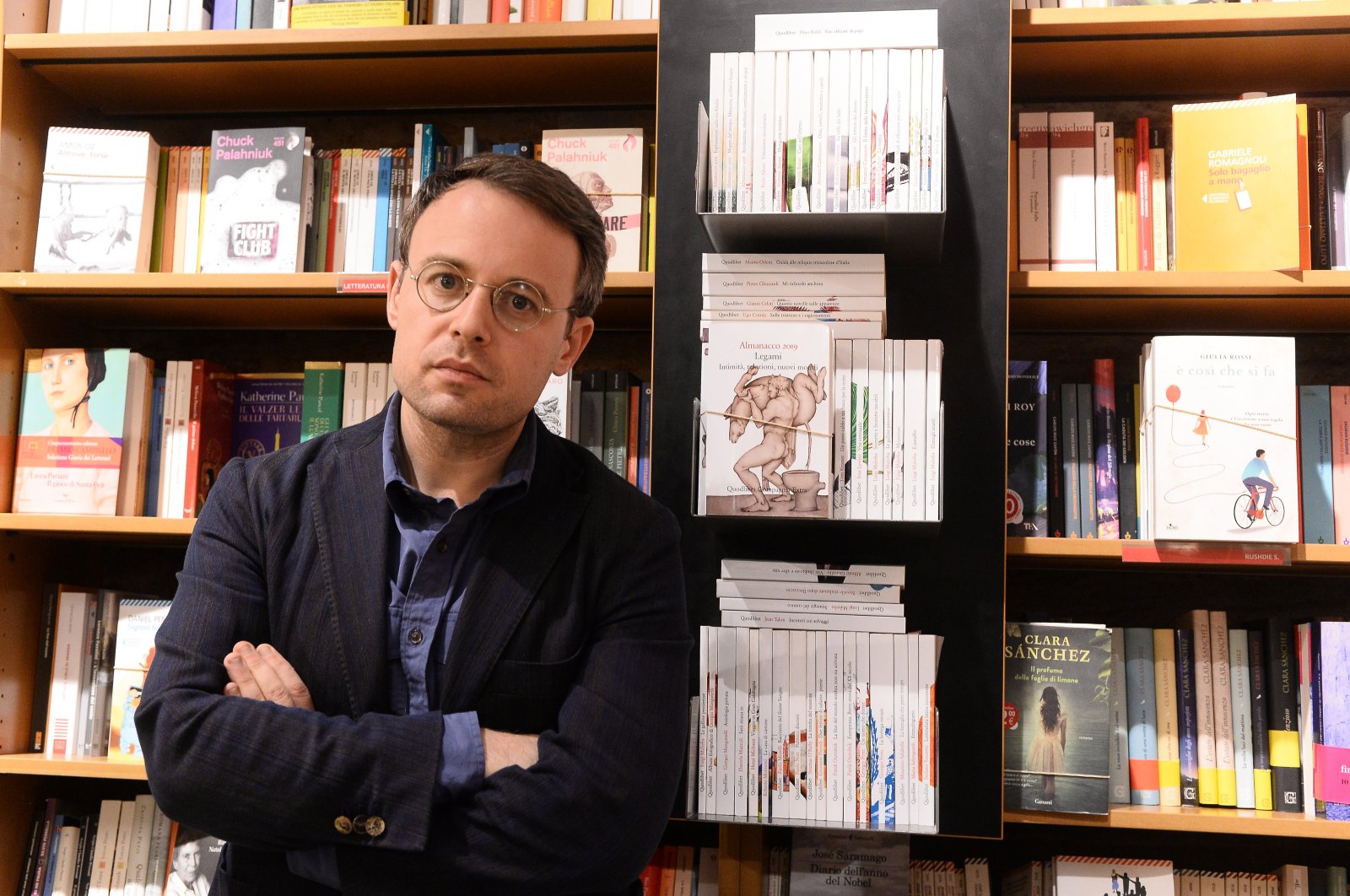 Joshua Cohen marries the Netanyahu family’s misadventures in the U.S. with the campus novel to give us a funny and gripping read that smuggles in the big questions of history, race and the establishment of the Israeli state

“The Netanyahus” is not a title that promises light summer reading. It is more a title that will make you take stock of things. Should I have gone to more rallies? Should I have drawn up more petitions? Should I have done more to bring about world peace? It’s a name that brings up memories for a certain generation that witnessed a certain phase of the Palestinian struggle, and so one readies oneself before plunging in. “The Credits” at the end of the novel describe Benjamin Netanyahu’s rule as “marked by the building of walls, the construction of settlements, and the normalization of occupation and state violence against the Palestinians.”

And what does the reader encounter when they open the book? A hilarious campus novel that touches on all the contemporary ills that academic life suffers from. Bracing myself for an encounter with Benjamin Netanyahu, I find myself in the midst of college politics, even more disturbingly, in the shoes of Netanyahu’s father, Ben-Zion Netanyahu, who is invited to the fictional Corbin College to give a “job talk,” as one might be. Only, his talk is on Jews in medieval Spain. And he, like any other job seeker in the United States, is asked to deliver a bonus lecture on a subject that is connected to his identity: the Jewish religion.

The postscript of the novel tells us that these are fictionalized events, built on Joshua Cohen’s conversations with the legendary literary critic and theorist Harold Bloom, who said to Cohen, in passing, that he once had to coordinate the visit of an Israeli historian called Ben-Zion Netanyahu. Indeed, the sort of anecdote one would feel the need to write an account of. And so, Cohen has taken on this mammoth task and spun a funny and uncomfortable story about Netanyahu senior. One minute you are marveling at the Byzantine administrative plots at Corbin College, the next, you are reading passages about a home invasion story akin to Michael Haneke’s “Funny Games.”

“The Netanyahus” starts with our narrator, Jewish historian Ruben Blum, giving us a rundown on American academia and what it felt like to be the token Jew at the “American University” through the decades of the last century. He tells us about his background through the visits of his and his wife Edith’s parents to this “Upstate” town (Blum also explains us a rundown on what calling this geography “upstate” reveals about you) on separate holiday occasions, providing excellent and recognizable accounts of the different paths immigrant families take after their arrival in the U.S. Edith’s parents are much better off and more secular Jews who think Edith has declassed herself by marrying Blum. Since Edith's parents do not go to "schul," they visit on Rosh Hashanah, Jewish New Year, while Blum's parents visit on Thanksgiving because it is a "secular" holiday, allowing Blum's father to deliver a sermon on why Blum's daughter Judy should keep her Jewish nose. It is here that Philip Roth’s influence is felt most strongly, in Cohen’s description of Judy, who tries with all her might to fight against her parents’ principles, but most importantly, her own bumpy nose. She takes her grandfather’s sermon as a challenge and devises a plan to make him the cause of her nose operation. You need to read the novel to appreciate her ingenuity.

After recounting these visits, Blum’s thoughts turn to a particular incident when he had to host a visiting Israeli academic’s family, the Netanyahus, who turn up in stronger numbers than he and his wife anticipated. Once they enter the house, it is impossible to get them out, and the scene is reminiscent of those of Israeli settlers rushing to squat in Palestinian homes the minute they find an opening. Netanyahu’s schtick is interpreting Jewish history as a repetition of events, which our historian narrator finds at fault for not recognizing the particularities of each era. Before the Netanyahus arrive, we are given the full text of two letters written about him by his colleagues, one a gushing reference letter, the other warning the American college about who they might be letting in into their midst. This colleague, like Blum, has strong misgivings about the way Netanyahu reads history.

According to Ben-Zion Netanyahu, the Nazis are a reiteration of the Muslims who oppressed the Jews in Andalusia. At this point I naturally do a double-take, because this is not the history I have been taught. In fact, I was taught that we owe the presence of Jews in Turkey largely to their expulsion from Spain when the Muslim Ottoman Empire welcomed them into its fold. I feel slighted every time these expulsions are evoked without a word as to where the Sephardi ended up migrating to. But Cohen very deftly distracts me with his style, with strokes of genius such as the Israeli academic adding a footnote to his letter saying that he can write an even longer letter denouncing Netanyahu with archive documents, but he needs money for the photocopies and the postage, because, you know how stingy universities are about stationary. The academic signs his name both in the Israeli and the German versions. The German reads Peter Lügner, or Peter the Liar.

While the rest of the family is busy with the occupation of the Blum home, Ben-Zion Netanyahu starts his campus day by delivering his “identity lecture” at “The Corbin Theological Seminary (since renamed the Hussein-Gupta School of Divinity and Comparative Religion),” at which I laugh out loud because even one decade in academia is enough to observe the change in nomenclature at higher schools of learning. Netanyahu, feeling insulted to have been asked to deliver a lecture that is not his own research, insults the search committee in turn, with Blum providing asides and keeping score of each hit by either side. This back and forth is so fast-paced and funny you forget that Judy has been left with the feral Netanyahu children at home.

Blum is at once impressed and repulsed by the Netanyahus’ tenacity and starts calling them the “yahus” not long after he’s met them. The defamatory letter about Netanyahu has revealed that Ben-Zion’s real family name is Mielikowsky, and that it was his father who changed the family name to Netanyahu which means “God-given.” Cohen and/or Blum naturally want us to draw parallels with the yahoos of the American West and occupation. Maybe these lines from Peter the Liar’s letter are haunting him: “(Netanyahu) holds Israel up to your own country, correlating the Jews to ‘Anglo-Saxons’ and the Arabs to ‘the Indians.’”

This is where this reader sees eye to eye with Ben-Zion Netanyahu, as this is how history is taught in these parts. The novel might miss out on the Ottomans to my dismay but it gives the Turks their due at the very end when the Netanyahus’ home invasion results in comic debauchery and violence and Blum tries to distance himself from “his people.” “Turks... what did you expect?... just a bunch of crazy Turks...” he says to the sheriff who is trying to sort out the mess, transmogrifying Israeli otherness to that of the Turk. “Jew – another word that can be, and has been, hurled at anyone and anything” we heard Ben-Zion Netanyahu say a couple of pages earlier in his speech. This act of displacement is familiar to all whose identities have been used as racial slurs through the ages, and so at the end of the novel Cohen encourages me, in a Bloomian manner, to invoke Shakespeare and ask “Which is the Turk here, and which the Jew?”