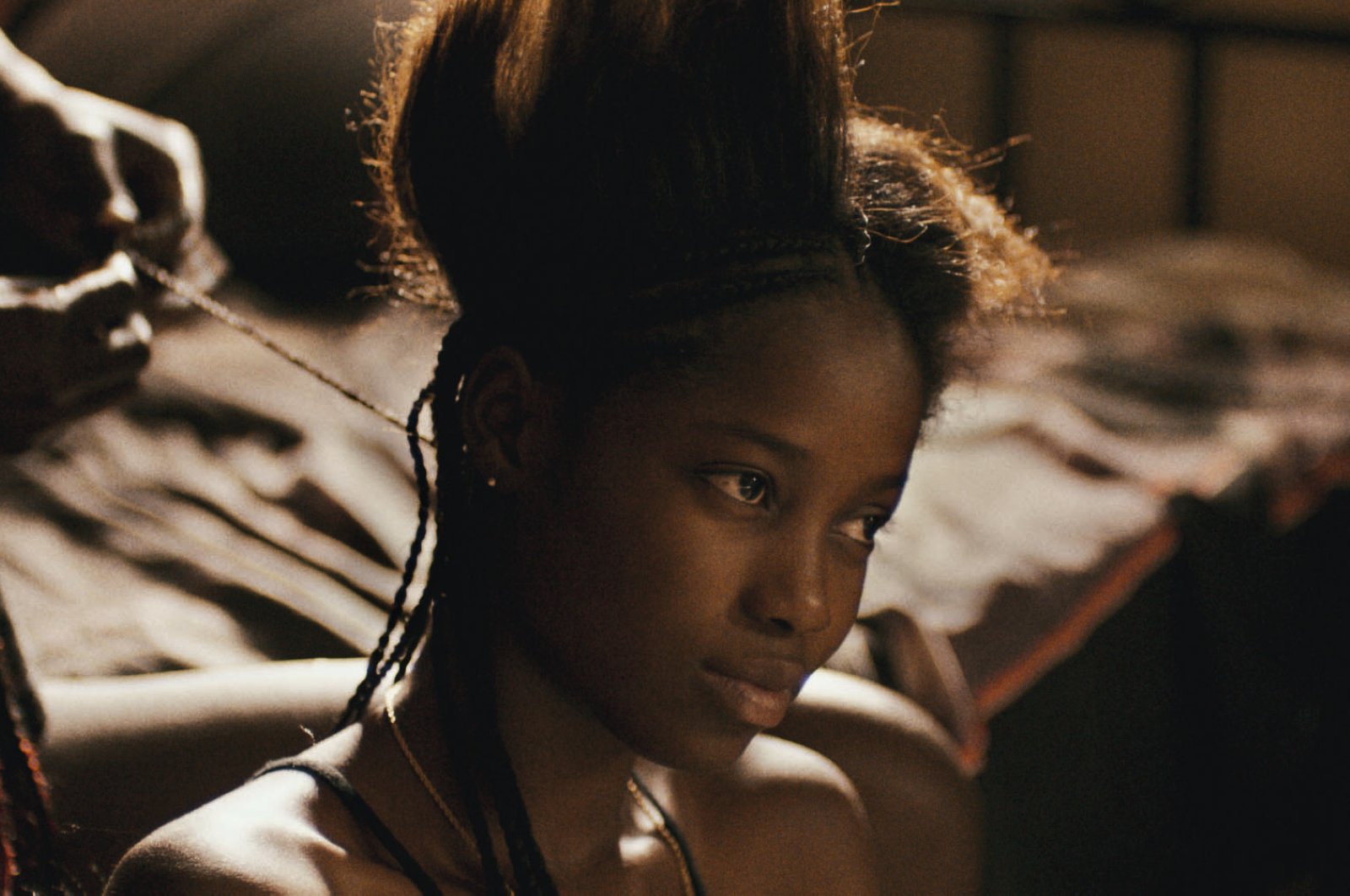 When I showed the trailer of "Atlantics" in my class, my Gambian student knew instantly what it was about. That is more than I could say when I had already been some 20-30 minutes into the film. Mati Diop’s "Atlantics" starts in the construction site of a huge building, just in the corner of the frame, looking out of this world, ephemeral, about to disappear. The building, when we see it in all its glory, is so sci-fi looking, in fact, that I double-checked whether it was a real building. The site Business Insider informs me that it is, that "Senegal is building a $2 billion futuristic city to help cut down on overcrowding in Dakar" and that it is called "Diamniadio," and not The Tower of Sauron.

A documentary about the lives of workers on this futuristic site – futuristic indeed, it is planned to be finished in 2035 – would have been interesting enough for me to watch. Glass and steel rising amid the pale orange dust, with shots of cows passing by the construction site. And then the life of the unpaid young workers who are building a future they will hardly be a part of. The film does go toward that territory, the workers ask for their money, there is a scuffle, but in the end, they all return home in a truck, chanting a beautiful devotional song. Diop worked with nonprofessional actors in this film, and this whole sequence feels like a stand-alone short documentary.

Unfortunately, we have been visually trained to expect violence, or worse, terrorism, when we are introduced to angry Muslim young men. The boy has no money, is moved by religious music, where else can this film go? Then we see that he has a girlfriend, and then I become hopeful that this may not be a film about radicalization after all. We may be going for the "young people find it difficult to experience love in a conservative Muslim society" model. Some scenes to that effect do indeed occur as we see how the couple is received by society, how the girl is engaged to marry a much richer man. All the while, the music of the Wolof language accompanies the beautiful light and color scheme that Diop has gone for. A language I am not at all familiar with, I am hypnotized by it and try to catch Arabic and French words here and there. Disoriented by language, I am also a bit disoriented by the way Islam is practiced, particularly the very fluid way in which the girls wear their hijab.

This, then, is the second film I’m watching, the pull of traditional society, young people trying to break out of it, etc. One evening Ada manages to escape her bedroom and goes to a beach cafe, a very familiar outlet from the lesser know seaside resorts of Turkey such as Çanakkale. Yes, this will be the sequence in which she enjoys her freedoms one last time, and we, the audience, will root for her. But no. Diop has other plans. When Ada enters the cafe, she sees that despite the loud music, nobody is dancing. The girls are lounging about looking depressed, one of them is passing a tissue to another. Some of them are trying to make calls on their mobile phones. And then the owner of the cafe approaches and tells Ada, "The boys are gone. They are gone to sea." And this is what my Gambian student had understood at once, from the very first moments in the trailer. This is about boys who go out to sea. Some make it to Europe, some don't. "Even bright students," my student says, "one day they’re there in the class, and the next, they’re gone." And that seems to be what hurts most for Ada and her girlfriends, that the boys (have to) do this in secret, without proper goodbyes.

The hurt and the emptiness left by the boys is made even more intense with Fatima al Qadiri’s haunting music. And the film which stays within conventional genres even when exploring the "boys who go out to sea," then, takes its final turn which does justice to the music. Firstly, Ada feels a presence haunting her as she goes about trying to act out the motions of a girl who is about to get married. On the night of the marriage, suspicious events disturb the proceedings, and we know that Souleiman has "come back" to claim Ada.

In one of the most evocative scenes I’ve seen in a while, we see Ada’s girlfriends rise from their beds one by one and head for the house of the owner of the construction site where all their boyfriends worked and lost their hope. They are like the walking dead, and it is revealed soon enough that in this case, this is more than just a simile. The lost boys have found a way to claim the bodies of their girlfriends and seek justice through them. It is a credit to the actors who play the girls that we do believe that the boys speak through them, that the justice they will visit on the rich man is the only appropriate justice there is.

To me, the film’s genius is in the way that it plays with genre expectations and the way it manages to stay away from lecturing the audience in a setting that has been given to much posturing. It seems to suggest that a touch magic realism, or indeed good old horror, is what we need in order to escape the cul-de-sac of the "oppressed Muslim young people" narrative. Diop promises us there is another way, and that this way will be an unconventional, experimental and haunting one that uses all of the possibilities of the medium of cinema.