In a man’s world: IKSV screens Altındere and Pekünlü's films 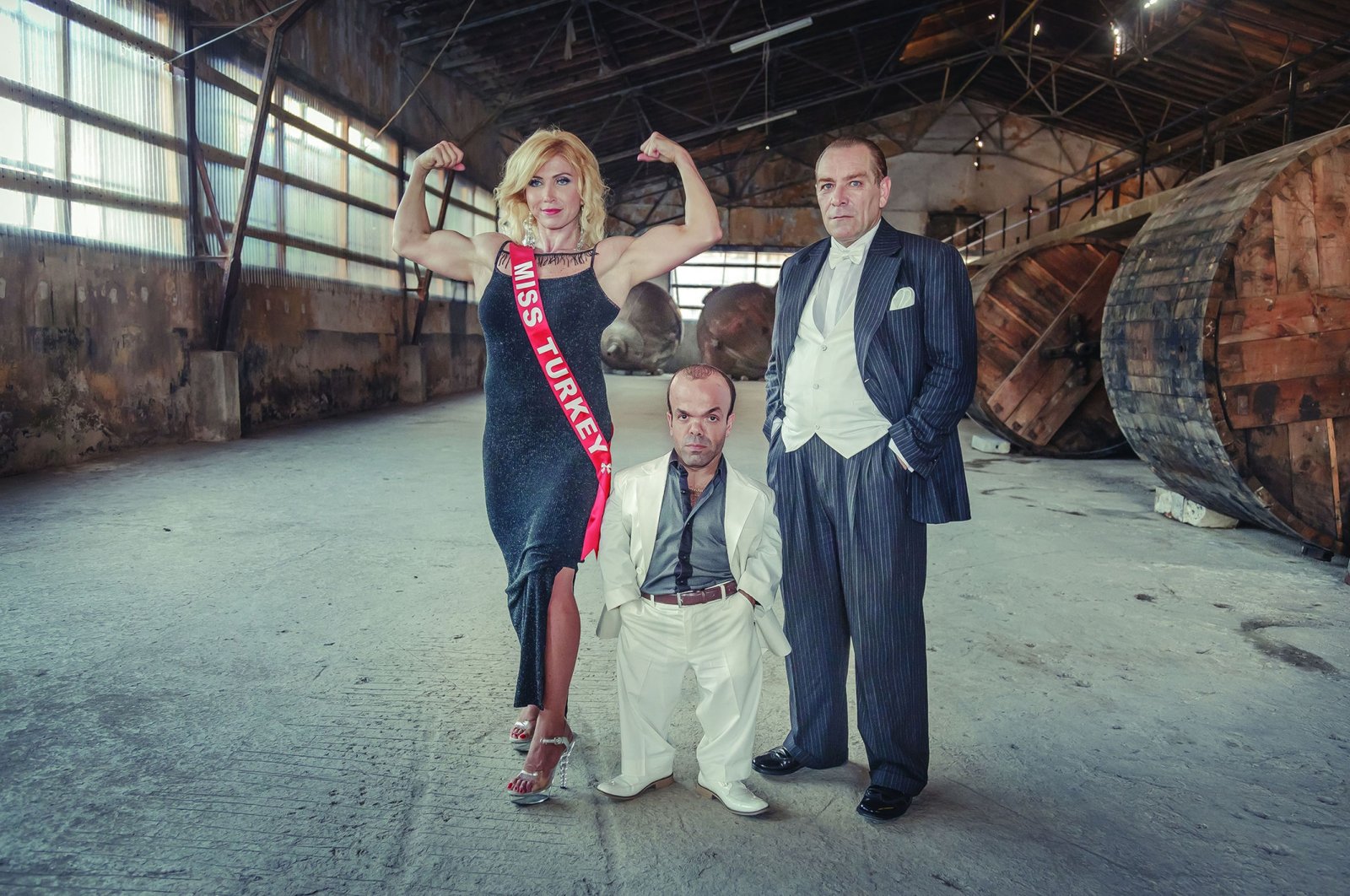 For its ongoing, online film series, IKSV is screening its weekly selection of works shown at the Istanbul Biennial. The current pair features "Angels of Hell" by Halil Altındere and "A Bathroom of One’s Own" by Zeyno Pekünlü.

They are men of all sorts, colors, shapes and sizes. But they are men. And they are worried about their hair. They want to look good and will go to great lengths to get there, combing, cutting, coiffing, styling, spraying and shading. Zeyno Pekünlü’s 17-plus-minute video collage “A Bathroom of One’s Own” is a remix of YouTube videos, compiled to affect a common yearning that men exercise in private.

It begins with an open door leading out to a dark hallway. The camera is propped up over the mirror of a spartan lavatory. In walks a shirtless, burly black man. His hair is locked in thick strands. He has music playing in the background, a theme that runs throughout the video, expressing the personalities of the men portrayed. Whether he is a muscly athlete, pretty boy, skinny punk, or beatnik hipster, his hair must first be vigorously toweled down.

Adapting the title of Virginia Woolf’s early feminist essay, "A Room of One’s Own," Pekünlü devised a pointed satire on the hidden complexities of masculine gender and the contrived illusions of personalized self-image. While the men that she included within the frame of her visual scope vary dramatically in character, ethnicity and culture, they enact an almost identical series of cosmetic techniques so as to perfect their appearance to the last strand.

Woolf, a woman of the late 1920s, opened her literary discussion on female presence with the following lines: "Instantly a man's figure rose to intercept me. Nor did I at first understand that the gesticulations of a curious-looking object, in a cut-away coat and evening shirt, were aimed at me. His face expressed horror and indignation." This passage emerges as Woolf tells of a peculiar confrontation with a man out to redirect her, a woman, walking on turf.

The perceptive writing of Woolf, distinct for its penetration into the psychological and metaphysical depths of subjectivity, critiques the fixtures of gender roles, with a keen eye for the selfish, narcissism of the male ego. In a similar fashion, Pekünlü exposed the intimate underbelly of men. When alone with a mirror, male vanity is arguably as vulnerable as it is for women when it comes to cultivating positive, confident body consciousness.

Halil Altındere's 2014 short film "Angels of Hell" begins with an aerial shot of a cliffside sculpted into the shape of Atatürk’s unmistakable visage. His beaming stare cuts through the gray marble of a mountain in İzmir. One of his famous sayings, "Peace at home, peace in the world" is inscribed in letters under his chin, which dwarfs the hillside hovels below. First declared as part of his campaigning in Anatolia in the spring of 1931, Atatürk coined the national maxim to express the diplomatic efforts of his Republican People’s Party.

The actor Göksel Kaya bears a striking resemblance to Atatürk, so much so that Altındere, in the manner of his typical, mimetic satire, cast him to play a fictive version of the founding father of the Turkish Republic. Kaya, playing Atatürk, lays on the grass, suited in a pinstripe getup, crested with a white bowtie, which would have worked wonders during the interwar heyday of the elder statesman. Above him stands the female bodybuilder Işıl Aktan draped in a Miss Turkey sash.

"Angels of Hell" is very much within the collective oeuvre of Altındere. In the fall of 2019, his solo show, "Abracadabra" at the Yapı Kredi Culture and Art Center revolved around wax figures of real personalities and archetypal characters peculiar to the local Turkish milieu, specifically from İstiklal Avenue and the building itself.

But with his uncanny sense of humor, Altındere chose Miraç Bayramoğlu as the star of his 13-plus-minute exploitation film. The 118 centimeters tall actor is dressed to the nines in flashy white. He is an outlaw, handcuffed to a briefcase. Inside a warehouse, a motley crew faces him, and a rote action scene ensues. A man played by Cesur Yılmaz sports a wildly puffed and yellowed hairdo. If he were young, he could easily have stood as a segment in Pekünlü’s film, "A Bathroom of One’s Own."

What is special about Pekünlü’s film is that, as a woman, she turns her critical and creative attention to men when, behind closed doors and by themselves, they engage in acts of artificial beautification, of body alteration also shared by women. And the young men whose inner lives she candidly documents unadorned by high-quality filmmaking, with the common aesthetic of social media phone production, are each of them solitary. They assume a variety of cultural models, interestingly reflected by their music.

The look of a swinging rockabilly sound is defined by greasy, slick-backed hair, retro out of the 1950s, while the emo facade is a shock of jagged edges, as fragile as it is fierce. In men, as in women, hair asserts social belonging and identity. It can determine manliness in men, and femininity in women. Equally, it exhibits youth. There is a fleeting moment when an older man is shown in "A Bathroom of One’s Own" that seems out of place, but it adds to the uncontrived mashup effect of the film, in contrast to the men’s attempts to perfect their variegating looks.

Woolf dedicated much of the perennial intellectual work that went into "A Room of One’s Own" to reflect on how frequently men portray women in their writing. She noted, in turn, that women do not write books about men. And examining snippets of observational prose written by men about women, Woolf’s essay trained the mind of the modern reader, and by the unfading relevance of her output, the contemporary thinker, to consider the biased casuistry of the male gaze in literature.

“It seemed pure waste of time to consult all those gentlemen who specialize in woman and her effect on whatever it may be—politics, children, wages, morality—numerous and learned as they are. One might as well leave their books unopened,” Woolf wrote, with classic poise by the tip of her peerlessly acerbic pen. “He was not in my picture a man attractive to women. He was heavily built; he had a great jowl; to balance that he had very small eyes; he was very red in the face.”

The literary commentary of Woolf resounds in the video art of Pekünlü, not only by the eponymous title of her work, but as a window of contemplation through which to distinguish how men portray themselves and seek to become attractive, with how one woman has pictured them, objectively, existing within a world of their own fantastical, unworldly, but fully human imagination. Aktan, as Miss Turkey, resurrects a celluloid incarnation of Atatürk in Altındere’s “Angels of Hell.” She is his accomplice in a microcosmic national shakedown.