In the moment: The hermits of Istanbul Modern 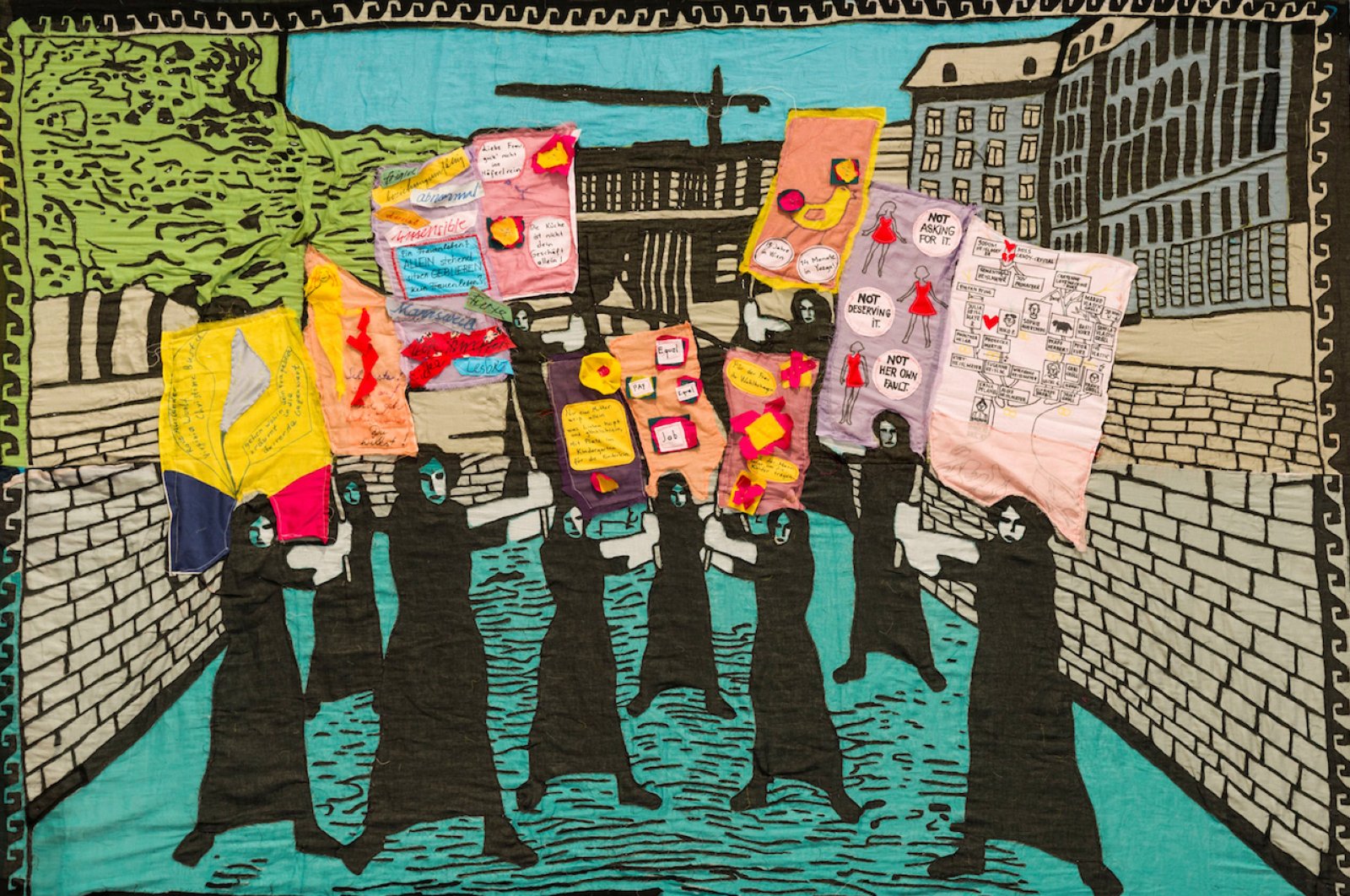 During the ongoing distancing, isolation and lockdowns across Turkey, artists at Istanbul Modern like Güneş Terkol, Irfan Önürmen and Taner Ceylan are demonstrating resilience through creativity

An artist is a light in dark times. They are individual guides gifted with shamanic souls, able to lead society through the unknown. They go where the way is least clear. There are countless cultural references to the metaphor. When it is no longer permitted to go outside, it is important to remember that the inner worlds of creative vision and psychological health await like a clearing in the middle of a dense forest.

“I took the one less traveled,” Robert Frost poeticized of two paths that diverged in the New England woodlands. “When the going gets weird the weird turn pro,” Hunter S. Thompson famously quipped from the campaign trail. Or as the metaphysical philosopher Ken Wilber asserted in his foreword to Alex Grey’s book, “The Mission of Art,” artists are tasked with giving meaning to life, “by the subjective revelation of Spirit.”

Istanbul Modern, ever the forerunner of the institutional pack in Turkey’s arts sector, produced a video series spotlighting their feature artists, asking them the simplest of questions so as to appreciate the nonpareil significance of the artist’s life during these unsettling times, not only for the sake of art but as a model by which anyone might glean wisdom and solace. The transpersonal dimension of the artist’s life and practice facilitates alternative connectivities.

To begin, their project is aptly titled, “On the Trail of the Artists,” with respect to the incessant sense of motion that artists inspire, persistently creating, networking and scheming despite the tendency to lock up in the face of a widespread shutdown. Their online portal opens with an image of an artwork by the textile artist Güneş Terkol, whose embroidery on fabric, “Against the Current” (2013), is a testament to the uninhibited tenacity of novel pursuits.

Looking in for a way out

Artists are essentially seers. Their identities as creators, as visionaries of potential worlds beyond the known, are born of a subconscious roiling that inevitably bursts forth and issues from their speech, as part of their look, and ultimately in their works. Terkol, whose art is an affirmation of female power, aligns her precious disciplines in textile crafts with a deeper sense of self than that which is generally prescribed by the mainstream society.

So, when the rest recoil, the eccentrics emerge, all the more apparent. And they come into the spotlight prepared, trailed by a constant source of impetus, of purpose, suffused throughout their developing bodies of work. Terkol, as an example, has decided to remain isolated in her studio. She sat up beside a tall plant, a breezy window casting rays of sun against her loose-fitting blouse in late March, reflecting on her more withdrawn days.

Accustomed to being alone with her work, like most artists, Terkol dug into her closet to discern all of the pieces of fabric she had collected and was neglected until time bent and the world slowed. Now, she has had the time to reduce her grandiose assumptions and scale down to create smaller works and to return to unfinished pieces. One wall in her studio showed an organized assortment of colored sheets, with playful figures outlined in black.

The artwork of Terkol carries an element of circus performance, as musicians, animals and anthropomorphic beings juggle and balance across circular, dualistic motifs. It is childlike, personal and fantastic. Her studio is candid, a mishmash of clothing, effects and the occasional stunning piece of art, like calligraphic silhouettes in black clothes surfacing out of the delicate folds of hanging fabric.

Relativities of time and space

Terkol uses color like a printer, adapting a sharp design sensibility, occasionally approaching pop art, or optical techniques, in her experiments with transparent, malleable mediums mixed with a recurrent focus on portraits of women and children. She is often bent over a sewing machine, surrounded by mounds of ephemera, collages reaching more than halfway up to the ceiling and strings of stray varicolored objects suspending out of view.

But she is not strict in her attention to the lines of productivity for which she is known and has since explored diversions, alternate means of expression, such as through music. When prior she would have left the studio guitar lying on the floor, she started to enroll in remote courses and even performed a brief interlude for Istanbul Modern, exercising an air, one note at a time.

For the last 10 years, Terkol and her mother have filmed interviews to tell the story of their family’s immigration. Finally, she has had time to go through their archives and return to editing the videos. She sits at her computer, its desk full and stacked from end to end, wearing a serious mien, peering into the screen for hints of details that may give life and form to the history that her folks endured along their own paths before she could follow hers in Istanbul.

And together with Terkol, the artists Irfan Önürmen and Taner Ceylan, whose works are part of Istanbul Modern’s collections, welcomed “On the Trail of the Artists,” participating in their peculiar styles. Önürmen, for example, took up the camera himself. Foremost a painter, Önürmen specializes in washes of elegant portraiture in which layers of color and shadow that bleed through each other toward a postmodern return to formal expressionism.

In the hands of another

Two hooded, masked figures square off in the middle of a tennis court. The weather seems cold on the vicarious side of the camera. From behind an interlocking, metal fence, a gloved pair of hands works to conceal half of the frame with a piece of paper, which whips loudly in the wind. The sky is dark, and the setting shifts to an interior, where the gloved onlooker is drawing on paper against a wall. He has the profile of Önürmen.

Rousing, cinematic music by Pat Metheny and Lyle Mays adds to the dramatic mood of the Istanbul Modern channel takeover by Önürmen, who then retreats into the sobering interior of a bookish studio, wherein a cat is sprawled over a recent draft. The music continues and spliced together with footage of COVID-19 victims, Önürmen cuts out the paper he had drawn on outside espying the mysterious duel.

With charcoal, paint and sheer critical thinking, he responds to the global pandemic with an aesthetic eye for distinctly, juxtaposed coloration, overlapping separate sheets of background sketches to begin a new piece. The video presents a gaze into the artist’s process, a bewildering pastiche of action and craft. Not a word is spoken, but his work speaks volumes of the inexplicable, emotional catharsis of art in times of crisis.

On the other side of the personality spectrum, Ceylan explained his isolation with an honest, upright candor, from his desk, surrounded by cats that keep him company in lieu of measures that would restrict his friends and colleagues from visiting. He has had to develop a new everyday routine, which has been trying. His segment is a simple, conversational piece, accented by the anticipation of his upcoming show about his perennial love for Istanbul.