Of family and empire: Transnational reflections at SALT Beyoğlu 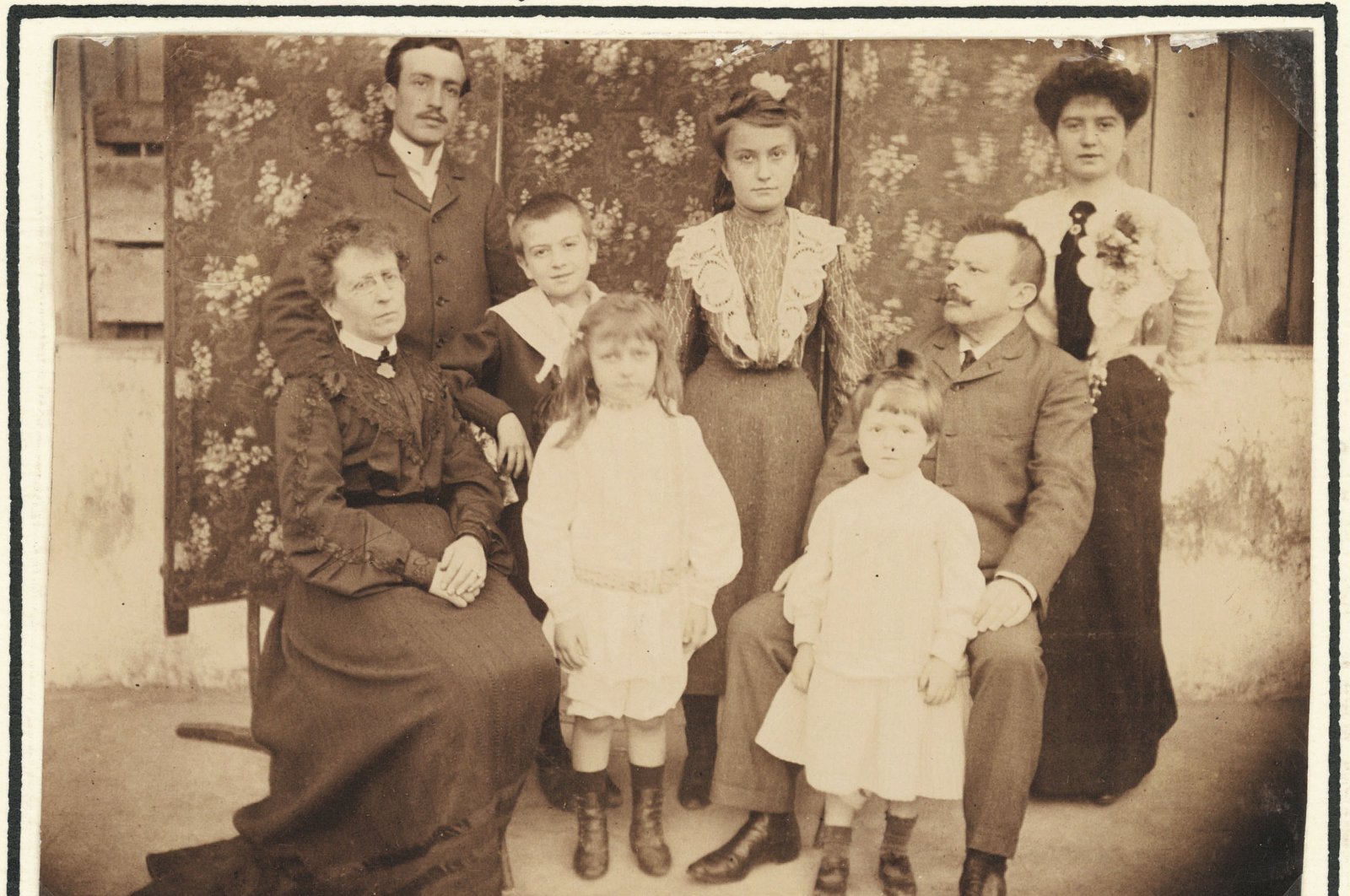 As part of its archival research mission, SALT has opened a comprehensive exhibition spanning three floors at its Beyoğlu space, drawn from the Köpe family’s records, a saga of Ottoman and European ties

There are breadths of time and experience that have occurred and on looking back dissolve into the ether of wonder, diluted by the means of remembrance. Without a reflexive build, the past is dusty and must be blown, like a wisher over a candle, thinking up a dream-like tale or a feeling unknown but wanted. And so it goes, with the Ottoman past, particularly when memorialized and researched in its former capital of Istanbul, there is a dizzying complex of orders and modes by which to sift through its behemoth mound of remains, unburied, dank.

The critical attempts of SALT to publicize its efforts in time travel, or historical research, are quite valorous, to the effect that dead narratives are retold, faded maps redrawn and the entire scope and spectrum of lives lived, in thought and action, on paper and as recorded, continue to have a place in postmodern, a la contemporary consciousness. But there are pitfalls within such endeavors, as to brave that leap between that which is recovered, and so, of course, decontextualized from its original place and time, in search of ongoing relevance.

In the subtext of curating material that has become, by definition, anachronistic, considering the wider sociocultural and multimedia environment in which it is seen, not to mention the political moment, what is then conveyed, are the organs of its display, and the manner in which it is communicated so as to make it communicable, knowable, perhaps amusing or aesthetically invigorating. In that case, “Between Empires, Beyond Borders” both succeeds and fails to show its subject, while reflecting the percepts of today.

The story begins, imaginably, with the sound of a creaking rocking chair. There are cobwebs in the corners of an old log cabin in the woods around Beykoz district. An elderly woman is knitting and muttering under her breath, while her daughter, a middle-aged academician with a family of her own, listens. Her mother is talking about Leocadie Tallibart of Brittany, who in 1842 married an Austro-Hungarian immigrant in Istanbul. They spill their tea, and the yarn continues without the needed stimulant. In America, their grandson is too tired to hit snooze.

Where borders are memories

Between family histories and the chronicles of civilization that run parallel in broader public spheres, SALT Beyoğlu has sought to capture and relay, through a variety of media, formidable amounts of the subject matter. But the sense of focus trained by “Between Empires, Beyond Borders” is generally fuzzy. There are seemingly random, almost eccentric detours of the historic occasion, such as the events of April 29, 1903, in which anarchist Bulgarian komitadjis (armed militia members) bombed the Imperial Ottoman Bank in the Vilayet of Salonica.

The installation of a cultural history exhibition is a microcosm of its more worldly export, those mornings, afternoons and evenings now relegated to the black-and-white pages and images of documentable evidence. Unless versed as a local, educated in the Turkish curricula since childhood, which is steeped in Ottoman lore, the main thematic account of Austro-Hungarian patriarchy and their lives in Istanbul, sometimes far-flung to the stretches of their host empires’ lands, is as obscure as it is curious.

It seems that, from a confessedly naive and superficial first impression as a foreigner, “Between Empires, Beyond Borders” is at a loss for a core thread that runs through its utterly convoluted web of visualized, walkthrough historiography. With an eye for the field of contemporary art, in which SALT Beyoğlu excels with unrivaled distinction in accord with its archival, research-oriented framework, the cartoons of Antoine Köpe and the photographs of his brother Taib offer a tantalizing window into the personal freshness of their perspectives.

Köpe was wealthy enough to enjoy what luxuries were common during his age, among them, the rarefied import of cinema. SALT Beyoğlu is showing a clip from the comedic 1906 film, “Soap Bubbles” by Georges Melies, a pioneer at the outset of celluloid production. Köpe, the grandson of Andras, the patriarch of the Köpe family tree in Turkey, recounted when he first saw a film, as a 5-year-old child in 1902. He thought it was magic that made the apparitions of light appear before him, and he feared the dark.

Köpe, however, would spend his life plunging straight into the heart of that darkness, trying his hand as a cartoonist. His sketches from the years of World War I are reminiscent of one of the very first war comedies, “Shoulder Arms," made by Charlie Chaplin in 1918, the year Köpe drew such illustrations as, “The Regalits’ tires” (1918), showing a superior officer dragging a cigar in the back of an automobile that’s leaking hot air out of one of its tires as the driver is unaware. It could be an apt metaphor for the ignorance of warmongers.

In those uncertain years, by the end of the second decade of the last century, when the entire world was changing at everyone’s feet, Köpe drew men in uniform with a humanist gaze, teasing out the weary lines of a sentinel waiting at the door of a barracks in Istanbul, or venturing into official portraiture, when, in 1915, he drew Paul von Hindenburg, the German chief of general who later served as president of the Weimar Republic from 1925 to 1934. Nearby are acerbic cartoons that Köpe made for La Defense, an Ottoman political journal.

While any number of various ways and approaches could be employed to focus on the sprawling exhibition, “Between Empires, Beyond Borders” may suffice for a more critical review. The illustrations of Köpe served to personalize and characterize a kindred mood. One that could very well have transpired after a heady argument among the brothers and men of the multicultural, transnational family on any given nightfall in their bygone Istanbul, when, over drinks and newspapers, rags and appetizers, they may have wondered, even amid such monumental historic change, if future generations might also remember them.