On next-wave feminism: An installation by Nazlı Gürlek Hodder 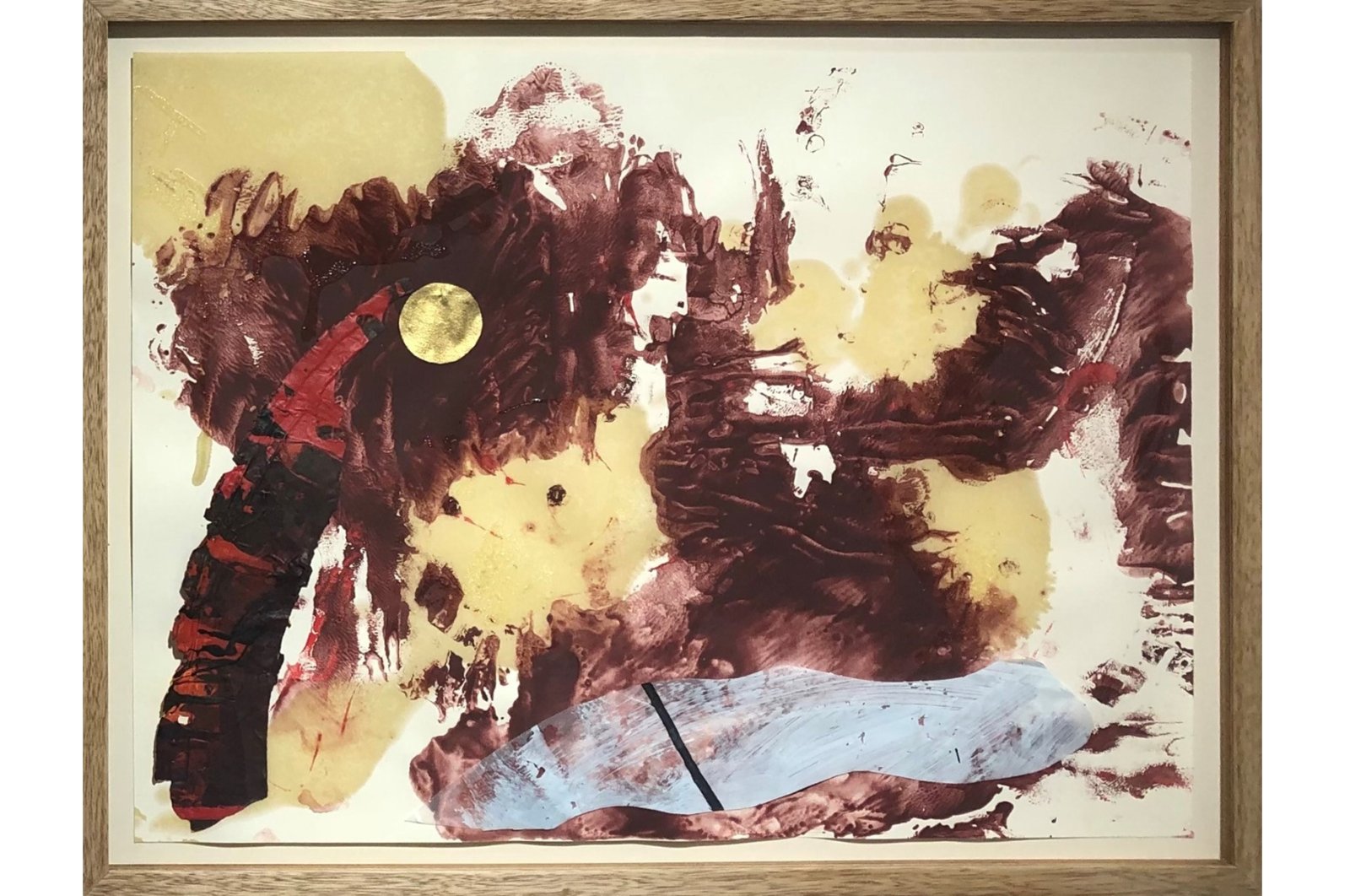 The artwork, 'In the Body,' by Nazlı Gürlek Hodder at the recently opened Evliyagil Museum in Dolapdere is a mythological exploration of feminine expression, sharpening both shamanic and ultramodern angles

In the months preceding the opening of her anticipated solo show in Istanbul, artist Nazlı Gürlek Hodder posted photos of her works in process from the San Francisco Bay area, where she was working in her studio on what became the installation, “In the Body." Hodder is also known as a curator of the fourth Mardin Biennial, among other prominent exhibitions that encompass her enduring interests in the mystic allure of Anatolia, its prehistoric lands bearing the mysteries of feminine embodiment, of Earth when it was revered as a mother goddess inspiring the earliest sculptures in the archaeological record, Venus figurines, the fertile female.

To date, the appearance of Paleolithic Venus figurines between Europe and Anatolia is separated by at least 30,000 years. The history of sculpture, and of figurative art, began when an early human, or humans, carved the very first Venus figurine on a piece of an ivory mammoth tusk in what is now Germany not more than 40,000 years ago. Interestingly, along with the representation of the female form in a functional state as reproductive life-giver, there was an anthropomorphic lion-man figurine, depicting her archetypal opposition and mate, in perhaps a more shamanistic guise, as a shapeshifter, transcendent amid earthly matters.

Hodder, in her artwork, is rewriting or reanimating the history of women, both as a personal expression, and drawing from her field studies at Anatolian sites like Çatalhöyük, where the “Seated Woman” figurine, dating back 6,000 years, was unearthed in 1961. The figurine was made during the final era of the Stone Age prior to the smelting of copper, or the Bronze Age. Whereas empirical sciences like archaeology define time according to how materials are used, Hodder, as an artist, proposes an alternate, though an equally factual realm of human experience, affirming the cyclical worldview of a proto-feministic spiritual naturalism.

To preview a vision

There were spattered canvases, action drips smeared, red and brown, internal colors of human and planetary bodies. The canvases, unprimed, raw, resemble the thick skins of ceremonial Central Asian drums, the heart of its circular frame beaten, as by a paintbrush, enticing spirits to appear out of involuntary haunts of forgotten spells and forbidden rituals. And approaching its total manifestation in the overburdened, urban core of Istanbul, in the industrial district of Dolapdere, the effect is tantamount to the culture shock a time traveler might feel traversing the prehistoric epochs to the present day.

It begins with a papery mass, reminiscent of a cave wall, painted with ochre and seeds, natural dyes gleaned from fruits and animals. On the ground, copper metalware speaks of a passage of temporalities continuous from the dawn of humanity through the epochs. There are knotted ropes that, entangled and splayed, seem like a serpentine's course over gravelly dirt. Even the placement of sprigs of vegetation is arid and weathered. And for a stark textural contrast, silvery, reflective globes rest on a pillow. The canvases, draped, might be considered to have aesthetic parallels to the frameless, psychedelic paintings of African-American color field painter and lyrical abstractionist Sam Gilliam.

Fragments of bodily contours, cast in latex, could be seen as the remnants of a performative trace, of which Hodder is a practitioner. In 2017, she collaborated with Koç University Research Center for Anatolian Civilizations (ANAMED), during its exhibition, “The Curious Case of Çatalhöyük” and Performistanbul to produce, “One," her performance piece, which included elements also in her current show, “In the Body," such as unprimed canvas and reflective globes. “One” sought to recreate a 4,000-year-old ritual, foregrounding a woman, performed by Aslı Bostancı, whose movements evoked the revitalization of an extinct ontology.

The curator as artist

The variety of facets, ingredients, objects and works within “In the Body” is at times unsettling, if not refreshing in its informality. It is almost like the working area of a disorderly healer who has wrestled with the chaos of the universe and comes back to the normal plane only to leave their bits and pieces of afternoon meddling astray. The show's features of ambiguity are in direct confrontation with utterly bald metaphors of the body, left hanging, exposed in the white light of the plain Evliyagil Museum in Dolapdere. Its glass storefront faces the rude awakenings of mechanized modernity: traffic, construction, pollution, overpopulation.

There are 25 unique pieces part of “In the Body," and they adhere to a collective vocabulary that, while in conceptual relation to the excavation of prehistoric artifacts and their cultural memory, are ultimately the individual expression of Hodder. Her work, “Totem” (2020), which stands like a stack of speakers against a wall, is the effective result of a lightbox illumining concentrically darkening circles of pale skin-toned orange oil paint on an unprimed canvas. She has carefully and quite elegantly elaborated its coloring against the backlight so as to craft lifelike lunar crescents.

The placement and framing of “Totem," however, works against its otherworldly magic that stirs from its internal content. The final impact of the artwork is that of a mere object, lain, as it were, haphazard, as a throwaway relic worthy of archival storage. Her series “Ihtilaf” (2018), which can be translated as “disunion” or “friction” are subtle, semi-abstract configurations of bodies in motion. Her broad washes of dark acrylic paint on unprimed canvas around a circular hole in the piece, “Body is a Portal” (2020) is also accompanied by a photo of its outdoor installation surrounded by forest, on dry grassland, issued as a transparent color print.

There was a walker, a seer, who listened and absorbed the presence of the installations and works around her as she went through the spatial extent of “In the Body," accompanied by a staff guide. At times, she smiled. It is possible that she may even have laughed, especially by the end of the show, in which the representational element of Hodder’s pieces are unmistakably evident, however metaphorical. It grows from the sculptural work of copper, ash and linseed oil on stone, “Cosmic Egg” (2020), which is simply a black oval-shaped sphere resting on an upturned copper pipe.

In a gesture of perspicacious self-consciousness, “In the Body” is also exhibiting a children’s drawing, “Hole” (2020), of pastels on paper by Furkan Gençtürk, who is 13 and lives in Kurtuluş, a neighborhood traditionally home to Turkey’s Christian minorities. In Dolapdere, across from the newfangled, opulent Arter museum, there is a bitter class separation between arts professionals and local families. Gençtürk sells water on the street by Evliyagil Museum. He walked into the opening of “In the Body" and told Hodder he liked “Body is a Portal” best, but said he could paint better. She invited him to try. He returned with his painting. His artwork is for sale beside hers.