On repeat: The quotidian anti-aesthetic 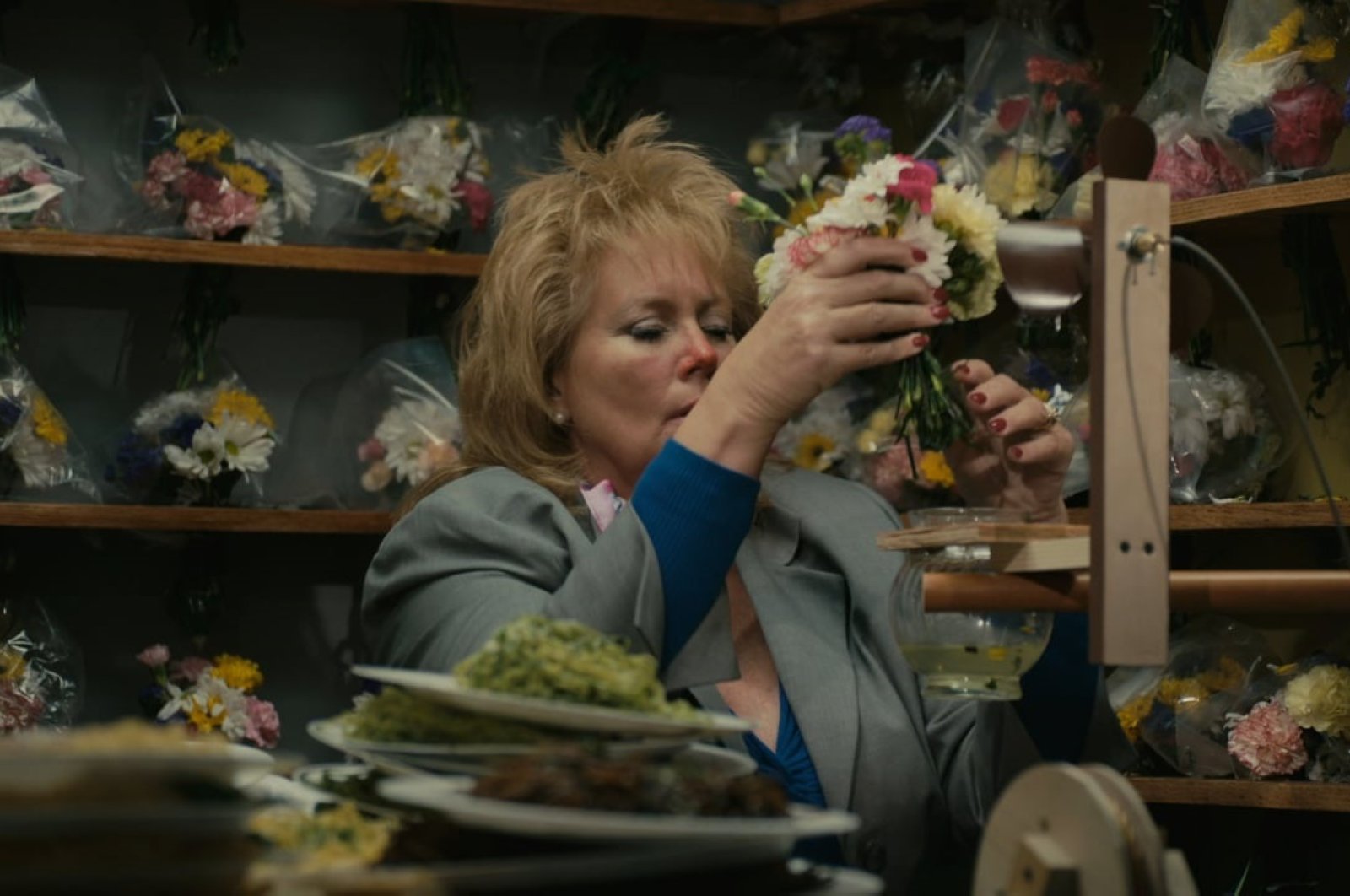 For its current weekly addition, IKSV’s Istanbul Biennial is retracing 33 years exhibiting video art with a pair of works by Mika Rottenberg and Georgie Nettell. Both artists convey the experience of daily dysphoria.

In able hands, repetition aggregates into resonance. Music is a ready example of artwork based on the principles of rhythm, which implies regularity. The natural phenomenon is clearly exacted in the field of physical science, particularly accented by historic findings in relation to the definition of fact. London-based artist Georgie Nettell is a young critic of the postmodern zeitgeist, in which notions of truth and representation are constantly in question.

Her video, “Every lie has an audience” (2019), is a five-minute psychosomatic pastiche of personal disillusionment and its discontents, to adapt the 1930 book title of Freud’s treatise on the unsuspecting foibles of civilization. Its collage-like course of images move from a glass of water filled before a vibrant green backdrop, to a man at home on his laptop watching the photos on his fridge fall in the middle of an earthquake.

Nettell is rocking the boat of social order, as she shakes the foundations over which contemporary society sways, beset by the dramas of artificial entropy. The demolition of a high-rise is spliced with footage of an aerial bombing, before a dismembered face of voices overlaps into a video call. The unsightly combination of images, set to a progressive rock song, effects a sense of repulsion.

“Every lie has an audience” could be interpreted as the tipping point where a person realizes they are caught in a vicious circle. As is known to students of psychology, such a volatile state may trigger either fight, flight or freeze. It could be argued that the feeling of redundancy, often digested as boredom in everyday consciousness, is not unlike having a recurring dream. Until it is confronted, laid bare and aired, it persists and may surge.

For her artist statement, Nettell referenced the Wigner’s friend thought experiment, conceived by the theoretical quantum physicist Eugene Wigner in 1961. Wigner was a Hungarian-American mathematician who won the Nobel Prize for Physics two years after developing his groundbreaking scientific critique of measurement, observation and probability. In layman’s terms, his work overturned the nature of human inquiry.

Wigner ultimately disproved the existence of objective fact. The implications of his research have parallels in the worlds of philosophy, literature, art and media. If facts do not exist, Wigner proposed, then the prevailing generation of physicists, artists and intellectuals are tasked with assessing the possibilities of their hypothetical return. But discussions about the mathematical conclusions of Wigner’s friend also inferred that many truths were observable.

By watching “Every lie has an audience,” perception of the same content changes simply because time has passed, and in that way, so has the greater context. It begs curiosity regarding the emergence of installation art, as the wider institutional frames within which creativity is produced, publicized and exchanged increasingly come into focus. Nettell shows the planet spinning, doubly exposed against a sped-up analog clock. Everything restarts.

A trio of plants grow out of potted soil furnished with coins. The cognitive dissonance of sprouting leaves with money precedes imagistic metaphors of maturation. A first-person shot of an infant spilling its breakfast is juxtaposed with a teenager checking out with junk food at a convenience store. Adolescence strikes like a rooftop blast, or a live feed. The incessant cycle of creation and destruction is subject to interpretation.

Like an early neorealist Italian filmmaker, Rottenberg cast real-life employees of AngePerle in Zhuji, Zhejiang province, China. The wordless tale opens with an emptiness so absolute it is chilling. Tall apartment buildings shadow irregular housing along a waterway. Then, the Caucasian actress Bunny Glamazon revs through on a three-wheeler. She is dressed as a middle-aged white-collar bureaucrat, heavily made up and coiffed.

Glamazon drives through the skyscraper development not far inland from Shanghai. She parks her recreational vehicle and excepting a lady with a surgical mask, does not see a soul commuting to the sterile building. Another woman glides past once inside. All seems relatively normal, but for a pair of feet sticking upside-down out of a plastic basket filled with pearls beneath her desk.

It is the first of a number of fantastical moments with which Rottenberg proceeds to relay her central concept. Glamazon has a superpower. She sneezes out ready-made meals. The interior of her workplace is as bland as the surrounding overcast atmosphere of especially banal Chinese housing projects. But, after the visual imagination of Rottenberg, the pale, discolored hallways are animated by bubbles floating in uniquely contiguous shapes.

In Search of what shines

Well-played snippets of editing add texture to the succinct anti-aesthetic of the video in which Glamazon squirts lotion onto her hands or sprays the soles of the mysterious feet that dangle upward by her ankles. Near the end of the piece, it is revealed that these floating parts of an invisible body belong to a worker on the other side of the reality divide. Underground, a Chinese woman revolves a fan contraption that causes Glamazon to sneeze over a bouquet.

There is an unsettling ambiance of abstraction, of absurdity, emphasized by split segments of clouded bubbles defying gravity in the peopleless recesses of the manufactured setting, even with some indoor plants. The contrast between the reflex of sneezing as the satirical facade of an economic activity is stark against the portrayal of manual laborers meticulously needling through shellfish, cutting them open in basements to find pearls.

Along the assembly line of pearl-extractors, one woman keeps spinning a wooden wheel that fans Glamazon upstairs, whose work is to sit and sneeze. She piles plates of basic, home-cooked dishes of overcooked noodles and other humdrum Chinese fare. The analogy of the people’s presence below her is inescapable, as a direct comment on the unjust oppression of workers whose lives and livelihoods depend on the thoughtless whims of impulse.

The more food that Glamazon sneezes into reality, the longer her nose gets. It is a trick of digital videography to lengthen her protruding face to such an extent. It would appear that her pixie dust also comes with a physical abnormality. Her longitudinal mien resembles that of Pinocchio, whose moral remains true through adulthood. Lies snowball, as Nettell might agree, until, as in “NoNoseKnows,” bubbles burst.