Resonance of arts in heart of Istanbul, where history, architecture meet modern life 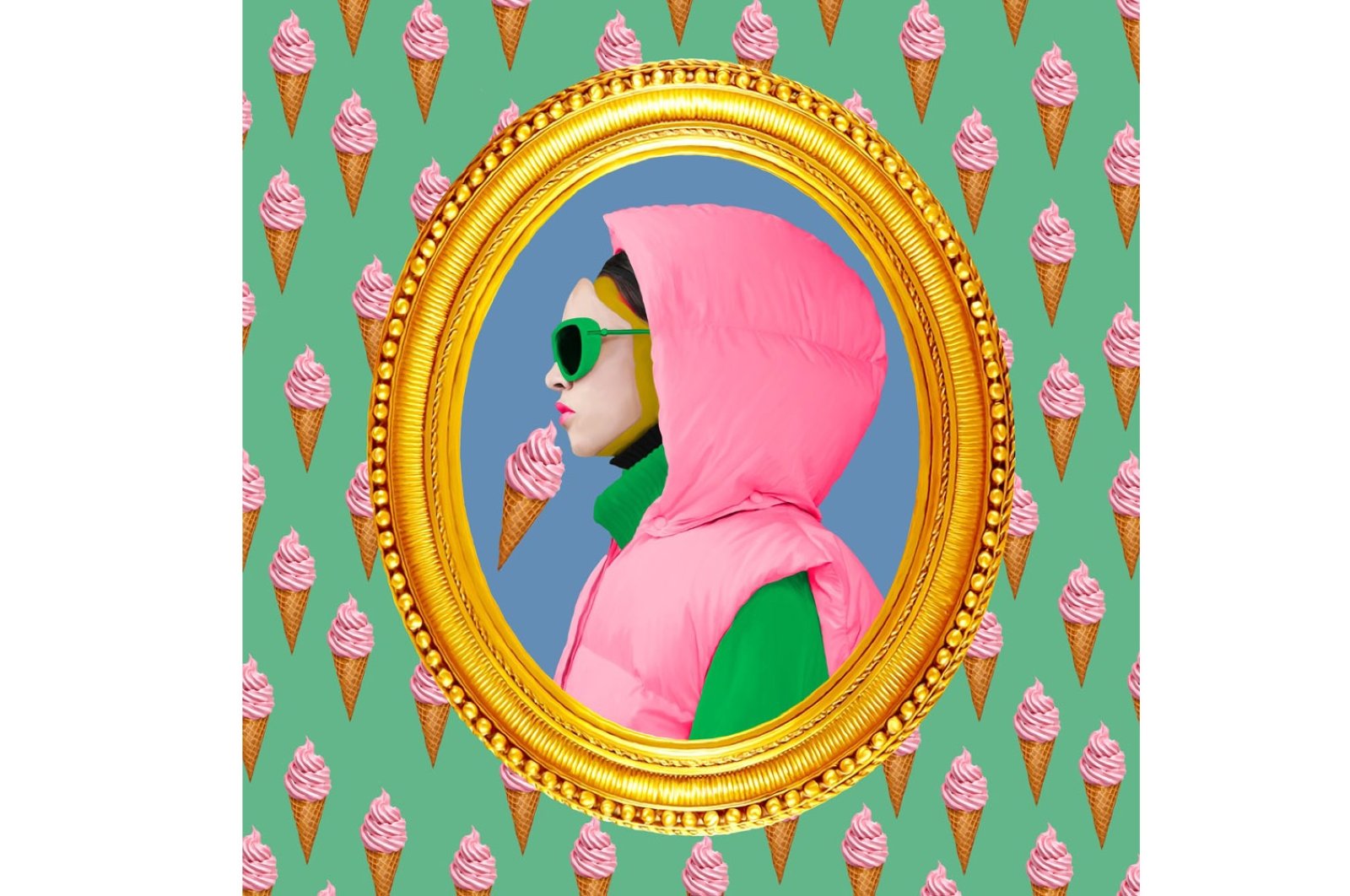 Located on one of the fanciest streets in Beşiktaş, Artweeks@Akaretler opens the new season with artworks featuring different, dynamic and unusual perspectives

With its historical atmosphere, Istanbul's streets and sidewalks can have a spellbinding effect on those who stroll them. Beşiktaş district’s Akaretler neighborhood, in particular, stands out with cobblestone streets lined with local shops. While walking up the sloping streets of the neighborhood, rowhouses, called Sıraevler, beautifully restored with charm and neoclassical style, welcome visitors.

The historical houses were built during the period of Sultan Abdulaziz in 1875 by Ottoman Armenian architect Sarkis Balyan. Adding color to the texture of Istanbul as the best example of the 1870s civil architecture, they served as accommodation for the leading high-ranking officials of Dolmabahçe Palace, which was the final seat of the Ottoman rulers, at that time. With a restoration project completed in 2008, the rowhouses became a significant gathering place in the city regardless of the event genre.

It is not surprising that such a place bearing traces of the past has become the new spot swarmed by people from various organizations in modern times. The latest event that drew crowds to Sıraevler, despite anxiety over the coronavirus, is the fourth edition of Artweeks@Akaretler, a program consisting of exhibitions, interviews with artists and workshops.

Bringing art lovers and collectors together with the works of local and foreign artists, the event is highly anticipated by art circles in the city especially because of its meticulously curated selections. I was lucky to have a chance to visit the fourth edition, spread across the numbered buildings 25-27, 35, 37-39 and 55 of Sıraevler.

I always start to visit group events like Artweeks@Akaretler with this exhibit, which attracts my attention most. This is why my steps directed me to Building 35, where the Ara Güler Museum offered some imposing captures by Turkish photojournalist Güler, who was also known as "Istanbul’s eye." Even if Güler never described himself as an artist and stressed what he was doing was just capturing a moment of history, his iconic black-and-white pictures of Istanbul and its residents prove that he was a gifted photographer who hit the right chord and touched the soul of viewers with his heartfelt perspective.

Stunned by Güler’s phenomenal Istanbul photos, I walked to building No. 39 where a large selection of works by prominent artists of Merkür Gallery is exhibited. The gallery, founded by Sabiha Kurtulmuş in 2010, offers new works that the artist produced in their own style with the promising power of art. The vividness of the artworks reveals that the gallery offers the event to bring dynamism to the cultural industry again. The artists contributing to the gallery's effort are Abdülkadir Öztürk, Arzu Akgün, Burak Kutlay, Cengiz Yüzsever, Ersan Deveci, Eylül Deniz, Fatma Tülin, Zeynep Çilek Çimen, Gamze Zorlu, İsmet Doğan, Kurt Bullend, Kübra Boy, Nilhan Sesalan, Nilay Özenbay, Saliha Yılmaz, Şevket Arık, Şevket Sönmez, Ziya Tacir, Burcu Perçin, Ebru Döşekçi, Ekrem Yalçındağ and Vuslat. Two pop-art paintings by Çimen in this space were especially mesmerizing as forms of expression of traditional interaction.

Zeynep Çilek Çimen is a young artist on the rise in the contemporary Turkish art scene. In Turkish painting, miniatures, calligraphy art, carpets and rugs, manuscripts, embroidery and all other traditional arts were included in art production in modern forms, and a new language began to be formed through this new trend started in the 1950s. This new language, established with care and skill in the trace of new forms, managed to transform the local into a novelty. Creating her artworks with a similar view, Çimen moves toward producing even greater abstract motifs and adopts the approach of placing a visual on an optical surface. At its core, this approach is centered on the relationship between shapes while also allowing for the use of symbolic motifs.

Her art pieces for Artweeks@Akaretler follow a simple, clean line, allowing for the proper placement of motifs inspired by a nomadic existence. These intertwined images of the artist are deformed to establish new notional ties and transformed into a stylistic concept that carries the belief that cultural identity can be displayed through symbols.

However, Çimen did not only participate in the event with just these two pieces. Her other two paintings are also on display in building No. 55, where the Art for Goodness Association, aiming to contribute to the development of the art environment in Turkey, displays valuable works by artists who participated in its projects “One Year in Passage," “Impressions from Anatolia” and “Workshop Cer."

As an attendee of the "Workshop Cer" project, Çimen prepared two pieces for this exhibition as well. The first painting comprises of black and white tones and again reconstructs regional images. But this piece moves away from calligraphy and analyzes them with geometric color plans.

The other painting of the artist plays with the "elibelinde" (hands-on-hips) motif, one of the symbols that embody the rich cultural identity of Anatolian, Seljuk and Turkish societies. The people of these societies passed on meaningful, subtle messages with their art. And Çimen, combining all these elements in her works, interpret their motifs with analytic lines, which lead to the creation of a unique algorithm.

Meeting with Feride Çelik, the curator of the association’s exhibitions, by chance, I learned that “Impressions from Anatolia” comprises of artworks produced by fine art students from different regions in Turkey, while “One Year in Passage" presents pieces by young artists who graduated from Mimar Sinan University Faculty of Fine Arts (MSGSÜ).

Çelik said that they received more than 60 applications for the “Impressions from Anatolia;” however, she had to choose eight among them to display at Sıraevler. While mentioning how challenging the evaluation period was for her, it became clear that the curator felt proud of her output.

I should mention I found this section charming because its works were opening the doors of a different world. What was magical about Çelik’s curation is that she has chosen artworks created with extraordinary perspectives. When I heard the name of the section, the first thing that came to my mind was paintings showing Anatolian culture. However, what I saw was completely different. Clearly, the pieces were a part of Anatolian lands as they were the creation of Anatolian students’ hearts. But they also tell particular stories, from brand obsession and wars that put children into desperate situations to the coronavirus affecting the whole world.

The works of “One Year in Passage" were no less expressive than the “Impressions from Anatolia.” This project was realized with the motivation to meet the production costs of young artists who are graduates of Mimar Sinan Fine Arts University (MSGSÜ). While the young artists of this project work at the workshops under the supervision of professor Nedret Sekban and Aslı Özok, they frankly expose a different reflection of their personal stories on their canvases.

You can also enjoy this great art by visiting Akaretler Sıraevler. The exhibition will continue until Nov. 8, 2020.