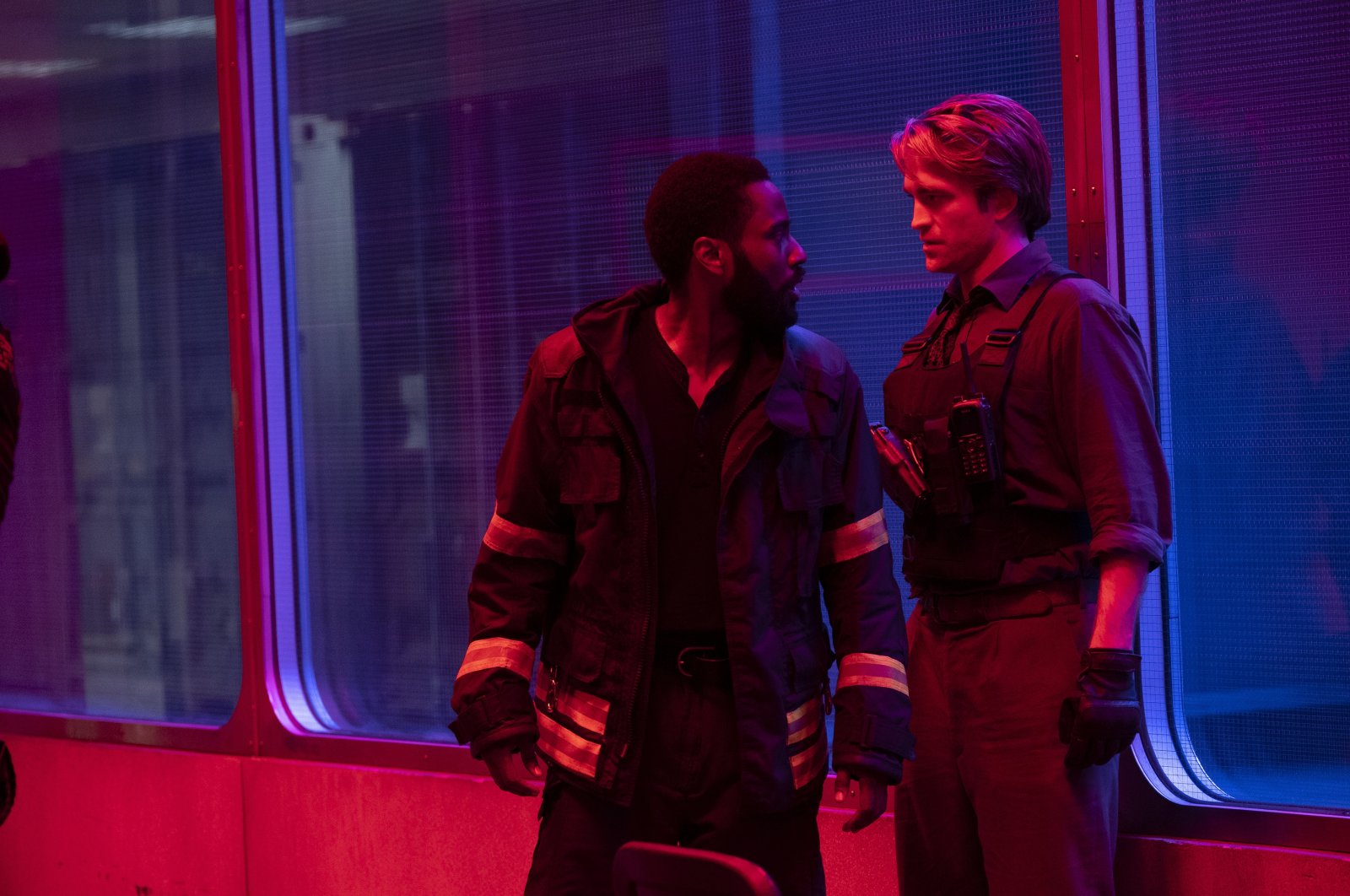 The new time-bending palindrome 'Tenet' by Christopher Nolan first appears as a classic spy story; however, it is everything and nothing you expected

Christopher Nolan’s “Tenet,” delayed due to the coronavirus pandemic, has become a much-anticipated movie after a summer without blockbusters. The more we waited, the greater our expectations became. We began to wonder if the director’s latest thriller could save cinema in 2020.

With such convoluted, costly and quality movies like “Inception,” “Interstellar,” “Memento” and “The Dark Knight Trilogy” on his resume, it was not likely that we would get a quiet, slow-paced production by Nolan in his next work. Made for the Imax scale, the spy thriller “Tenet” resembles a Bond 007 production, but it delves deeper by featuring considerable sci-fi elements.

I remember reading headlines about Nolan’s interest in adapting the British spy’s next adventure to the screen a few years ago. However, the producers of the upcoming Bond movie “No Time to Die,” Barbara Broccoli and Michael Wilson, decided to work with director Danny Boyle, a favorite of cinemagoers. Under the cover of creative differences, the duo announced Boyle’s stepping down as the director of the movie. Then, the filmmaker of the production, which was initially released in April but postponed to November, became Cary Joji Fukunaga. It looks like Nolan went on to make his own Bond version with “Tenet.”

Suddenly bringing us to a terrorist heist at a Kyiv opera at the very beginning, the movie basically revolves around the story of a CIA agent who tries to prevent World War III and save the world. Following the predictable storyline presenting the involvement of this agent in international espionage at the movie theater, I could not help thinking that the synopsis I would write about the film would sound cliche.

However, the real trick of the movie, which is the only element satisfying viewers’ expectations to some extent, is time inversion (not time travel). The nonsequential past, present and future in the movie is a recognizable style in the Nolan oeuvre. In the standard agent story, the director utilizes an interesting element to make the movie gripping: inverted bullets. The future attacks the present with bullets that can defy the flow of time. The present generation is under the threat posed by posterity. That is not all. They try to destroy their ancestors with a weapon that will cause an apocalypse worse than a nuclear holocaust.

A scientist, played by Clemence Poesy, introduces the regressive bullets to a CIA agent named The Protagonist and played by John David Washington, star of “BlackKklansman,” reminding him that he is not here to understand what’s happening. She adds that while The Protagonist catches a bullet: “Don’t try to understand it, feel it.” Maybe this line is the message that Nolan tries to give the viewers of “Tenet.” We do not watch the production to understand it but feel its action.

Nolan’s films have always been relatively difficult to understand, offering a twisted plot. However, this latest one, which is far from his finest work, appears to be the hardest to shoot as a director and to follow as a spectator due to its central narrative.

Inspired by the ancient Sator Square, which is known as the first puzzle in history, the title of the movie is a clue to this narrative. Sator Square consists of five-letter Latin words written one under the other. The words are “sator” (farmer), “Arepo” (possibly a name), “tenet” (to possess), “opera” (labor) and “rotas” (to rotate something), all of which find a place in the movie.

A carving of the square was first found at Pompeii in 1925 on a house’s bathroom wall during excavations. Since then, it has been found across the world, including in Rome, Italy and Syria. A possible translation of the square means, “Farmer Arepo rotates his plow for work.” Even if this translation does not trigger a flash of insight into the movie, the symmetrical structure of the square surely gives us a hint. The Sator Square is actually a palindrome, which means you will read its words the same backward and forward. “Tenet” (spoiler alert if you don’t want to know) also gives the impression that you watch the same series of events twice as the feature presents them in reverse order in its second part. In other words, you see the events again backward with no change (though sometimes with more details) like you read the same words on the Sator Square.

Time inversion and reverse events naturally make the plot complex and a little bit hard to follow, but the essential points causing a disconnection are that the film loses consistency, with some errors in logic and far-fetched side events. After the challenging pandemic period, I hoped to see a strong screenplay, but instead, I was left trying to connect the links between events to put the film in perspective. When I looked at the rest of the people in the theater, I saw the same expression on their faces.

Despite the meager script, the death-defying action scenes attest to Nolan's talent in this genre. During the dog-eat-dog, exciting scenes like the burning of a cargo plane and the multi-car chase jazz the rhythm of the movie. Putting the money on the screen, it is clear Nolan spared no expense. With a budget of $205 million (TL 1.496 billion), the movie is the second-most expensive production by him after “The Dark Knight Rises.”

When speaking of the action scenes, the score composed by Ludwig Göransson also deserves a mention. Nolan’s usual soundtrack collaborator Hans Zimmer did not take part in this movie as he committed himself to the compositions of the highly anticipated sci-fi “Dune.” Göransson’s rare skill for tension-building scenes is like gold dust for thriller directors.

Moreover, the stunning performance of Robert Pattinson, who also recently played Batman in Matt Reeves’ film "The Batman," as Neil – the practical companion of The Protagonist – makes its mark in the movie. After seeing a trailer of “The Batman” and “Tenet," Pattinson has proven he is more than a “Twilight” guy.

“Tenet” will definitely be successful at the box office since it is the only Nolan movie with frenetic action. In short, if you like Nolan’s realistic action scenes and are impressed by mind-blowing screenplays, “Tenet” is worth seeing at the movie theaters.