To rise out of ash: Geopolitical art at ifa Gallery Berlin 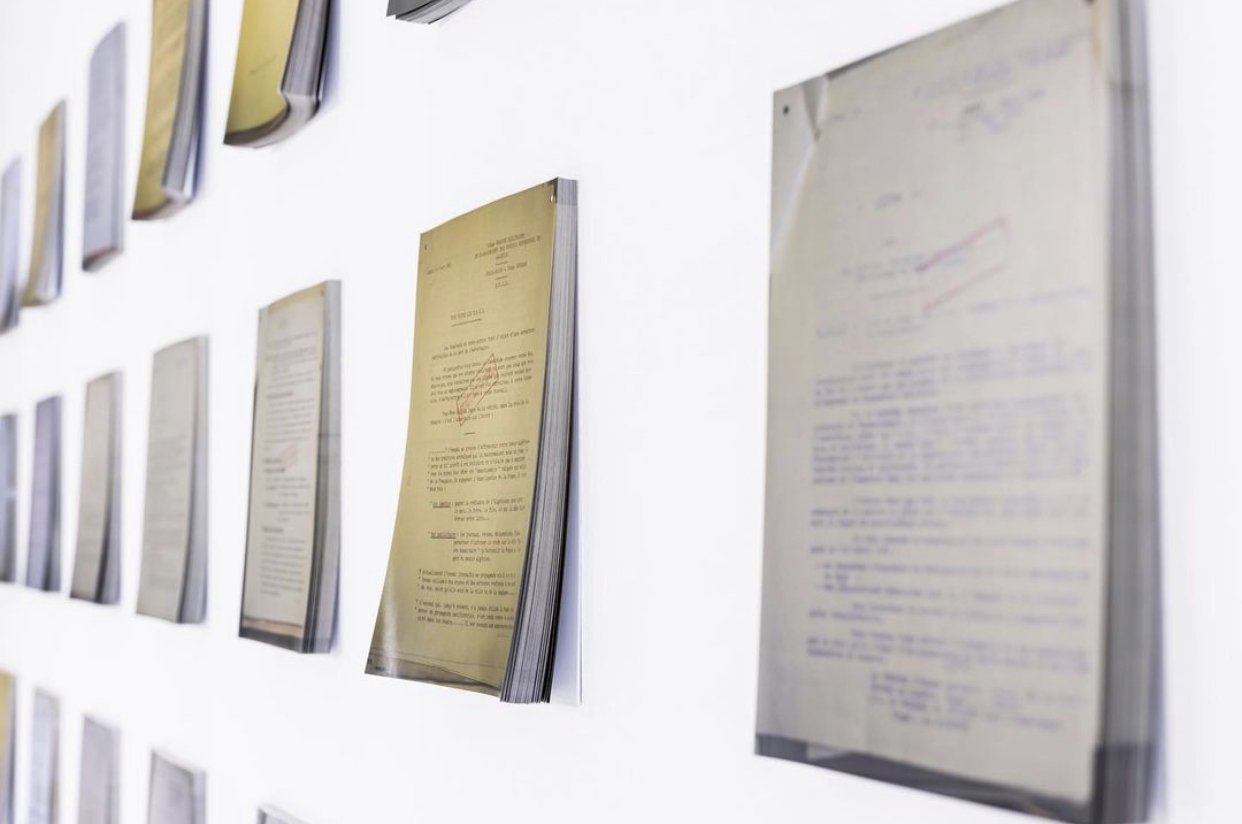 Since 1990, ifa Gallery Berlin has curated exhibitions on the role of contemporary art within this period of Westernized globalization. Its current show, “For the Phoenix To Find Its Form in Us” dialogues with Middle-Eastern, Asian and other perspectives

The folkloric verse of African renaissance-man Birago Diop serves as a prefatory muse inspiring the present curation at ifa Gallery Berlin. The six artists whose works are splayed across the floors and walls of the quaint nook of an art space all focused on the animate power of objects to tell stories of collective dispossession. France, Germany and other postcolonial nations with imperial pasts are slowly realizing their historic relationship to the Global South in which they are beneficiaries of their stolen cultural artifacts. Modest shows like that at ifa Gallery Berlin demonstrate a refreshing response to this realization, fomented directly by creatives with backgrounds steeped in regions embattled by undying culture wars with the West.

Over the summer, Berlin buzzed with the opening of its long-anticipated core institution, Humboldt Forum, designed to rival the Louvre. Its inaugural exhibitions shocked all with its retrospective on ivory animal tusks, as the museum’s direction provoked the international public to rethink the unfading urgency of history, especially as it concerns Europe in relation to Africa. It was a confrontational gesture that was said to have been intended as an act of transparency during a time when German cultural workers are approaching the mammoth task of repatriating certain unjust acquisitions, effectively stripping tourist attractions that have helped fill municipal coffers for over a century.

In Diop’s poem, “Spirits,” he writes that things breathe, that they demand listening more than that which is apparently breathless, and what they breathe is the breath of the ancestors, those unforgotten if nameless past lives who endured the violent thievery of their beloved, tangible heritage, painstakingly crafted and created with ancient multigenerational skill, beautifying their people and lands, imbuing their communities with humanity and meaning since time immemorial. “For the Phoenix To Find Its Form in Us” is a curatorial parable, critiquing the possibility of returning cultural objects through formal restitutions in a world shaken by pandemic ruin as it goes up in flames, its political boundaries long redrawn.

Meanwhile, the disease of colonialism remains in force, however inconspicuously, beyond the forms of its historical precedent. One design of the modern or contemporary in modern or contemporary art is to stay the tide of technological advance, to ride out its barreling waves on the edges of reason and justice. The younger generation of artists in Europe, especially those with minority backgrounds from the Global South, forward avant-garde styles of communication with the latest exposures of neocolonial manifestation, researching the intimate undercurrents of materiality and documentation with the fine-toothed combs of their conceptual eccentricities.

Entering into the space of ifa Gallery Berlin during the “For the Phoenix To Find Its Form in Us” exhibit is an exercise in mental and emotional patience, as is characteristic of most contemporary sculptural installations. A multifaceted piece by Amsterdam-based Senegalese artist Oumar Mbengue Atakosso, entitled “Lost and Found (Gris Gris)” (2018) neighbors and intermingles with a sculptural work by Palestinian artist Jumana Manna, also a highly perceptive intercultural filmmaker. At ifa Gallery Berlin, Manna demonstrates her peculiar methodology concerning the spatial reconfiguration and free association of objects. Her work, “Cache (Insurance Policy)” (2019), adapts a feature of Levantine architecture.

Together, beside an object-oriented imagination of the traditional African charm known as “gris gris,” Atakosso contextualized postmodern immigration and conceived its hurdles as a wasteland of geometric artificiality, strewing red safety triangles about the storefront interior, scattering blankets, clothing and various domestic shapes out of a rough, industrial textile. It is as opaque and abstract and as it is plural and alluring. “Lost and Found (Gris Gris)” evokes a comparative relevance adjacent to “Cache” by Manna, which is described as an anthropomorphizing of the “khabya,” seed storage chambers common to homes in Palestine. Manna’s and Atakosso’s works detail the cultural institutionalization of the personal.

While Manna’s piece examined the architecture of museological taxonomy as an extension of capitalist commodification, Atakosso similarly explored the transformative nature of immigration in which, like objects slated for repatriation, immigrants have endured the narrows of the geospatial and bureaucratic rigmaroles that will often haunt their families and communities for generations as they attempt to integrate into the monolithic spheres of neoliberal Western classism. Atakosso, who also heads the audiovisual festival, “Africa in the Picture (AITP),” as its Executive Director, resorted to a mathematical metaphor by which to explain the fundamental praxis of his artwork.

The concept of “homothecy” (sometimes spelled homothety) is the Russian doll of arithmetic, which Atakosso employed in the sense of personhood as occupying various selves in relation to spatial changes, such as the enlargement of their experience of space, whether on national, cultural, domestic or personal terms. “Gris gris," then, is a non-Western model of homothecy in that it fixes a point of metaphysical energy to an object. As cultural artifacts are increasingly repatriated to the Global South, it would not be impossible to consider their lives and revisions in Europe as integral to the preservation of their legacy, even once back inside their country of origin. The illusion of return is perhaps naively neocolonial.

To hold or behold

An electric piece of work at the ifa Gallery Berlin show is a stop-motion video titled, “The Ballad of Special Ops Cody” (2017) by Iraqi American artist Michael Rakowitz. It is searingly critical, almost to the point of outright mockery, in reference to the degree of absurdity that ensued during the United States occupation of Iraq. The pure abstraction of rationality that Rakowitz took as his point of departure encircles the story of a captured American soldier that bristled the ranks of the U.S. military until they realized that their ransom victim, spuriously named John Adam, was none other than a model action figure sold exclusively on U.S. military bases in Kuwait and Iraq.

“The Ballad of Special Ops Cody” goes further, with a well-timed sense of humor, as the toy leads an expedition into the University of Chicago’s Oriental Institute, much of its acquisitions deriving from Iraq’s Mesopotamian archaeology. The action figure of Cody does his best to persuade artifacts to return with him, but they are literally petrified by his example, an unsettling figment of the brutally unstable nation they were displaced from. The plethora of artworks shown at “For the Phoenix To Find Its Form in Us” are practically bottomless, as is true with a documentary, textual installation by Samia Henni, whose multimedia work, “Archives: Secret Defense?” is a prolific indictment of French colonialism writ large.