To screen or not to screen: A digital experience at Mixer 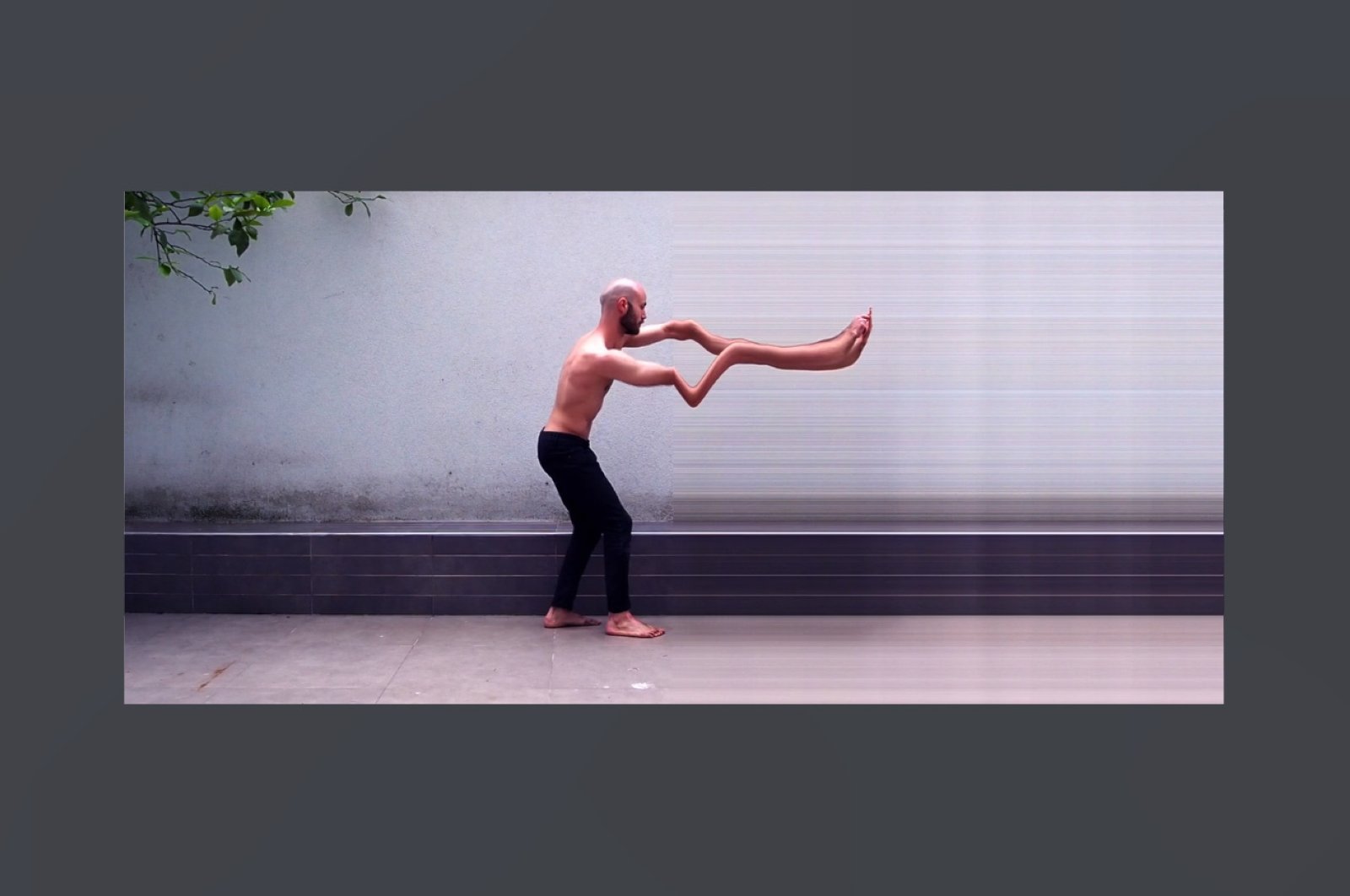 In these uncertain times, as distance has taken on special meaning, the screen has gained a renewed primacy. Through an online portal at Mixer, 12 artists enter the void where experience meets oblivion

In the space that remoteness creates, potential expanses breed unexpected orders of being and interconnection. That is the crux of the current online exhibition of video art at Mixer, slated for remote access through the summer. Every Turkish artist who contributed work to the show also invited a foreign artist to equally participate. National identity is arguably more flexible and more liable to dissolve entirely in cyberspace, particularly when curated with a universal sensibility, conveying art that strikes at the roots of human consciousness.

If technological gadgetry essentially functions as extensions of the five senses, the eye beams foremost. It might be said that computers began from touch, something like how an eyeless insect feels. But, from the bulky modules of the 1950s to the popularly commercialized desktop in the 1980s, the visual emerged. What followed were sounds. While generally unable to transmit tastes and scents, the imagination takes over where sight, sound and touch end. It could be said that touch computing is still ambiguous, however, as it is a one-way street.

Since the advent of touchscreen capabilities, computers have become inundated with streams of information regarding the nature of human touch. How and what people touch is increasingly translated into the digital imprint of history when it comes to onscreen visibility. And yet, the metaphysical realm of notional computation remains a mystery. In other words, that which is touched is simultaneously transcendent, and ultimately, unknown. Such is the vision of Balkan Karışman, whose piece, “through the slit” (2020) renders touching digital.

Despite its sway to big tech and advertising, the young, naive world of digitization has received an information flood of biblical proportions for at least the last decade. Against the whirlpool riptides of its torrents and downpours, individuals, in solitude or collectivized, while distanced from each other, face off with the internet, a perplexing web of attractors as confounding as it is user-friendly. Performance artist Can Gökdoğan, like a martial arts student out of “The Matrix,” pervades the transformative, impalpable sphere of virtual reality in “through the slit.”

Over an unsettling and transporting sonic ambiance by Burak Dirgen, “through the slit” is almost narrative in its capture of the impossible fight and the inevitable confrontation with synthetic digital experience. Gökdoğan lunges and leaps from one side of the perceptual divide to where the real meets the virtual. For all of its overt tendencies, the piece works its way into cerebral definition with a subtle harmony, playing with themes of ontological dissonance and the mutations of selfhood when navigating liminal worlds between sense and self.

The work of French digital artist Mathieu Le Sourd, best known as Maotik, makes a welcome appearance at “Art on Screen,” Mixer’s summer dedication to the medium of video. Taking off from the idea that technology is practically all-pervasive, Maotik focused on climate for his piece, “erratic weather” (2020). The curatorial statement of "Art on Screen" references Nam June Paik, one of the founding fathers of digital art, who, in the 1970s, dreamed of a world where digital experience would be a part of daily life.

Paik was prescient from a distance but helped to catalyze his self-fulfilling prophecy with his piece, “TV Garden” (1974-1977), a historical escapade featuring cultural icons like dancer Merce Cunningham and poet Allen Ginsberg. That preceded his 1984 broadcast, “Good morning Mr. Orwell,” which reached 25 million viewers around the world, sowing the seeds for the concept of viral content. Paik remains part of Istanbul’s art landscape not only through its computer portals but also in Arter’s collections, and elsewhere.

Utilizing prime technological aesthetics, “erratic weather” begins with a faded shimmer of beautiful, multicolored bands of light that spiral in and out of shapes resembling that of typhoons, hurricanes and cyclones. To the hypnotic, waving rhythms of Maarten Vos, whose sound composition is as radical and visionary as Maotik’s graphics, the sight and sound of the piece merge with chaotic harmony. When the image blurs, the glitch effect turns the aesthetic sour and in that unraveling, the digital world reveals its very real, inhuman soul.

In the vein of Paik, considering the conveniently transmittable medium of digital art, Maotik ventured into the field of social cause with his comment on climate change, placing an accent on the nature of change, and problems of anthropocentric environmental awareness. But other artists in the show, such as Can Büyükberber have taken the opportunity to use computer technology as a means to explore traditional crafts. Three digital sculptures from Büyükberber’s series, “Multiverse” (2017), relay the transcendental poetry of virtual creation.

Returning to a planetary context, while Büyükberber did adapt the human form, Canadian digital artist Trudy Elmore’s piece, “2020” (2020) is an aquatic exploration of disorder suspended in a submerged seascape. The slowness of the animation assumes an ambient, otherworldly sublimity as the virtual camera angles its way through a floating nether realm of dual-colored bodies, spindly plants, wayward schools of fish, and reflective globes. To the sound of a cathartic, synthesized pulse, Elmore tapped into a kind of digital spirituality.

Artist as a computer

With an illustrator’s sensibility, showing six human figures framed on repeat within antique, conceivably orientalist arches, postcard-like, Meltem Şahin presented “sketches with + for + from ai” (2020). Its color scheme is painterly, five of the six persons doused in chalky pinks and purples reminiscent of tie-dye, or impressionist oils revived to an ‘80s look. They are all obsessed, somehow, with their heads, precisely putting them back on, and letting them fall, whether their own or a model.

“Sketches with + for + from ai” is a work linked in many ways to that of Büyükberber, as it quotes sculptural aesthetics, yet is original in its accommodation of historical attributes visualized with a pop, internet accessibility. Set to eerie music, the 44-second video has a ghostly quality, as a postmodern meditation on the abstraction of death and the immortality and immortalizing potential of computer intelligence. Through her inventive approach to the repetitious, mechanization of the digital, Şahin humanizes technology by making art out of it.

Baltimore-based designer George Wylesol surveys the notion of reality, its cold and tireless persistence, with a revival of early computer illustration. Three of his GIF-like pieces animate the everyday, working modus operandi of the majority who lead lives defined by various degrees of indifference, boredom and alarm. On the other end of the spectrum, experimentalist Ozan Türkkan mines endless fascination with fractals and algorithms toward an interactive, socially transformative vision of video art in the breathtaking “fractal body #3” (2019).