Traveling with Çağatay to 'The Land of the Anka Bird' 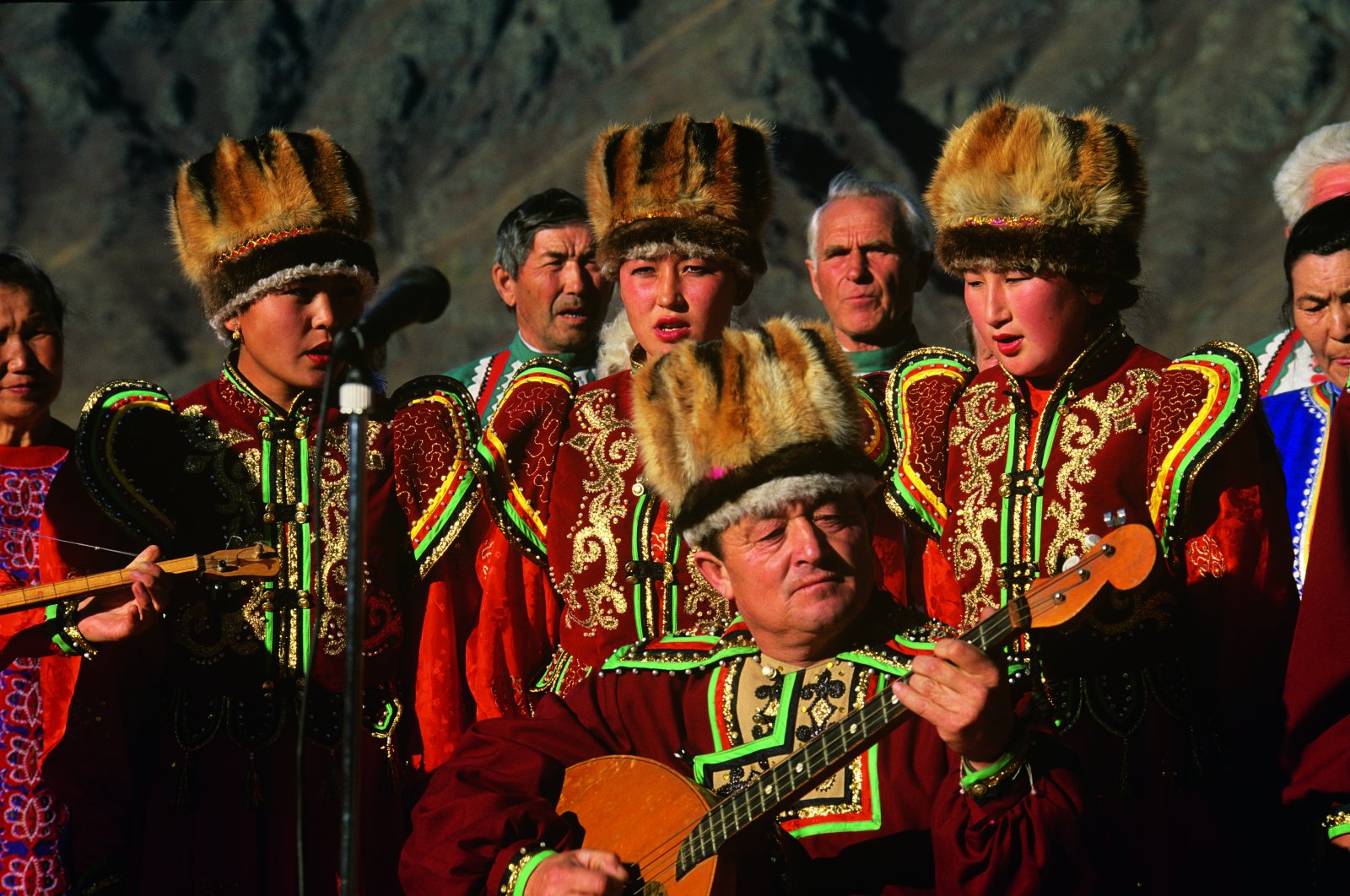 ‘The Land of the Anka Bird’ is a photographic journey through the Turkic heartlands seen through the lens of the late veteran photographer Ergun Çağatay. It offers glimpses of vanishing landscapes and the diverse peoples that inhabit them, to the delight of the armchair traveler

One of my favorite memes of 2020, in all its unpredictability and anxiety, was that of two identical-looking men, one with a Greek flag and the other with a Turkish one their T-shirts. The one with the Greek flag is looking at a bust – “an epic Greek dude” – that looks exactly like him and his thought bubble says “My ancestor.” The one with the Turkish flag is looking at another bust – “an epic Turkish dude” – that has Asian features and looks nothing like him. He, like the Greek flag bearer, is saying “My ancestor.”

I am describing this meme at length in a review about a book detailing a photographic journey, “The Land of the Anka Bird,” because I think it feels like part of the same exercise the meme is engaging in. A Turk looking at and into the faces of Central Asian people almost always implies an act of investigation, a wilful recognition of some shared features. We always want to test the history we have been taught in high school, that our “ancestors” came from Central Asia, the land of the Anka bird. The name of the photographer, Ergun Çağatay, already evokes such yearnings and connections: the Turkic language of Çağatay (Chagatai) that we hope will connect us to our cousins.

This book of photographs is introduced by Caroline Eden, herself an author who writes on Central Asia. She gives us a brief account of Çağatay’s eventful life. It is clear that Çağatay was interested in all things Turkic, and as the scope of this collection shows, went further afield than Central Asia to find what connected Turkic speaking peoples. Eden gives us a list of photographs that have especially struck her and stops to ponder on the one taken in the desert that was once the Aral Sea. This is a climate disaster that is potent with meaning, and I too take a few more moments to look at the photograph, the faces of the children who are on the boat, smiling at Çağatay. They reinforce my understanding of contemporary Central Asian people as “the ones who didn’t leave,” marooned on a boat. This image is more salient in the Turkish psyche than one may suppose, as the pop-singer Teoman used the images of the desert where the lake ought to be in his romantic ballad “Gemiler.” This wistful song about separated lovers works well as a metaphor for the spaces and centuries that separate the Turk that’s singing and the Turkic speaking peoples he has filmed for the video.

After I have lingered on the Aral Sea photograph, I turn the page to see that we are in Mongolia. I sense the sea change in the clothes of the monks, and the colors and the patterns used in the temples. After that, we do a backward summersault and find ourselves in Gagauzia, Moldova, in a church. The clothes, if not the faces are now more familiar. I am playing a zero-sum game of Turkishness. You lose points here, you gain points there, and maintain a modicum of connection to the lands where the Anka is that mythical bird of knowing thyself, always lingering just out of reach of your attempts.

It is very much within this emotional landscape that I look at Çağatay’s photographs. As I turn the pages, I stop to look at an expanse of frozen tundra, all white, and reindeer in the background. I am reminded that these are important documents from the turn of the millennium, documents to go back to when we might not be able to see such an unbroken wilderness of white. Lost in pessimism, my eye wanders to the description of the photograph, and before anything else, I see "the vast distances that Çağatay traveled" thinking that Eden is talking about the language. All the way in this arctic corner of Yakutia, Russia, you may still find people speaking a Turkic language. Only a second later do I realize that she is talking about the photographer, and I wonder if Çağatay’s interest in these lands might have something to do with his very own name.

While the landscapes are arresting and make you ask cosmological questions, it is the faces that draw you back in. One such is the face of a buzkashi player. “Known as oghlak tartysh in Turkic,” Eden says about the game. Is the second word the Turkish word “tartışma” (meaning debate or quarrel to an extent in modern Turkish)? There are so many etymological rabbit holes you can go down in this book. The player, clearly thinking out a strategy, is wearing a “chapandaz.” These, Eden explains, are Soviet-era tank helmets, perfect protection for a “tartışma,” and an excellent metaphor for the cultural directions that Uzbeks are pulled in. It is always salutary for a Turk of Turkey to discover that a contemporary Uzbek may have more cultural references in common with a Russian than with themselves.

But like the man in the meme, I keep on looking to discover similarities. The clothes, the pots and pans, the zeal with which young people apply themselves to choreographed dancing on national days. There are not many interiors to look at, but one photograph from Azerbaijan, men huddled in a çayhane (teahouse) corner, on what seems to be a very grim day, captures the melancholy of such spaces, a sentiment we know quite well from Orhan Pamuk’s writing. The glimmers of hope in the photograph are the three tulip-shaped tea glasses that catch the few rays of light from the window. If there is still tea, there is still hope.

The book comes at a time when we despair at traveling any time soon, not only to the countries presented in the book but even to an exhibition space where we may stand in front of photographs and appreciate them at our leisure. “The Land of the Anka Bird” manages to recreate that feeling and heralds an era of publications where more exhibitions, as well as being held online, will be offered in book form. So, find a comfortable place to sit, sip some tea and let Çağatay take you to the land of the Anka bird, with Eden as your guide.