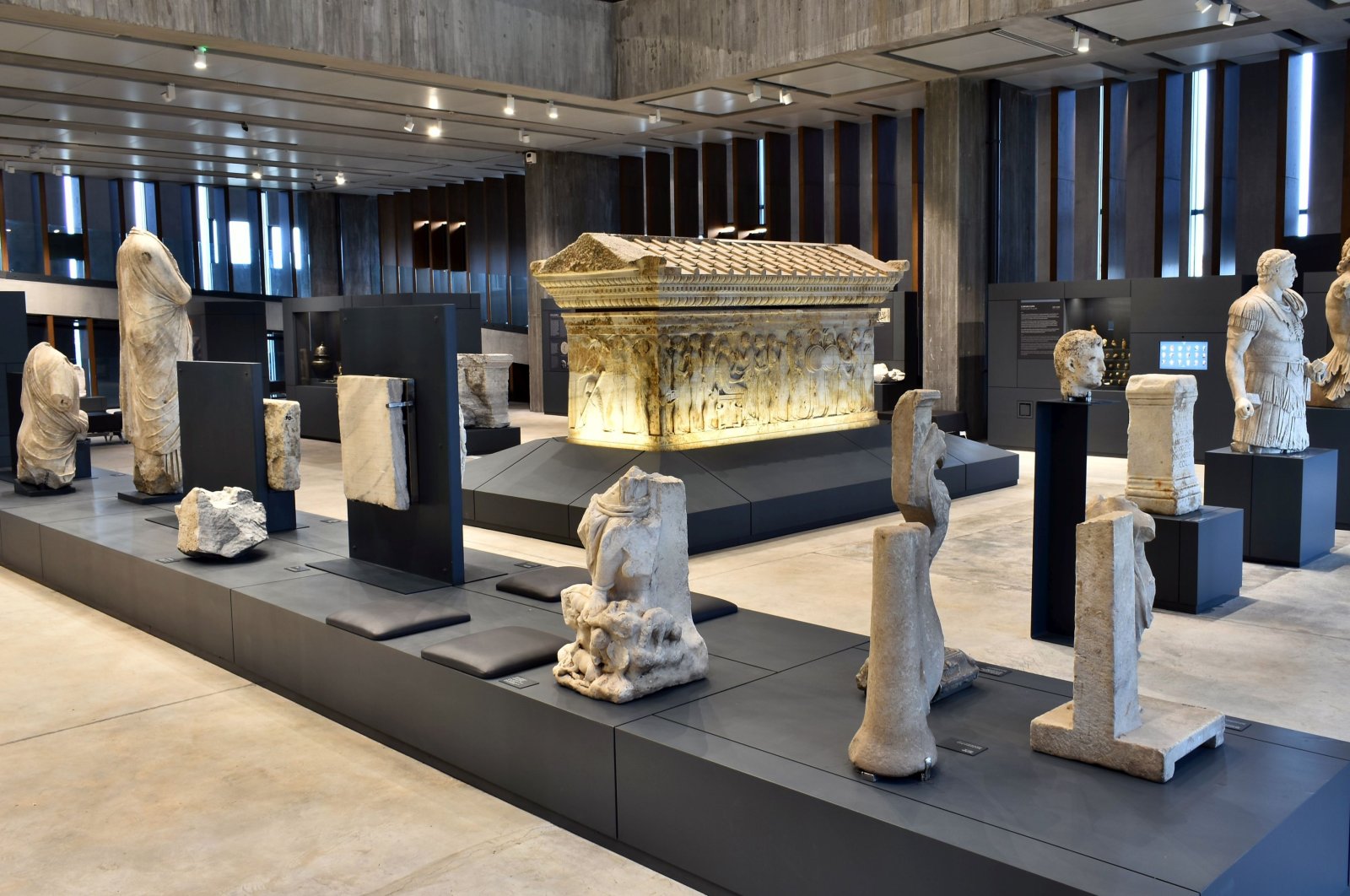 At Troy Museum, the life and archaeological history of Troy and its cultures that have left traces in the Troas region are retold through excavated artifacts and digital presentations

The archaic city of Çanakkale, straddling two continents on Turkey’s western coast, is a windswept land known for its historical significance as well as its legendary setting. While looking for a relatively uncrowded and quiet place with my father for a getaway following the coronavirus lockdowns, we happened to visit the city for a few days this year.

The city center of Çanakkale is indeed a student town and naturally a very dynamic and vibrant place for a short holiday. However, most students coming from other cities to study here had returned to their hometown during the virus outbreak and were not back yet, which made our trip stress-free.

Çanakkale, whose coastline hugs the Dardanelles, features many must-see attractions including Kilitbahir Fortress, the Çanakkale Martyrs’ Memorial and the war cemetery to the north of it, the central five-story clock tower, Tenedos (Bozcaada) and Imbros (Gökçeada) islands and the ancient city of Assos, where you can also enjoy a crystal clear swimming experience. However, I was thrilled to visit the Troy Museum. I have had the chance to visit many destinations, including the Martyrs’ Memorial, in the city before, but this is the first time I saw the modern museum, which opened in 2018 and is one of the most impressive of its kind.

Luckily, a friend of mine was in the city at the same time, and she gave me a ride to the museum, which is nearly 30 kilometers (19 miles) away from the city's center.

Right at the entrance, it is easy to see that an impressive experience awaits visitors. While historical artifacts unearthed during the excavations of the ancient city of Troy are on display even in the garden, the entrance ramp provides information about archaeology, dating methods and details about restoration, conversation and more. Spanning four floors along with a terrace, the museum’s ground floor introduces the cities of Troas, the historical name of the Biga Peninsula in the city. This section also explains the geography of Troas in general with its archaeological findings. It offers the histories of various ancient cities, including Assos, Parion, Alexandria Troas and Smitheion. Visitors can learn about the past of these cities as well as information about their archaeological excavations. The interesting displays of the section contain terracotta figurines and pots, stone and bone tools, masks, puppets and glass artifacts.

As a person who is easily moved by anything bearing the traces of people of past ages, I was mesmerized by these artifacts and it was really difficult for me to stop examining them and to walk to the next floor through another ramp. The spellbinding atmosphere of the museum also continued on the first floor, shedding light on the Bronze Age of Troy. The layers revealing the development stages of the ancient city are presented in chronological order,

showing that the second, sixth and seventh stages of Troy are the most powerful phases in the history of the ancient city. The daily life and crafts of the city were explained through 3D animations along with products of rural masonry, weaving, pottery making and cooking methods. A showcase in the shape of a ship also underlines the importance of maritime trade in Troy during the Bronze Age. Reading the sad story about the city’s abandonment after a war, I advanced to the second floor, which covers a period from the Archaic Age to the Eastern Roman Empire.

Featuring the reflections of Homer's "Iliad" and the Trojan War epics to the oral tradition, the floor introduces the war’s minstrels, heroes, events and places with drawings, models and digital applications. Some artifacts and maps of the cities of Troas mentioned in "Iliad" were present in this section. The story of the Trojan War and the collapse of Troy is narrated through animations.

From the very first step into the museum, I was looking forward to seeing the second floor as it also houses the Polyxena sarcophagus. I can easily say that this is the most magnificent artifact I have seen to date. Found 110 kilometers from Çanakkale’s city center in Biga district’s Kızöldün Tumulus in 1994 during a rescue excavation, the sarcophagus dates back to the sixth century B.C. It is considered one of the earliest sarcophagi with figurative forms. On one of the long sides of the sarcophagus, the sacrifice of Polyxena, the little daughter of Trojan King Priamos and Queen Hecuba, was depicted, which gives the work its name. While examining it, I noticed a hole in the cover of the sarcophagus. I was thinking it may have happened during the excavations but later learned from an explanatory text that the hole indicates the sarcophagus was looted centuries ago.

The last floor of the museum reveals another period in the history of Troy. Settlements in and around Troy continued during the periods of Anatolian beyliks (principalities) and the Ottoman Empire. Texts, engravings and photographs showing the importance of Ottoman settlements in these ancient lands and Dardanelles in the early days of the empire are on display in this section as well as the ongoing pottery and ceramics traditions and stone works in the city. Speaking of the city’s historical interest in ceramics, I also highly recommend visiting the inspiring Çanakkale Ceramics Museum. Back on the third floor, the section also displays the history of the excavations that have been carried out since the 19th century in the city.

After visiting all the floors, we were back in the car heading to the city's center again. Even though my visit to the magnificent city eventually came to an end, Troy continued to linger on my mind for many days to come.