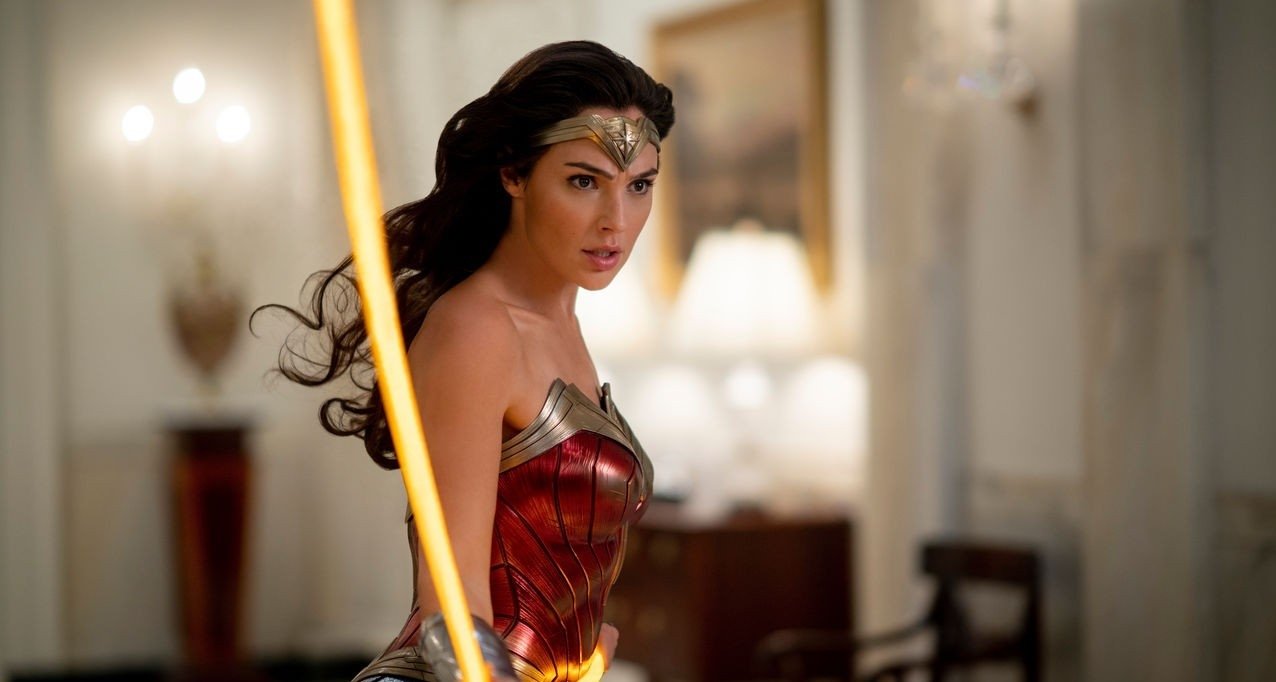 The much-anticipated sequel to 2017's “Wonder Woman,” “Wonder Woman 1984” was recently aired on HBO Max. Its filming was completed and the trailer was released before the pandemic. During the outbreak, its date of release was postponed many times. However, the producers could not keep the audience waiting any longer.

As with the first film, “Wonder Woman 1984” has Gal Gadot as Diana Prince, or Wonder Woman, and Chris Pine as Steve Trevor in the lead roles, while the film's villains include Kristen Wiig as Barbara, alias Cheetah, and Pedro Pascal as Max Lord in the sequel. We also see Connie Nielsen as Diana's mother Hippolyta and Robin Wright as Diana’s master Antiope in some scenes. I must say that there are no other important characters in the movie.

In contrast to the first film, the trailer of the sequel appeared extraordinary thanks to its dynamic pace, action scenes and colorful presentation. However, unfortunately, “Wonder Woman 1984” falls short of expectations due to both the inadequacy of evil characters and a low-motivation plotline. Even if we set our expectations aside, this movie is below average.

As a matter of fact, the criticism of the film and the drop in ratings on movie platforms also point to this. This is because the acting, storyline and filming completely fail to capture the imagination of sharp moviegoers.

Let’s explain in detail why the sequel caused disappointment – spoiler alert if you don’t want to know.

It is almost impossible to compare “Wonder Woman 1984” to the first film, which was very successful in depicting a female superhero’s struggle against war and destruction along with her discovery of her powers in the world of humans – actually in the world of men, as subliminal messages suggest. As with the first film, the opening scene of the second film features Diana's childhood.

Young Diana, played by Lilly Aspell, joins a tough horse race with adult female fighters on Themyscira, the island of women. Although she is only a child, she leads the race with an astounding performance. Arrogance, however, takes over even before the race is finished, which distracts her, and she falls off her horse.

Diana takes a short cut back to her horse. Just as she is about to win, Antiope gets hold of her. She tells Diana, who is bitter over the prospect of losing, that she did not truly win and that she cheated by taking the shortcut. This scene shows the plain truth, which must be accepted no matter how painful it may be. Through this scene, the overall message of the film is conveyed right at the beginning.

Then we come to the U.S. of 1984, where we see a colorful, lively, affluent and happy country. A gang of thieves robs a jewelry store selling antiques on the black market. One of them clumsily drops his gun to the ground. A woman’s screams stir panic in the mall.

As the thieves escape, one of them throws a child down from the balcony of the mall. After rescuing people on the streets, Wonder Woman suddenly appears, saving the child and catching the thieves. The reason why I am mentioning this scene in particular is due to its poor quality. During the cringe-worthy scene, you may even wish, “Thank God, I did not watch it in theaters.”

After all these scenes that can only appeal to children, we see Barbara in scruffy clothes as a meek, lonely, frumpy character. She is an expert in the sub-branches of archaeology and works in the same museum as Diana. The FBI asks her to investigate the antiques from the mall robbery. The artifacts attract Diana's attention as well, as they are from the theft incident she intervened in. So, the two become friends.

This is where the key incidents begin. Among the antique artifacts, there is a three-pronged citrine stone held in a circular base with talismanic Latin inscriptions. The stone has magical powers and grants wishes to whoever touches it – so much so that you can resurrect the dead and have everything you want in an instant.

Throughout the film, the whole plotline is built around this stone and its equivocal power. Where does this stone come from? What is its historical background? What is its place in the DC Universe? Who is the divine being who gives power to the stone? Why and for what reason did he make such a stone? Although various explanations on these questions are put forward as the plot unfolds, none of them is satisfactory.

The stone does not correspond to anything in our world or in the DC Universe. However, in the first film, such mythological and legendary elements were described in a satisfactory way through the animation. That is why the film’s motivation behind the evil remains pretty weak although it is the sine qua non of a superhero movie.

When Diana takes the stone in her hands, not yet knowing its power, she coincidentally wishes for Steve, for whom she has longed for years, to come back to life. Barbara wants to be as strong, smart and attractive as Diana.

The wishes of both are fulfilled: Steve is resurrected in another body, which only Diana can see. Barbara also becomes very strong and attractive and comes under the limelight. However, while the stone fulfills wishes, it leaches Diana's superpowers and destroys Barbara's goodness and sincerity.

In order to return everything to normal, it is necessary to either destroy the stone or to declare that the right to wish has been renounced. Of course, it is easy neither for Diana, who has lived alone for years with a longing for Steve nor for Barbara, who has been alone, weak and unadmired all her life. When Barbara learns about this, she cannot accept the truth, just like Diana could not accept that there is no shortcut to winning the race.

Max receives people’s wishes one by one and gets something from them in return. In the end, he takes the American president under his influence and makes a live satellite connection with the entire world. He fortifies his strength by fulfilling the wishes of the whole world. But people’s wishes are endless. As everyone gets what they want the easy way, chaos suddenly escalates and the entire world’s civilization disappears.

Diana does not want to lose Steve, and she has to stop the chaos caused by the stone. Her power is also about to disappear. She has no choice but to give up her wish and lose Steve again.

The plot does not depict Max Lord’s motivation in a satisfactory way either. His emotional bond with his son and the traumas of his past are conveyed in a trice in the finale. The plot is characterized by ruptures. Likewise, Barbara's transformation into Cheetah is also not adequately addressed.

Instead, there are unnecessarily long and illogical scenes. For instance, Steve, who only used 1915 propeller planes during his life, can fly jets in an instant in 1984. We watch them fly among the fireworks for a long time.

Events take place without a focal point. The action scenes do not contain a satisfying epic aspect, either. The fight with Cheetah and several scenes of conflict are weathered. Either because these poor aspects in the film were noticed by the producers or the easy way out was taken, the movie benefitted from Zack Snyder’s 2016 Batman production in the finale.

The emotional soundtrack “Martha” of Hanz Zimmer and Junkie XL, as we know it from “Batman v Superman,” comes into play. By and large, the soundtrack of the movie is not remarkable in any way, however, it does have a part to play in the attractiveness of the finale of the film.