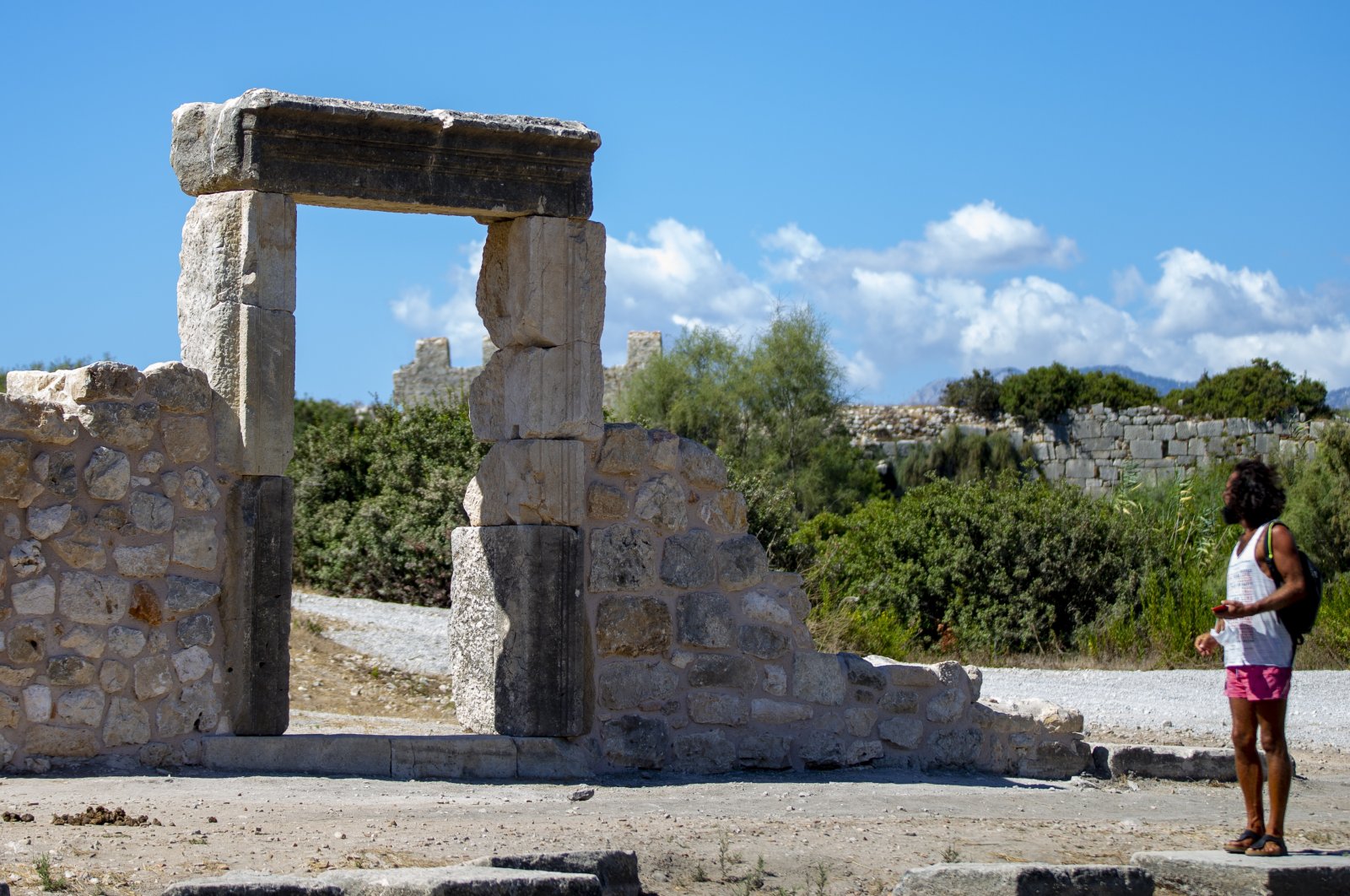 One of the first baths in Anatolia, built by Roman Emperor Nero in the ancient city of Patara in today's sun-soaked Turkish province of Antalya, is slated to open to visitors next year.

Mustafa Koçak, an academic at the Department of Archaeology of Antalya Bilim University and vice president of the excavation team in Patara, told Anadolu Agency (AA) that the ancient city is known for its city gate, lighthouse, parliament building and ancient theater, in addition to its baths.

Noting that there are four baths belonging to the Roman period in Patara, he stated that the oldest of them, the 9-meter-high (29.5-foot-high) facility to the east of the city square, is one of the first examples of a bath in Anatolia.

Pointing out that they started excavations on the oldest bath two years ago, Koçak said they have completely unearthed its interior and have proceeded to its exterior with seven archaeologists and 17 workers. He noted that the outside walls and pools of the bath remain standing and are in good condition.

Koçak said the ancient facility is estimated to be 2,000 years old, noting, "It was built by Emperor Nero, just like the lighthouse."

"Roman baths are a precursor to Turkish baths. The structures that we know as Turkish baths hail from Roman baths. We can call this bath 'the ancestor of the Turkish baths in Anatolia.' There are cool rooms, tepidity rooms and hot rooms in the bath, as well as cold and hot pools. Despite its appearance in a foreign culture, Anatolia assimilated the bath and adapted it to its own culture," he explained.

"The excavation of the bath’s exterior will be finished next year, and it will be opened to visitors. During the period when this bath was built, it was used not only as a place of bathing and hygiene but also as a place of socialization. Therefore, it may host events or be used as an open-air museum in the future," Koçak said.

Koçak said the bath's role as a social venue explains why it is located in the square at the very heart of the ancient city.