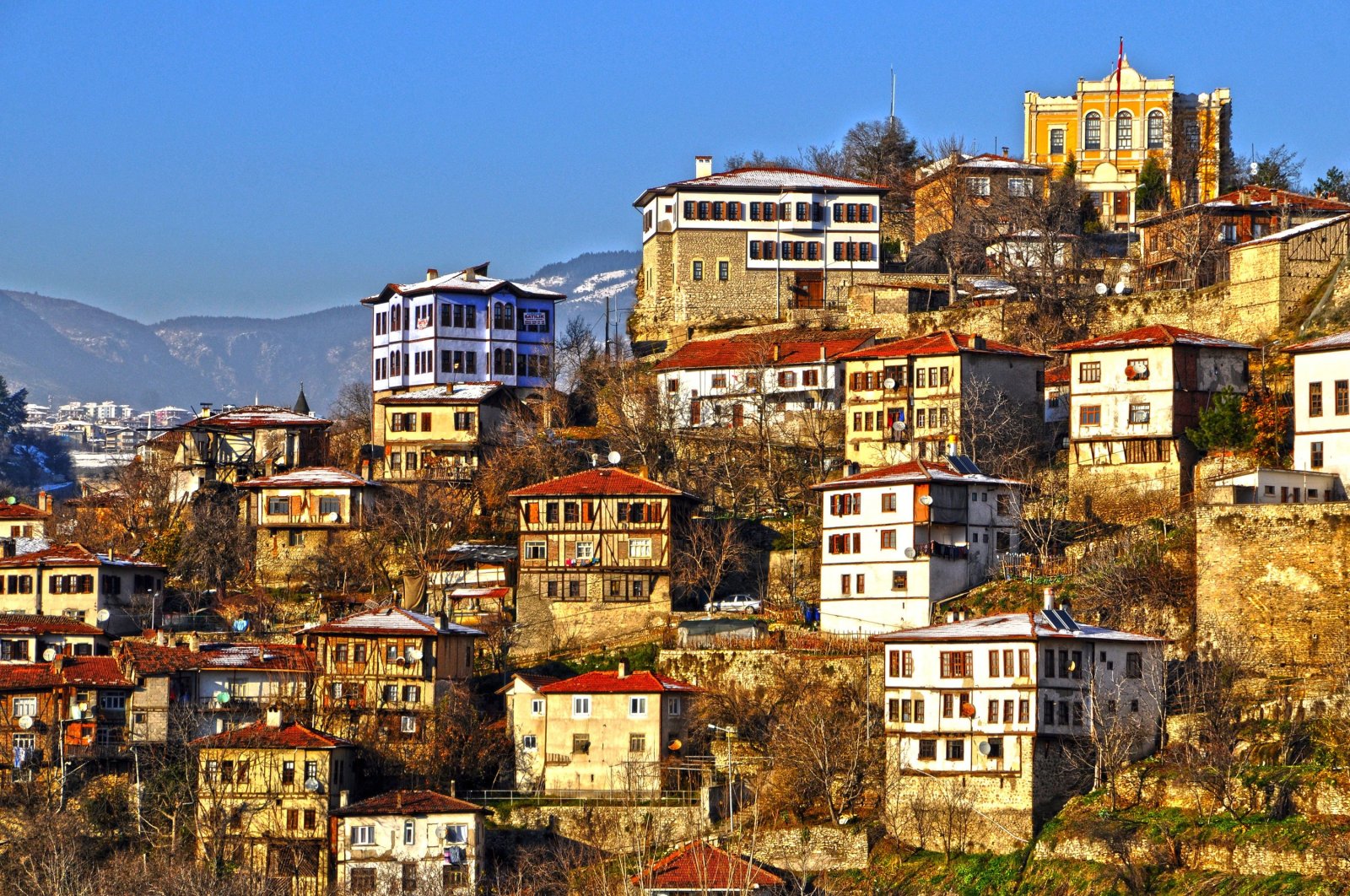 The traditional Ottoman houses create the urban layout of Safranbolu. (Shutterstock Photo)
by DAILY SABAH WITH AA Oct 11, 2020 10:59 am

Gleaming with its urban layout created by traditional and aesthetic Ottoman structures, the town in the northern Karabük province is Turkey’s capital of preservation thanks to 44 years of effort

Safranbolu, a town in Turkey's northern Karabük province, is famous for its Ottoman-era buildings that include frame houses, mosques, inns, Turkish bathhouses, fountains and shrines. It has been intently preserved since it was declared a historical site by the Ministry of Culture’s Higher Committee for Immovable Historical Artifacts and Monuments on Oct. 8, 1976.

Turkey protects 1,125 of about 50,000 cultural and natural assets in Safranbolu. Following the ministry's declaration, the town attracted the attention of academic circles. In addition, the documentary “Safranbolu’da Zaman” (“Time in Safranbolu”), directed by Süha Arın, was shot there beguiling visitors with its historical atmosphere. The movie received the Golden Orange Award for the Best Short Film at the 14th Antalya Film Festival in 1977.

Thereafter, the spellbinding town was added to UNESCO’s World Heritage List on Dec. 17, 1994, which changed its identity. The area’s abandoned historical mansions that are the most important building blocks of Turkish urban culture were given function, deteriorated cobblestones were rebuilt, monumental buildings were restored, and nearly-forgotten handicrafts were revived.

"Safranbolu is a typical Ottoman city with classic buildings and streets and played a key role in the caravan trade for centuries," reads UNESCO's description of the city. "There is no doubt about the authenticity of the street layout and the general townscape of Safranbolu, which is evocative of pre-industrial Turkey,” the statement adds.

Safranbolu's traditional Turkish houses were built in the 18th, 19th and early 20th centuries and are the products of great cultural accumulation, material wealth and high levels of craftsmanship. The original structures have survived thanks to various efforts and the town has become one of the top 20 best-protected cities in the world.

Karabük Governor Fuat Gürel told Anadolu Agency (AA) that they are marking the 44th anniversary of the decision to preserve Safranbolu. According to Gürel, many 300-year-old structures still function as on the first day they were built. “The decision to preserve Safranbolu almost changed the fate of the district. Since then, our historical town has become a place frequented by academics, historians, politicians and architects, and its success has gone beyond the borders of the country being registered as a 'World Heritage City' by UNESCO.”

Emphasizing that the historical town is admired not only in Turkey but also worldwide, he noted: “Our ancestors passed on to us the most important building blocks of Turkish urban culture that they lived in. Our greatest task is to protect our concrete and abstract heritage and transfer it to future generations. The state has restored hundreds of artifacts in the town, which comes to mind first when it comes to 'preservation' in the country. The people in the town also embraced artifacts and restored them. About 70% of the registered artifacts have been restored. Traditions, customs and crafts are also alive in our town. For this reason, it deserves the title of ‘capital of preservation.’”

Gürel stated that they have learned through experience how preservation paid off, continuing: “After the decision, about 1.3 million local and foreign tourists started to visit our historic district annually. The Golden Saffron Documentary Film Festival with the theme of ‘Cultural Heritage and Preservation' has been held for 21 years. An archive consisting of around 100,000 documents and photographs has been created through the festival, which is aimed at protecting artifacts in our country and in Safranbolu in particular. This cultural archive is an important document about concrete and abstract heritage for future generations. Safranbolu will continue to set an example for Turkey in the field of preservation.”

Gürel expressed gratitude to all those who made the preservation decision 44 years ago and to those who acted in line with the ruling.