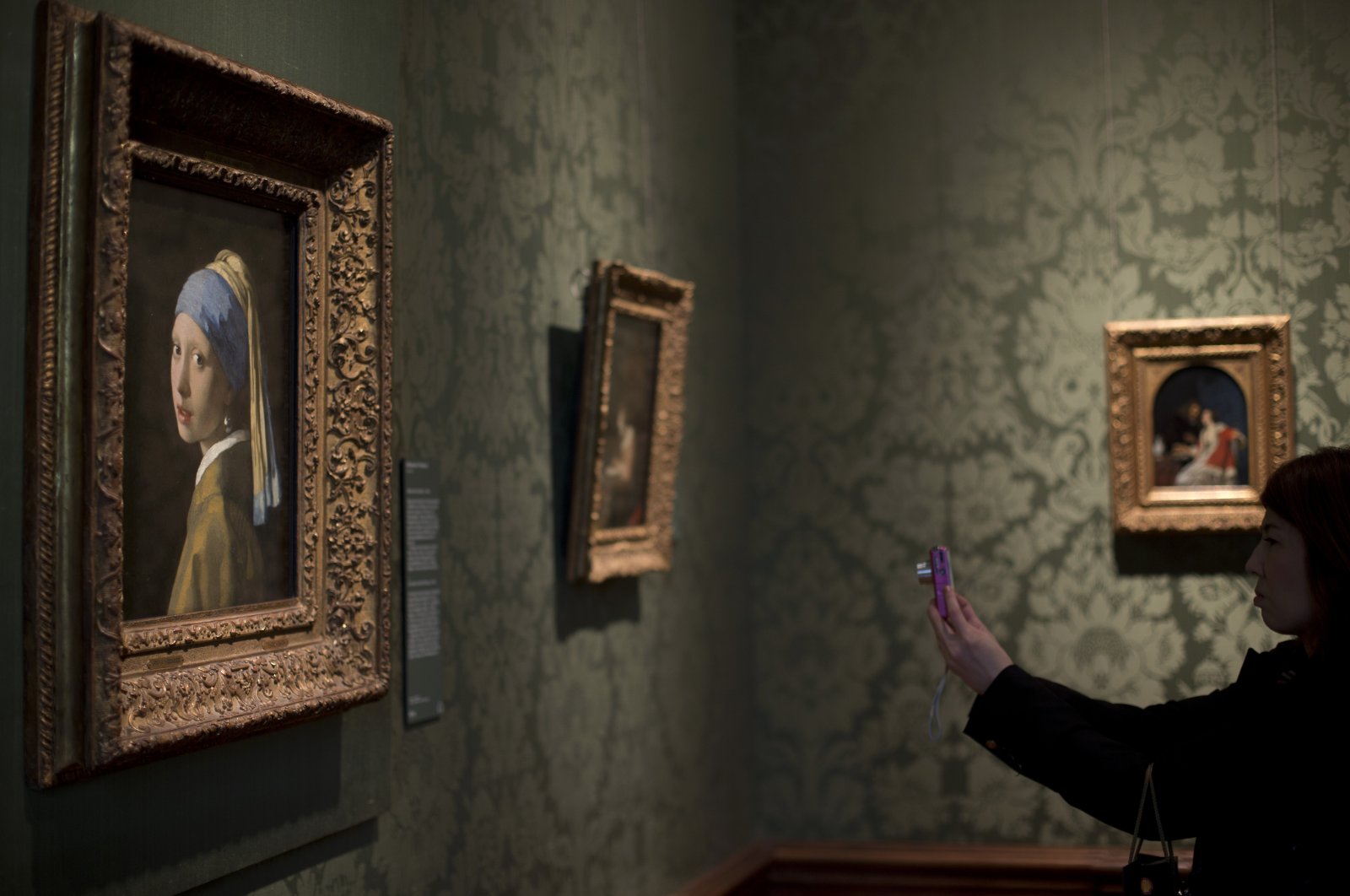 A visitor takes a picture of Johannes Vermeer's 17th century masterpiece "Girl with a Pearl Earring," (L) during a preview for the press of the renovated Mauritshuis in The Hague, the Netherlands, June 20, 2014. (AP Photo)
by German Press Agency - DPA Apr 28, 2020 5:55 pm

The biggest scientific examination to date of the famous painting "Girl with a Pearl Earring" by Dutch painter Johannes Vermeer has yielded surprising new discoveries, the Mauritshuis museum in The Hague announced Tuesday.

"We've got much closer to the painting than ever before," museum director Martine Gosselink said during a video news conference.

According to the museum, a team of researchers discovered that Vermeer (1632-75) had originally painted a green curtain behind the girl, which vanished over time.

They were also able to detect the fine eyelashes of the girl, which are not visible to the naked eye, by using an x-ray scanner.

In addition, the researchers found that the pearl earring is just an "illusion," according to the museum. It simply floats as there is no hook that attaches it to the girl's ear.

Also thanks to the examination, Vermeer's color range has been described in detail for the first time.

The painting's biggest secret, however, the identity of the girl in the painting, could not be revealed.

An international team of researchers had examined the painting, created between 1665 and 1667, in March 2018, using the latest scans and techniques. It was the second major scientific analysis of the masterpiece after one in 1994.