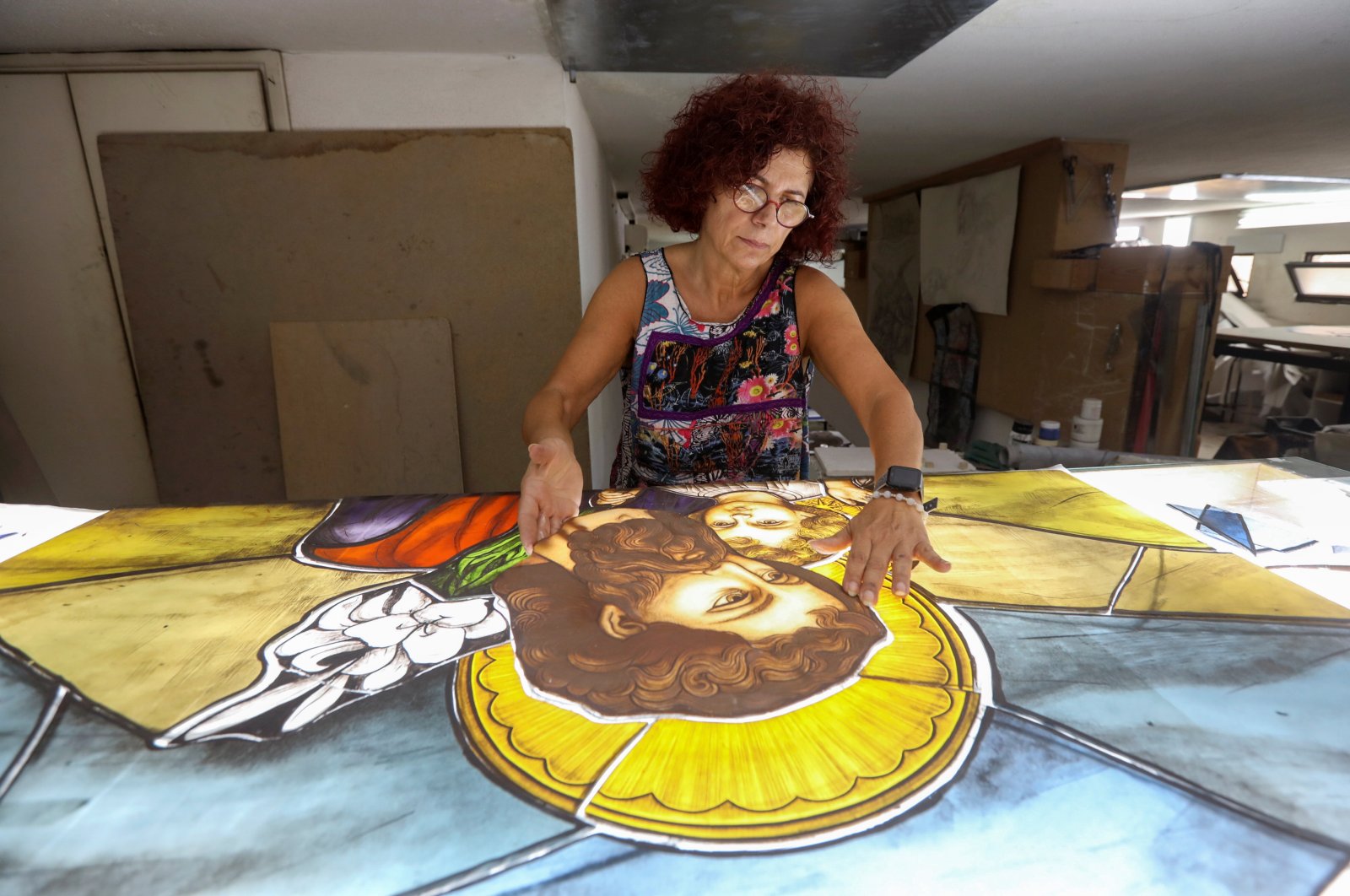 Two decades of Maya Husseini’s work to restore stained glass windows destroyed in the Lebanese civil war was lost in an instant in the seismic port explosion in Beirut.

“I can say that in this blast, 20 years of my professional life was on the ground,” said Husseini, 60, who has worked on historic landmarks including many of Beirut’s churches.

The Aug. 4 detonation of a massive quantity of explosive chemicals stored unsafely at Beirut port killed at least 178 people, injured some 6,000 and damaged buildings across a swathe of Beirut, carpeting streets in broken glass.

Damaged buildings included the Sursock Museum, a modern and contemporary art museum reopened in 2015, whose vibrant stained glass had been painstakingly restored by Husseini.

Its windows, which were particularly eye-catching at night when they were illuminated, were blown out by the blast.

At least 10 of the projects Husseini has worked on since the 1975-90 civil war have been destroyed. “Every day I am getting phone calls,” she said at her workshop on the outskirts of Beirut.

Husseini learned her craft in France, sent by her father, a church engineer who used to order stained glass from overseas as the leaded, stained glass was not common in Beirut prior to the war.

One of the projects in which she took the greatest pride in was the 19th century St. Louis Capuchin Cathedral in the Bab Idriss district of Beirut’s historic city center, an area where she recalls going to drink lemonade with her friends as a child.

The windows of the church, which was destroyed in the war, were restored by Husseini over two years in a project completed around four years ago.

“I had tried, as much as possible, to feel the history of this church,” she said. “At that point, I broke down, it was as if I was injured, certainly not physically, but emotionally.”

Husseini said she had been thinking about stopping work in two years but her plans had now changed.