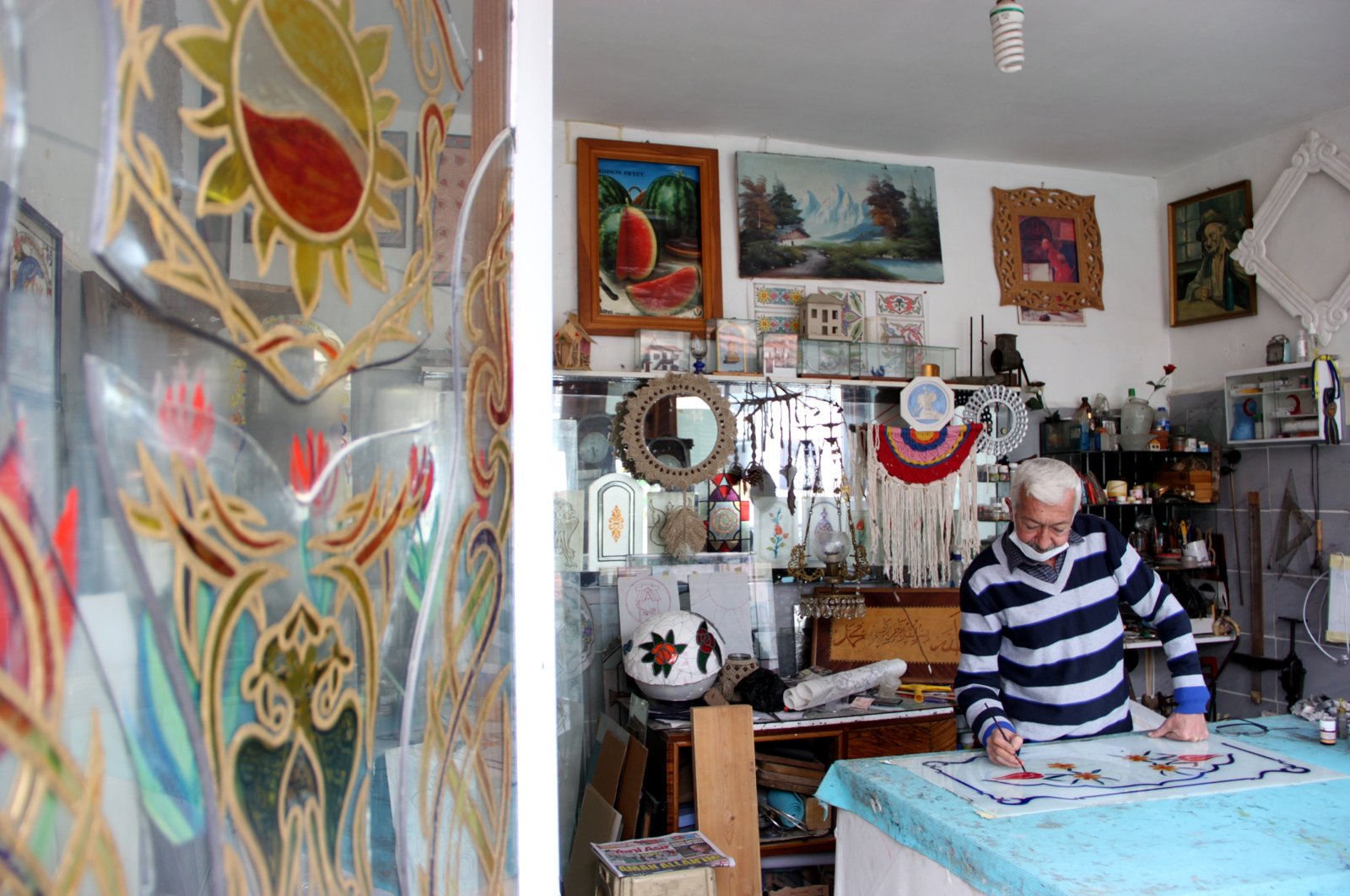 Serdar Arslan, one of the few remaining masters of stained glass, a dying traditional craft, endeavors to transfer this art to future generations in southwestern Turkey Muğla.

Arslan, 56, inherited this art from his father and developed it with further education. He has been producing colorful stained glasses in his small workshop in the Şeyh neighborhood of the central Menteşe district for 38 years. Even now, he is as enthusiastic as when he first started practicing the art.

In the glittering ambiance of his workshop, which he opens early in the morning every day, Arslan reflects the figures he outlines using his imagination on the glass. While trying to make a living with his products, Arslan also struggles to keep his ancestral profession alive.

Arslan spoke to Anadolu Agency (AA) about his work, which is both colorful and complex, saying he studied glasswork at university to further develop his skills.

Arslan noted that while he was studying at the painting department at Trakya University's Faculty of Fine Arts, he often went to Istanbul to learn the craft from stained glass masters.

The master said he continued his father's profession after returning to his hometown. He receives orders for the decoration of mosques, historical buildings and newly-built hotels in touristic provinces. He also produces spellbinding works for doors and jeweler showcases.

He emphasized that stained glass, which is a traditional art with a long history, is made with pleasure and spirit. He said the art dates back to the times when large-sized glass could not be produced.

Arslan said none of the 63 apprentices he trained during his professional life are currently making glass decorations. "Our young people are focused on the computer age. They are ill-disposed to handicrafts. They are curious but they do not think they can generate an income through this art. Although there are talented young people, they quit after a certain level of learning. They move on to other branches. It is hard work that requires patience. It takes three-four days to process a piece of glass. I mean, you may be penniless until the job is done. You need to endure that."

According to Arslan, there were previously 87 stained glass masters registered with the Ministry of Culture and Tourism, but this figure has dwindled to just 67.

Arslan said he is the only stained glass master in Muğla. "I will try to keep this art alive as much as I can. If anyone is interested in this job and wants to get it as a profession, I will try to train them. This is all I hope."