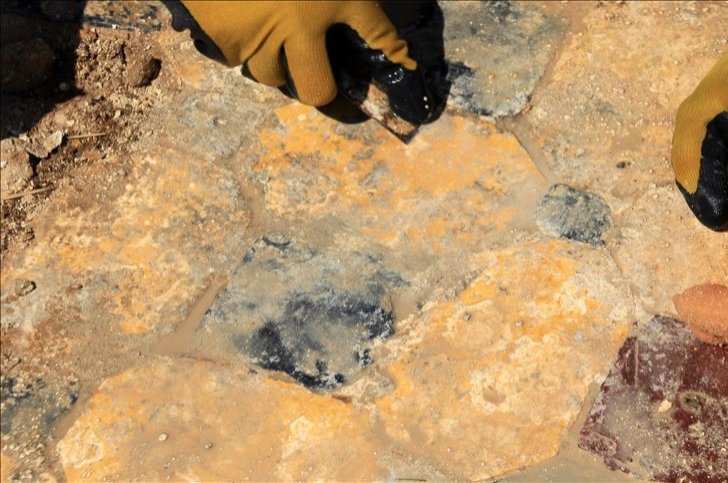 Archaeologists Friday discovered a sun disc on a rock altar in the ancient Thracian settlements of Turkey's northwestern Edirne province.

Explaining that the sun disc was used to observe the movements of the moon and the sun, Beksaç said Thracians were traditionally highly astute in matters of astronomy.

In his examination of the rock altar where the Thracians performed religious rituals and worship, he said: “The rock altar is a type of temple that hosts rituals and prayers held on anniversaries and specific times. We know that rituals were performed in these temples to get closer to the Mother Goddess.”

Beksaç said he discovered the rock altar years ago and from time to time carried out various studies on it.

Explaining that the discovery further demonstrated the astronomical understandings of the period, Beksaç said: “We do not come across such finds much in Eastern Thrace. There are not many examples in Edirne. We see more examples of these kinds of sun discs in Bulgaria, in fact. The discovery shows that temples were used to make astronomical observations.”