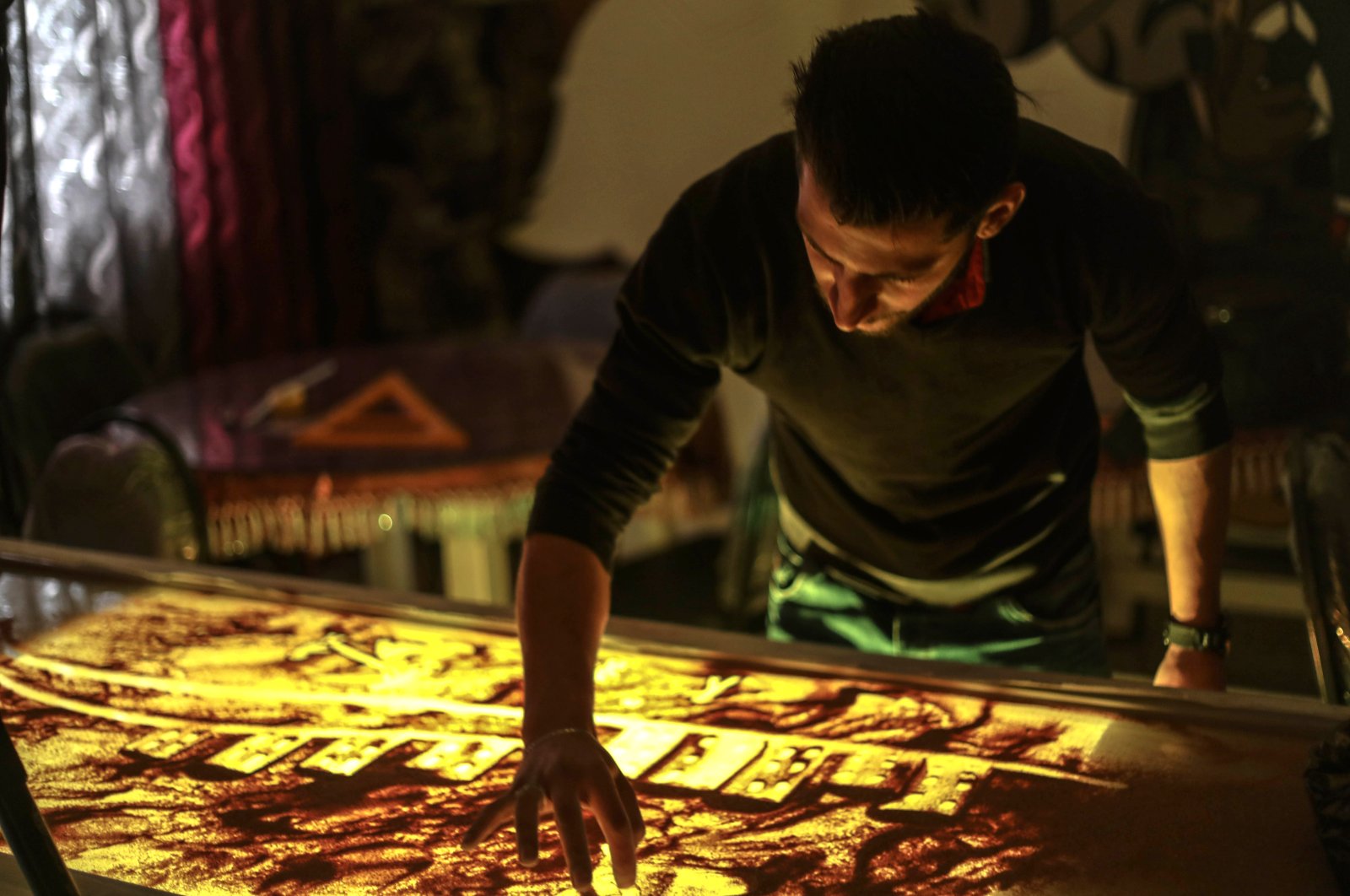 Syrian painter Muhammad Said, who had to immigrate to Idlib due to the ongoing civil war in Syria, details his struggle, his fight for survival and the details of the lives of civilians living in crude tents in refugee camps through his unique sand artwork.

Said had to endure the unimaginable heartbreak of leaving his home in Maarrat al-Numan, also known as al-Maarra, 15 months ago. Moving to Idlib, the artist decided to develop his painting skills and draw the struggles of his people through sand painting, which is the art of pouring colored sand to make a fixed or unfixed work of art.

The technique is employed by various cultures around the world, often as ritual paintings prepared for religious ceremonies. Some of its most famous examples are by Tibetan Buddhists, whose sand paintings are usually used to compose mandalas, geometric configurations of symbols. The construction of the mandala takes several days, and it is destroyed shortly after its completion.

Said learned the techniques of sand painting from the social media platform YouTube and for nearly a year, he has been telling the emotional story of Bashar Assad forces' attacks on his town and civilians, the destruction of his house and his new life in a tent.

“I show the immigration of innocent people to tent camps and the ordeals that they had to go through during winter months in their tents in the sand,” Said told Anadolu Agency (AA). He noted that he also illuminates his sand paintings.

Said pointed out that his aim was to present to the world the pain, fear and lives of Syrians. “In one of my illustrations with the sand, regime fighter jets fly over a neighborhood in Syria. They blast down the neighborhood onto the residents’ heads. Civilians die,” he said.

Nearly 2 million civilians have been displaced in the Idlib region and most had to immigrate to areas closer to the Turkish border between 2017 and 2020 due to Assad forces violating the armistice agreement that made the region a de-escalation zone.