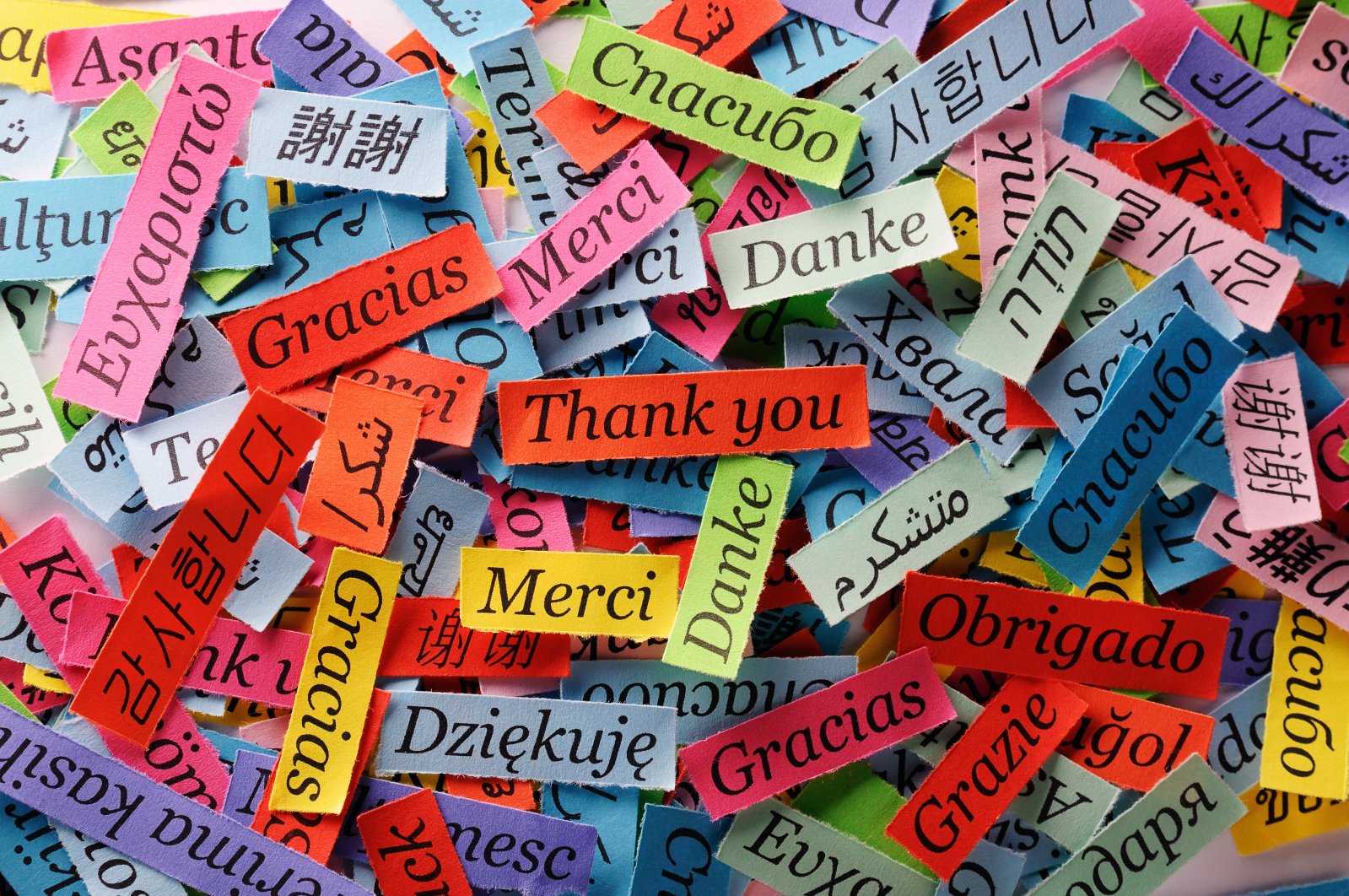 The phrase “Thank You” printed on colorful papers in different languages. (Shutterstock Photo)
by DAILY SABAH WITH AA Feb 23, 2021 9:39 am
RECOMMENDED

There are nearly 7,000 languages spoken worldwide, and among these, a total of 2,500 distinct languages are under threat of extinction according to Öcal Oğuz, the president of the Turkish National Commission of UNESCO. Oğuz remarked that many of these languages belonged to the Turkish language family.

Speaking with Anadolu Agency (AA) on the occasion of International Mother Language Day, a worldwide annual observance initiated by UNESCO and held on Feb. 21 to promote awareness of linguistic and cultural diversity, Oğuz stated that the disappearance of languages had increased in the last decade due to changing social, political and economic landscapes.

“Nearly 2,500 languages face extinction because the number of their speakers is very low. Unfortunately, according to statistics and compiled data, one of these languages disappears every 15 days,” Oğuz said.

Noting that languages spoken by less than 10,000 people make up the bulk of those in danger of disappearing, he said the fact that the languages of many communities belonging to the Turkish language family are among those that will disappear requires special attention.

Stating that it is difficult to reach the speakers of around 200 languages, Oğuz said more than 250 languages have disappeared since 1950. He added that according to UNESCO, a language should be spoken by a minimum of 10,000 people to ensure intergenerational transmission.

Oğuz pointed out that culture carried significant importance for humanity and reiterated a quote from the UNESCO Universal Declaration on Cultural Diversity. “As a source of exchange, innovation and creativity, cultural diversity is as necessary for humankind as biodiversity is for nature. In this sense, it is the common heritage of humanity and should be recognized and affirmed for the benefit of present and future generations,” reads the declaration.

“This statement should be taken into consideration with not just economic growth but with intellectual, ethical and spiritual existence ... Languages carry strategic importance for humans and our world, with their roles of identity, communication, socialization, education and sustainable development. In this regard, we should raise awareness of the irreplaceable importance that they contain,” Oğuz said.