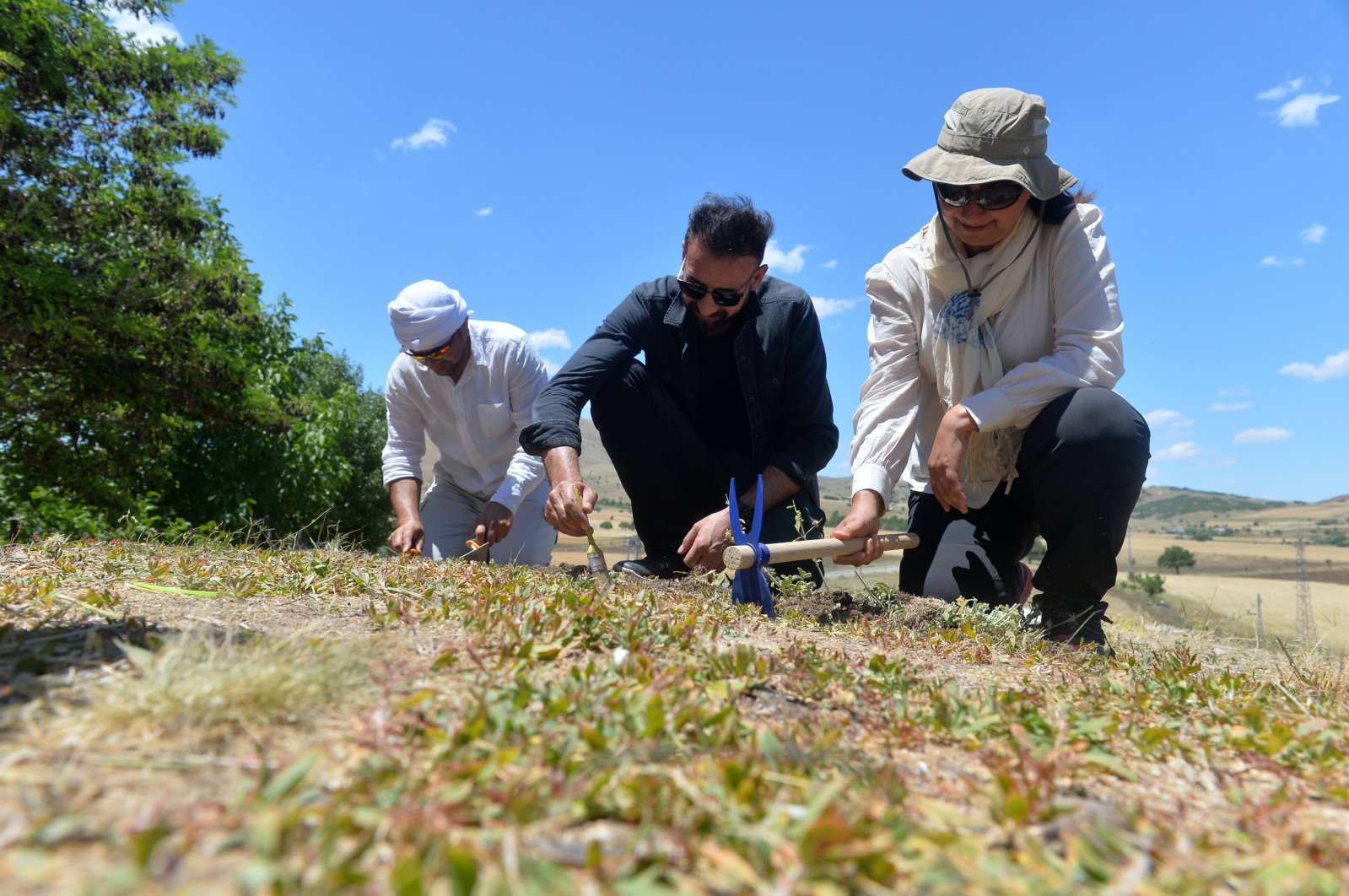 A group of archaeologists carry out excavations by hand at the Tozkoparan Mound site in Tunceli, Turkey, June 22, 2021. (AA Photo)
by DAILY SABAH WITH AA Jun 24, 2021 11:58 am
RECOMMENDED

Archaeological excavations at the Tozkoparan Mound in Turkey's Tunceli province are expected to make the city one of the historical tourism centers of eastern Anatolia with thousands of years of history waiting to be uncovered.

The Provincial Directorate of Culture and Tourism and Tunceli Museum have decided to rescue Tozkoparan Mound from oblivion. This first-degree protected archaeological site located in the Pertek district of Tunceli had been destroyed by the construction of houses as part of the village settlement area on top of the site.

The project, dubbed a "rescue excavation," has been approved by the ministry to save the mound from illegal excavations and local destruction. Archaeological excavations have now started at the site for the first time since 1968.

A team of about 15 archaeologists and art historians have taken part in the excavation, and the process is being carried out meticulously to preserve the historical texture.

The finds of the excavations, which are carried out by hand, are to be protected and exhibited in the Tunceli Museum.

A ceremony was held in the village of Tozkoparan before the excavations, where Tunceli Governor Mehmet Ali Özkan said there were many historical artifacts in Tunceli and that they were working hard to provide natural protected areas for tourism.

Özkan stated that the excavations at Tozkoparan Mound would prove to be a journey through history.

"Hopefully, with the aspirations and expressions of our friends, this will be an area that will add strength, drive and power to the archeology and history of Tunceli," Özkan told Anadolu Agency (AA). "I wish my friends success in advance."

Özkan expressed that Tunceli continued to move toward the future with its historical, touristic and natural wonders. "I hope this excavation will be beneficial," he said and added: "I wish my friends good luck and at the same time, I hope they will uncover findings and artifacts that will strengthen our archaeological power, our history, as we expect they will."

Excavations and Tunceli Museum director Kenan Öncel meanwhile said that the excavations had accelerated with the opening of the museum in the city in 2020. Öncel stated that their aim was to gain a better look at the history of Tozkoparan Mound.

"We will evaluate the data we have obtained here with academicians and reveal new details and characteristics about our city," he said.

"Excavations are also important for us in this respect: This will be the first systematic excavations to be carried out in Tunceli since the Keban Dam Lake rescue excavations in 1968."