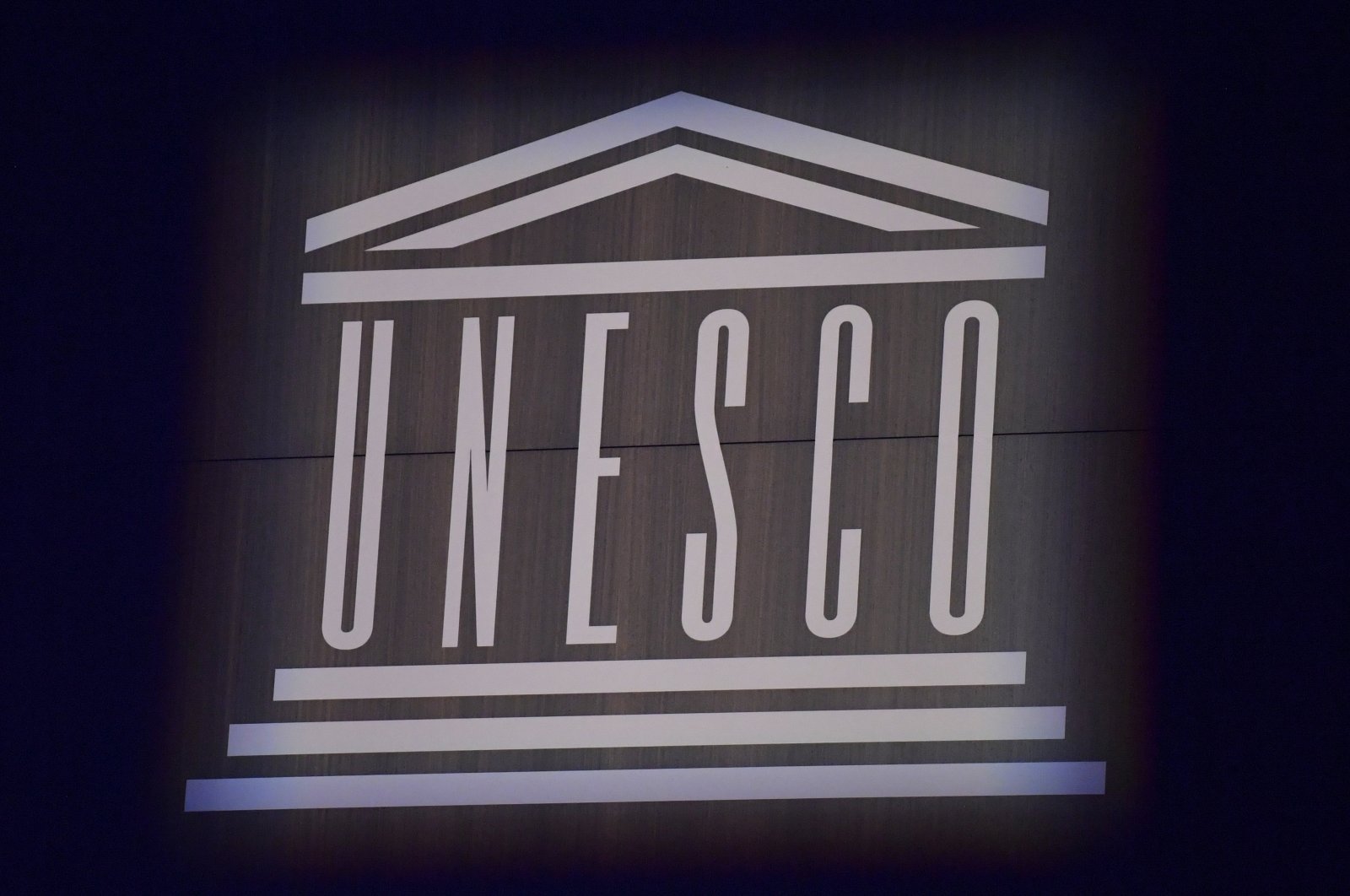 This photograph shows the logo of UNESCO during celebrations marking the 75th anniversary of the organization at its headquarters in Paris, Nov. 12, 2021. (AP Photo)
by DAILY SABAH Nov 17, 2021 7:20 pm

Turkey has been reelected as an executive board member of UNESCO for the 2021-2025 period, according to a statement.

In elections held Wednesday at UNESCO’s 41st General Conference, Turkey was able to save its spot to serve another term in the world body.

“Believing in the significance of maintaining active support to all levels of the Organization, we will continue to contribute strengthening UNESCO’s activities and values as a member of the Executive Board,” the Foreign Ministry said.

The ministry continued by noting that the country’s election for another term indicates its active and successful performance in its previous term, as well as its contribution to education, science and culture on a global scale.

UNESCO’s executive board consists of 58 member-states, who are elected for a four-year mandate, during which they discuss and negotiate key decisions.