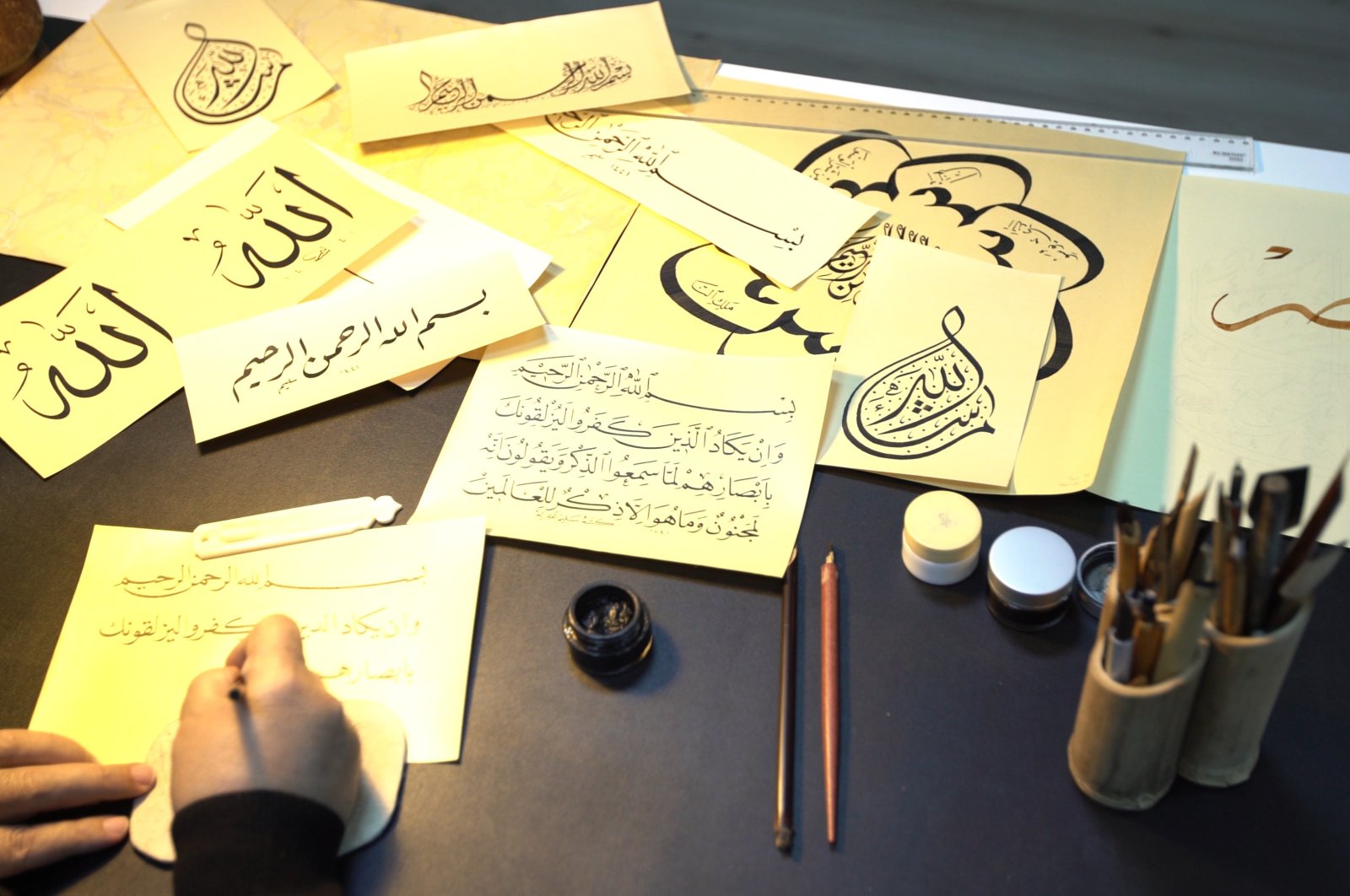 Islamic calligraphy is the artistic practice of handwriting and calligraphy based upon the alphabet in the lands sharing a common Islamic cultural heritage. (İHA Photo)
by Anadolu Agency Apr 05, 2020 12:03 pm
RECOMMENDED

According to a statement from the Ministry of Culture and Tourism, Turkey will continue its tireless work with the United Nations Educational, Scientific and Cultural Organization (UNESCO) to allow for the official safeguarding of the country's intangible cultural heritage sites.

Thanks to efforts undertaken by the General Directorate of Research and Education of the Ministry of Culture and Tourism, Turkey has applied for the registration of four elements – one national and three multinational – as part of UNESCO’s Representative List of the Intangible Cultural Heritage of Humanity.

The national element suggested to UNESCO is the art of Islamic calligraphy, while multinational elements proposed for the list include: Tea culture as a symbol of identity, hospitality and social interaction; mey/balaban wind instrument craftsmanship and the art of performance in partnership with Azerbaijan and moderated by Turkey. Meanwhile, the tradition of telling jokes by Seljuk satirist Nasreddin Hodja has been proposed in cooperation with Azerbaijan, Kazakhstan, Kyrgyz Republic, Uzbekistan, Tajikistan and Turkmenistan.

Research and Education Director-General Okan İbiş said efforts to protect intangible cultural heritage and boost the visibility of cultural values at both a national and international level would continue unabated under UNESCO's coordination.

Registered elements to No. 20

Turkey is one of the top five countries to have up to 18 registered elements on the list, among the 178 countries party to the Convention for the Safeguarding of the Intangible Cultural Heritage.

With the addition of two elements previously offered, the number of registered elements the country has included on the list is expected to rise to 20 upon the convention of the 15th meeting of UNESCO’s Intergovernmental Committee for Safeguarding of the Intangible Cultural Heritage, scheduled to take place from Nov. 30 to Dec. 5 in the Jamaican capital of Kingston.

The two other cultural elements being offered with other countries include the art of miniature – in cooperation with Iran, Azerbaijan and Uzbekistan and moderated by Turkey – as well as Mangala / Köçürme, a traditional game of intelligence and strategy, offered in cooperation with Kazakhstan and Kyrgyzstan.