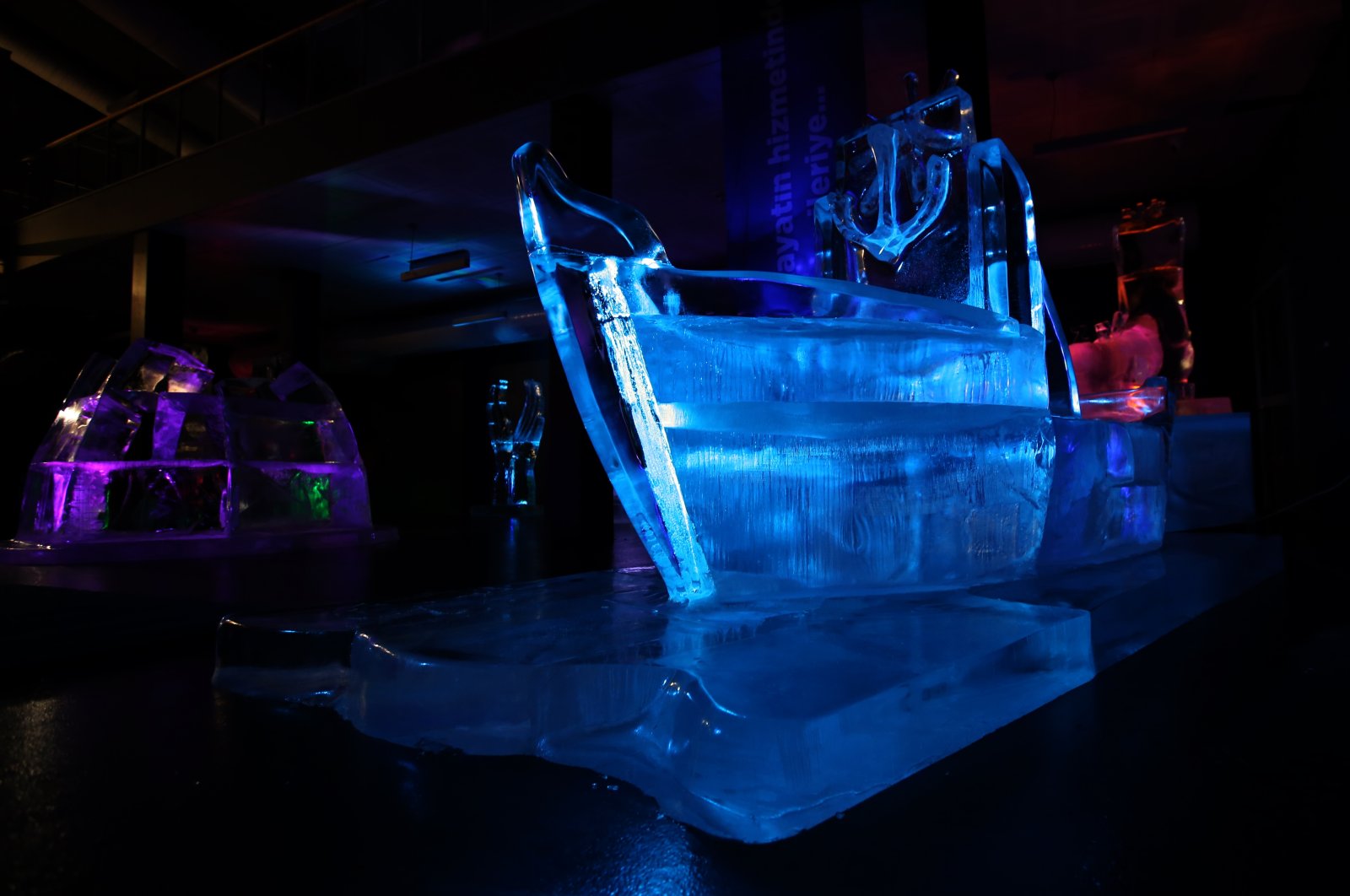 Ata Ince Museum in eastern Erzurum province, one of Turkey's most important centers of winter tourism, has recently added a series of new ice artwork to its selection.

The ice museum, the only one of its kind in Turkey, was opened last year in cooperation with Atatürk University and the Northeast Anatolian Development Agency (KUDAKA). Following its opening, faculty members in the university's sculpture department started producing new projects for the museum at intervals.

Twenty-two works made of ice, including an igloo, a map of Turkey, a Turkish flag and a statue of Nene Hatun, a heroic Turkish mother who left her newborn baby behind to fight for her country during the Russian-Turkish War of 1877-1878, have been added to the exhibition recently under the themes "Republic and Child" and "Salt and Ice."

Mustafa Bulat, dean of the Fine Arts Faculty of Ataturk University, told Anadolu Agency (AA) that the museum was opened on July 15 last year with the support of Ömer Çomaklı, the university's rector.

Bulat said it took three months to prepare the exhibition.

"Many works, such as the igloo house, the symbol of the tent tradition of the poles and Central Asia, statues such as the Huma bird for children, the seahorse and small sailboat, the map of Turkey, the Turkish flag and Nene Hatun, take their place in the exhibit," he said.

Caner Yedikardeş, a member of the university's ceramics department, said the exhibition themed "Salt and Ice" was created by combining ice and ceramic materials. "I was thinking 'How do I associate ice with glass made with terracotta?' I wanted to evaluate it when it was possible," he said.

Halil Daşkesen, an academic in the sculpture department, said he made a piano-shaped sculpture dedicated to Muammer Sun, a former music teacher and Turkish composer. "The piano was especially dedicated to Muammer Sun. In memory of our teacher, who wrote the anthem of the 40th year of our university, we will bring our work together with art lovers for two months," he said.