Turkish architecture brought to life in ‘City of Gladiators’ 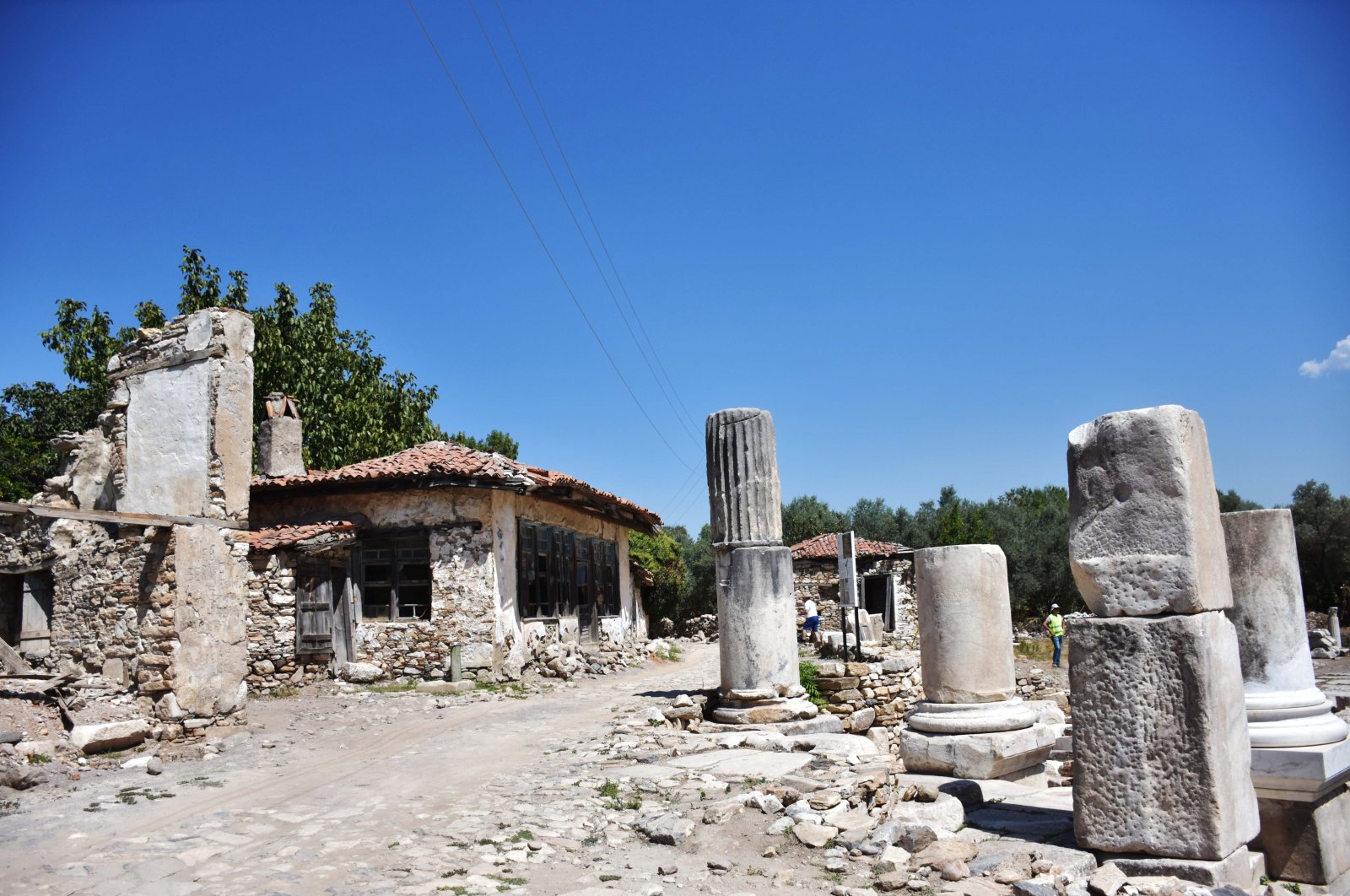 A team of art historians is working to restore traditional Turkish buildings in the ancient city of Stratonikeia, an important city-state in Anatolian lands, along with excavations and restorations

Traditional Turkish houses are being unearthed in the ancient city of Stratonikeia, which is also known as the "City of Gladiators," in southwestern Muğla province.

The ancient city of Stratonikeia, located 7 kilometers (4.35 miles) west of the province's Yatağan district, has been included on UNESCO's tentative list for World Heritage sites. According to UNESCO's website, "Stratonikeia, inhabited continuously from the Late Bronze Age (1500 B.C.) to the present, is one of the most important city-states in inner Caria."

Stratonikeia is notable as one of the rare places where traces from the Hellenistic, Roman, Byzantine, principalities, Ottoman and Republican periods coexist. Excavation and restoration work has been meticulously carried out in the ancient city, including on the Turkish architectural structures in the ancient city by a team headed by professor Osman Kunduracı from Selçuk University's Department of Art History.

In an interview with Anadolu Agency (AA), Kunduracı said Stratonikeia is one of the most important cities of the Caria region and was once home to a settlement belonging to the Carians and Leleges, known as the indigenous, aboriginal dwellers of Anatolia.

Pointing out that the ancient city contains important structures from many periods, Kunduracı stated that he and his team are trying to uncover the architecture from the period Turks lived in the ancient city. “As part of the project, we are identifying traditional houses that existed in the ancient city of Stratonikeia and survived to the present. As part of our work, we have surveyed the houses still standing in the city. We plan to categorize the city's unearthed structures, such as mosques, baths and examples of civil architecture, to determine those from the Turkish period. Our team will document these structures and create a publication detailing them,” he added.

Emphasizing that Stratonikeia is unique because it has hosted a constant stream of inhabits, Kunduracı noted that visitors can also see baths, mosques, houses and a wide variety of ancient ruins. He also said several structures from many periods in the ancient city have survived intact. “Life here has continued without interruption from antiquity to the present day. We want to identify examples of civil architecture that existed very vividly in the 19th and early 20th centuries in this city, which has been within the borders of the Menteshe Beylik (Principality) since the 14th century. Excavations and restoration have been conducted throughout the city, including on the Seljuk bath dating back to the principalities period, the Şaban Ağa Mosque from the Ottoman era and the Bılla house from the early Republican period. Information about these structures has also been published. Our next project will include a publication about the Stratonikeia houses and their significance,” he said. Emphasizing that they aim to preserve the houses for future generations, Kunduracı stated that the architectural features of the structures will be explained in detail in the publication being prepared, including drawings and photographs.

Providing information about the houses in Muğla and the region, Kunduracı said: “One of the most important features of the houses in the region is that the doors of the rooms are very ornamented and decorated and the ceilings of some houses are decorated in the same way. These two elements attract attention in terms of wooden decoration as well.”

Nurcan Bahargülü, a research assistant at the Department of Art History at Selçuk University's Faculty of Literature, who has been involved in the project, said they have been studying the architectural features of Turkish houses in the region for about six years.

Pointing out that they have identified around 30 Turkish houses in Stratonikeia this year as part of the project, Bahargülü stated: “We surveyed them, took their photos and documented them for the archives. Within the next few years, we will gather this information for a book and offer it to readers in our country.” Bahargülü also thanked those who contributed to the preparation of the project.