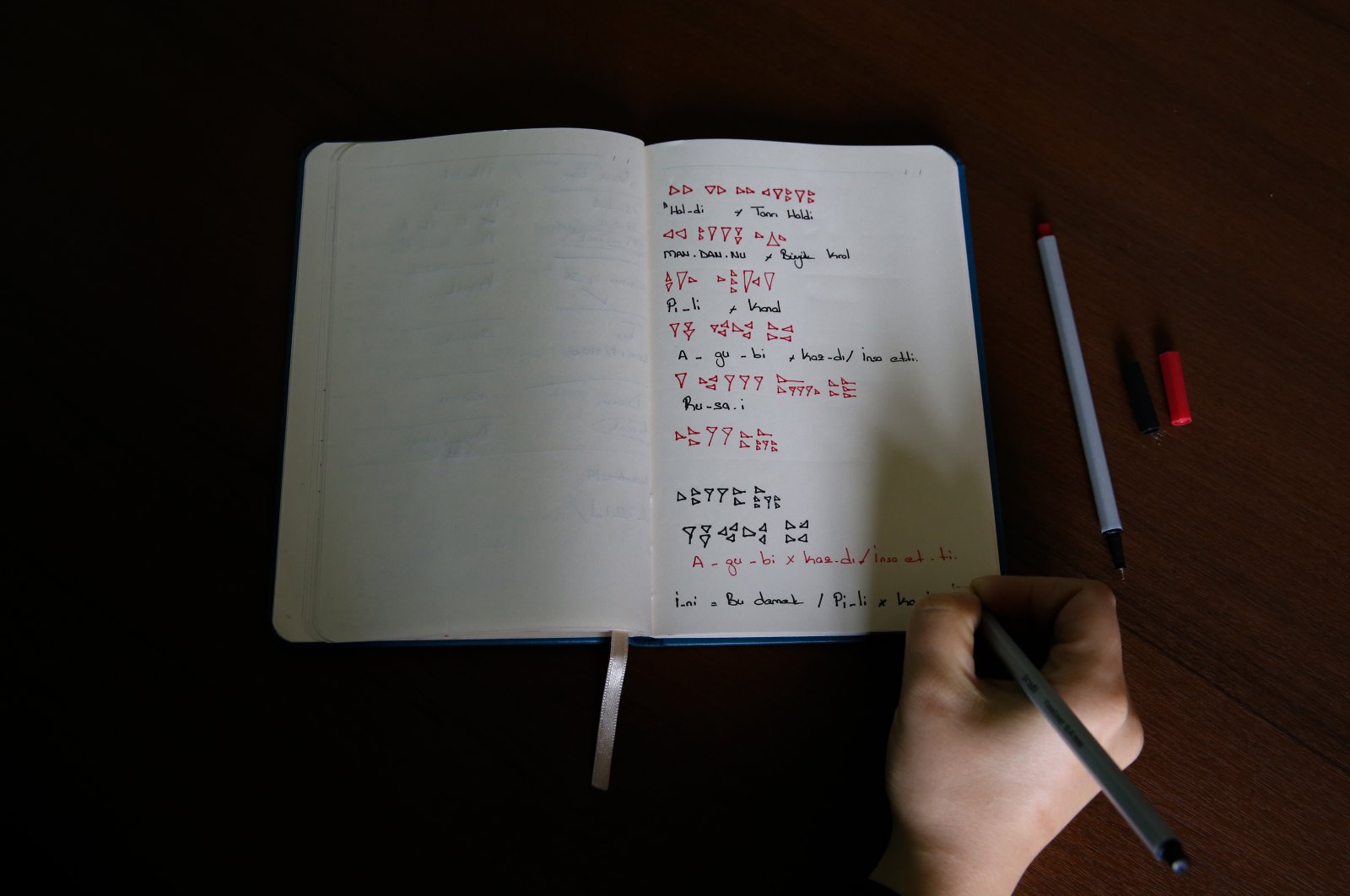 A Turkish university's Urartian lessons are making a significant contribution to the understanding and analysis of the ancient civilization. The language of Urartu, known by only a few people worldwide, will be been handed down to future generations thanks to undergraduate and graduate classes at the nation's eastern-based Van Yüzüncü Yıl University (YYU).

Speaking to Anadolu Agency (AA), Rafet Çavuşoğlu, an archeology professor at the university, said 30 undergraduate students have taken the language's lessons but added that Urartian is taught more extensively at the graduate level. "Five graduate students have reached the stage of both reading and writing Urartu," he said, adding, "Urartian inscriptions shed light on an era."

Stressing the importance of the lessons, Çavuşoğlu noted that Urartian must be taught and translated into contemporary Turkish so that new information can enlighten the historical period.

"Urartian is known as an extinct language. We aim to bring new names into the world of science by giving courses at the graduate level in Uratian," he added.

'Language a must for archaeological excavations'

Pointing out the crucial role the studies will play in archeology, Orhan Varol, a linguistic scientist at the university, said Urartian is needed for successful excavations.

"Despite the research conducted so far, there are still inexplicable words in the Urartu language. Understanding those unknown words will be possible through these lessons," Varol said.

The Urartians existed during the Iron Age near Lake Van and the mountainous plateau between Anatolia, Mesopotamia, the Iranian Plateau and the Caucasus Mountains. Known as the Kingdom of Van, the civilization was established around the mid-ninth century B.C. and enjoyed considerable political power in the Middle East.