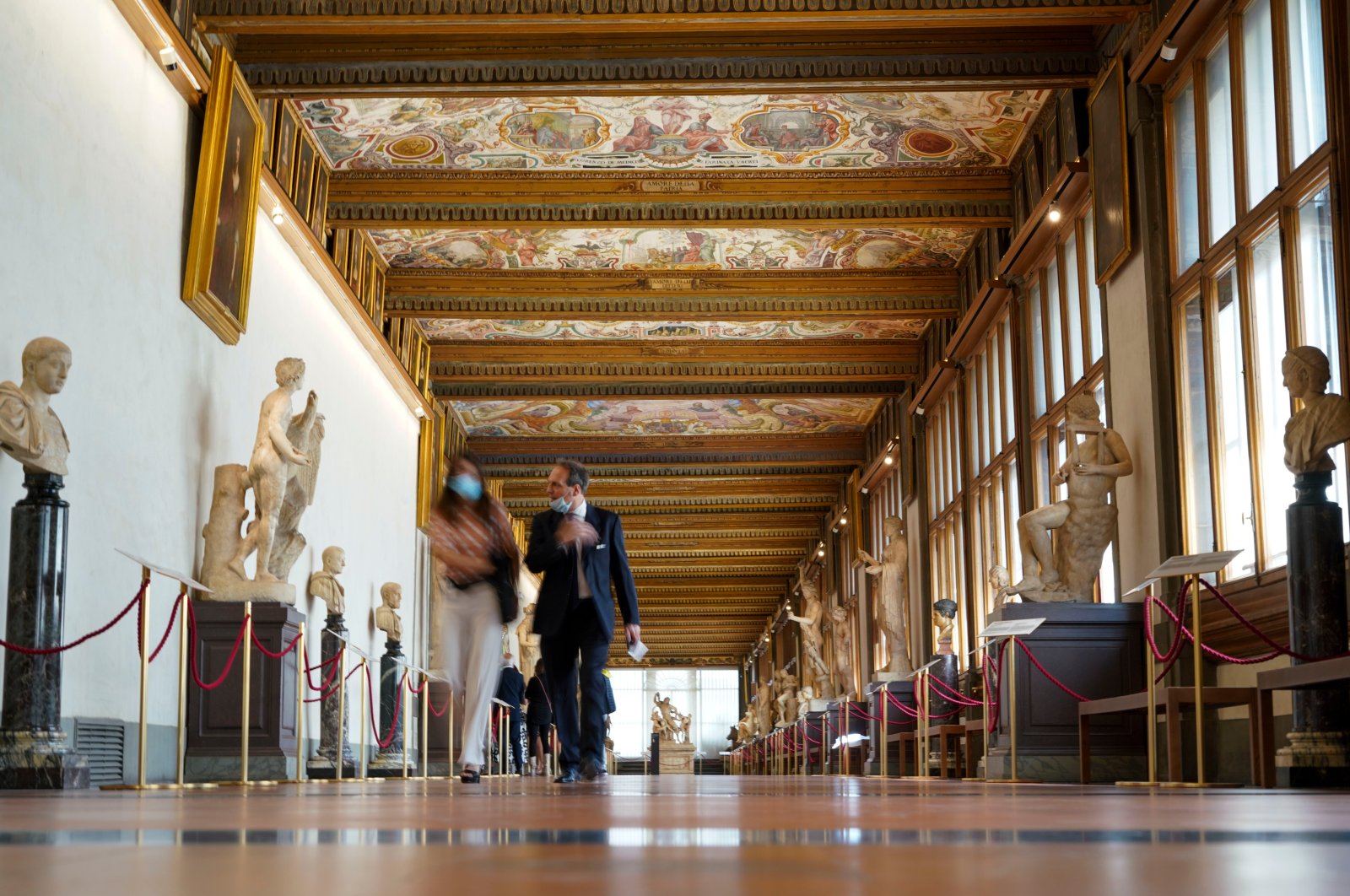 People walk in the Uffizi Gallery during a press tour on the reopening day of the museum, in Florence, Italy, June 3, 2020. (AP Photo)
by German Press Agency - DPA Jul 20, 2020 2:15 pm
Edited By Irem Yaşar
RECOMMENDED

Uffizi Gallery director Eike Schmidt has defended against criticism of the world-famous Florence art collection's social media strategy, which includes controversial art memes on TikTok and an influencer as a modern Venus on Instagram.

The 52-year-old German art historian said in an interview with Sunday's edition of the Roman newspaper La Repubblica that he wanted to generate enthusiasm among younger generations for the collections. "We have a democratic view of the museum: Our collections belong to everyone, not just a self-proclaimed cultural elite, but above all the younger generations," said Schmidt, who has headed the Uffizi since 2015.

The Uffizi Gallery recently posted a photo of the entrepreneur and influencer Chiara Ferragni, 33, on Instagram, in which she poses in frayed shorts and a crop top in front of Sandro Botticelli's picture "The Birth of Venus."

In the accompanying text, Ferragni is described as "a kind of contemporary deity of the social era" and compared to Botticelli's alleged muse Simonetta Vespucci, who embodied the Italian Renaissance's "feminine ideal of women with blond hair and delicate skin."

The post got more than 33,000 likes, but there was also criticism.

Schmidt lamented "an avalanche of sexist comments against a self-made woman."

On TikTok, the Uffizi recently made a name for itself with a playful depiction of the "Medusa" by Michelangelo Merisi da Caravaggio with a modern, pandemic-era mouth-and-nose covering.

"We were among the first museums to go to TikTok," Schmidt told the newspaper. "I get letters from parents telling me how their children asked them to visit the Uffizi Gallery after watching the TikTok videos," he added.